Research Brief
1477
After hitting a five-year high in 2013, payments tech deal activity involving corporations is leveling out in 2014. A mix of tech, telco and financial firms including Intel, MasterCard, Citi and Motorola are some of the most active investors.

Over the past five years, private payments tech companies have drawn massive investment – to the tune of over $5B in the last five years. Interestingly, however, corporate investment into the sector is seeing a pull back.

After hitting a five-year high in 2013, payments tech deal activity involving corporations is on pace for its lowest year since 2009 according to CB Insights data. This report takes an in-depth look at corporate investments into the payments tech space. Specifically, it looks at financing, stage, geography trends into payments.  All of the corporate investment data analyzed is available as part of the CB Insights venture capital database.

Since 2009, corporate investors have participated in over 140 deals totaling $1.83B to payments tech companies. While deal activity looks to be down in 2014, corporations have invested in some notable deals including mobile payments and marketing vendor Mozido‘s $185M financing (MasterCard) and iZettle‘s $61M Series C (Intel Capital, SEB Venture Capital). 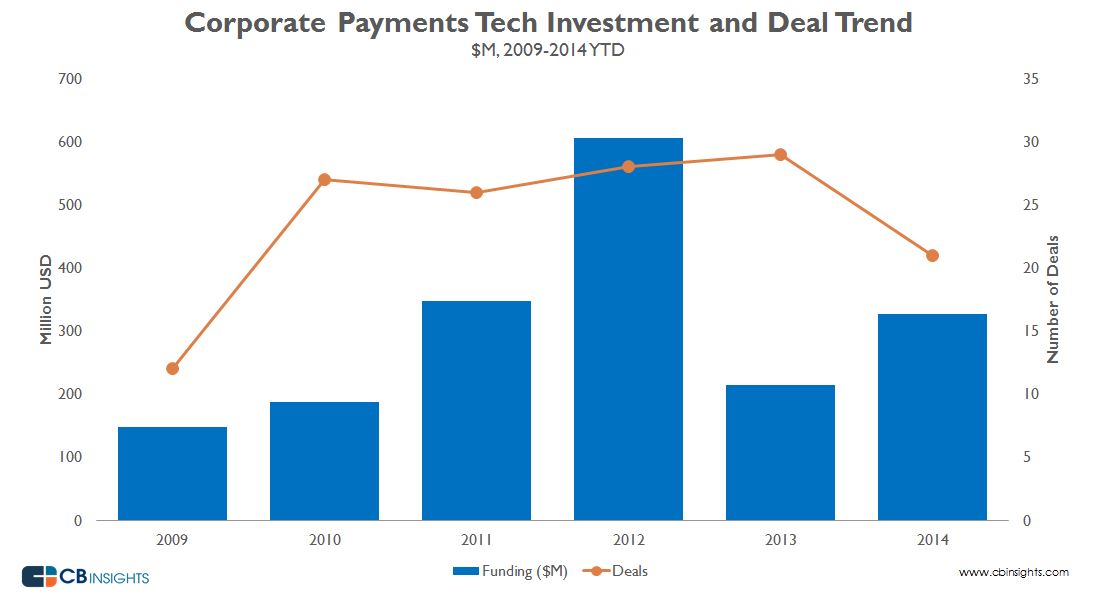 The chart below highlights the distribution of corporate deals by stage within payments tech. 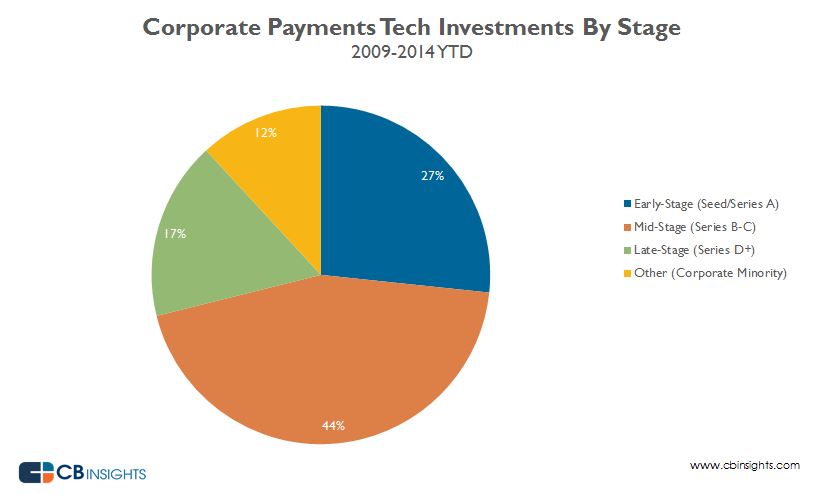 Peeling back the US payments tech deals, we see California has taken 56% of corporate investments since 2009 followed by New York and Massachusetts which take 12% and 11% of deals, respectively. Other states seeing corporate payments tech deals over the period include Texas, George and Colorado.

Corporations investing in payments do nearly 30% of their deals outside the USA. 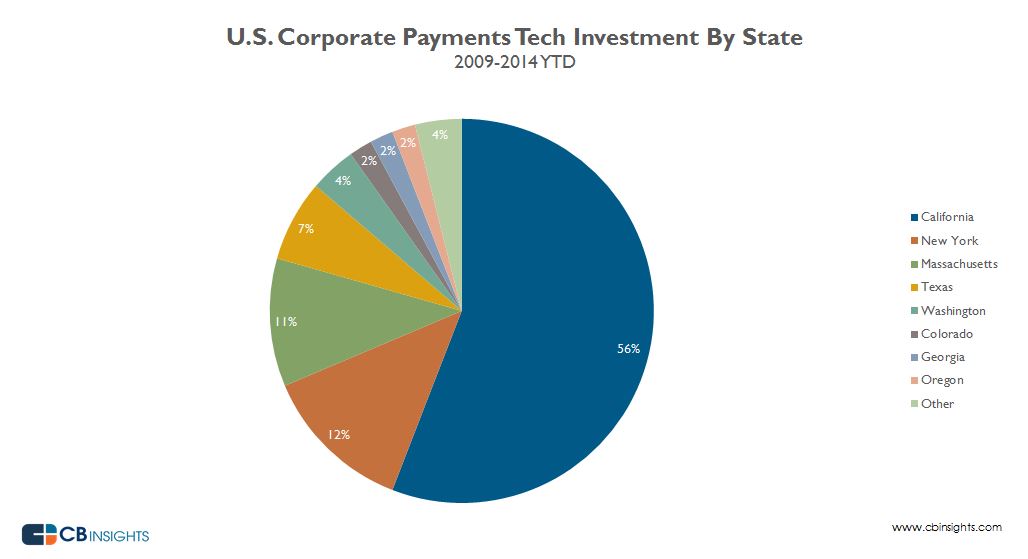 The most active corporates in payments tech

Intel Capital tops the list of investors by unique portfolio company investments in the payments tech space since 2009 including iZettle, Fortumo and mFoundry (acquired by FIS). A mix of payments strategics including Visa, Citi, MasterCard and AmEx are making investments as are tech corporations including Motorola Solutions VC and Qualcomm Ventures. The diversity of the investors in the space underscores the increasingly messy space that payments has become with everyone from tech to telco to payments giants all attacking it.

A list of corporate investors with 3+ payments company investments since 2010 are given below:

Note: Both corporations making direct investments in startups as well as those investing out of separately delineated corporate venture units were included in the dataset. For more data on corporate venture arms, check out our Q2 2014 Corporate Venture Activity Report.

To view all corporate transactions in payments tech, click here after logging into CB Insights.  It will automatically run a Deal Search with the filters necessary to see corporate investments into payment companies. You can refine it further as you choose.

If you don’t have an account on the CB Insights venture capital database, you can create one below.