Research Brief
1953
Corporates like Intel aren't losing their interest in cybersecurity. They participated in17 funding deals to cybersecurity startups in Q2'15.

The cybersecurity industry has gathered momentum over the last few years, especially as recent high-profile data breaches have refocused attention on security risks. We used CB Insights data to identify top corporate venture capital investors in cybersecurity startups, and tracked their investments and deals. Over the last 5 years, funding deals involving corporates have funneled almost $1.3B into the space, across 135 separate deals.

After reaching a low in 2011, cybersecurity funding involving corporates climbed steadily. In 2014, corporates participated in 44 deals worth $502M, including a number of multi-million deals to CipherCloud, Centrify, and Skyhigh Networks. Both funding and dollars appear to be maintaining pace in Q1’15, and may not exceed 2014 numbers. 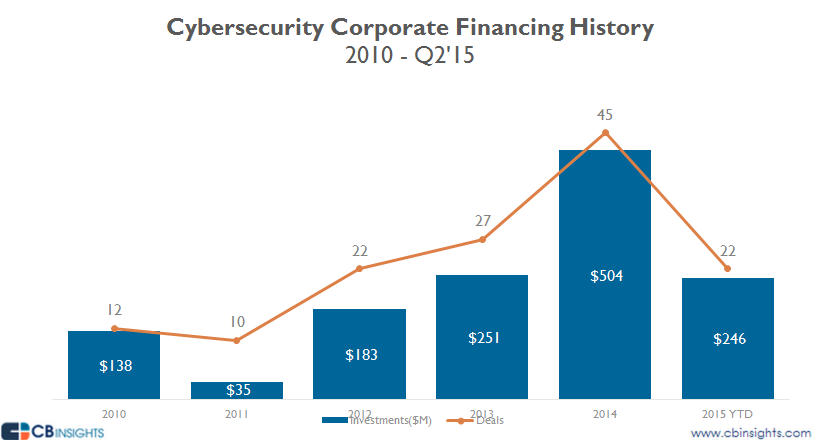 On a quarterly basis, deal flow has decreased quite a bit since a Q3’14 peak, but is was higher in Q2’15 than in the previous 3 quarters. Funding to cybersecurity with corporate involvement has been variable, though quarters from late 2013 to present have tended to see higher funding totals than in the past. It’s worth noting that after a Q2’14 peak of $248M, financing involving corporates has declined for three straight quarters. 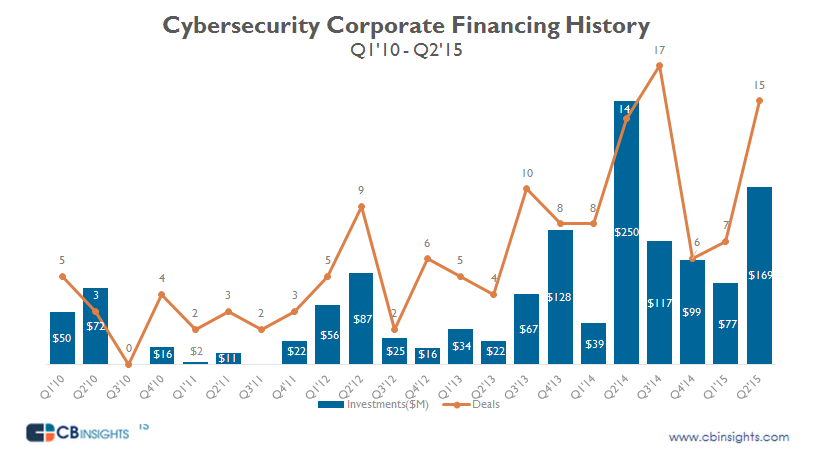 Corporate financing breakdown by round

The distribution of the number of cybersecurity deals involving corporates by investment stage presents no clear trends. The relatively small number of corporate deals each year mean that the data is easily skewed toward one investment stage or another. It is noticeable that late-stage deals have been virtually nonexistent in 2014 and 2015 year-to-date. 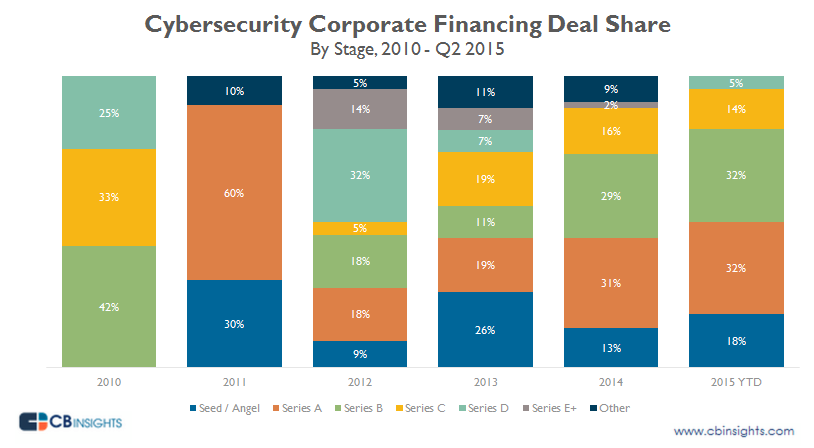 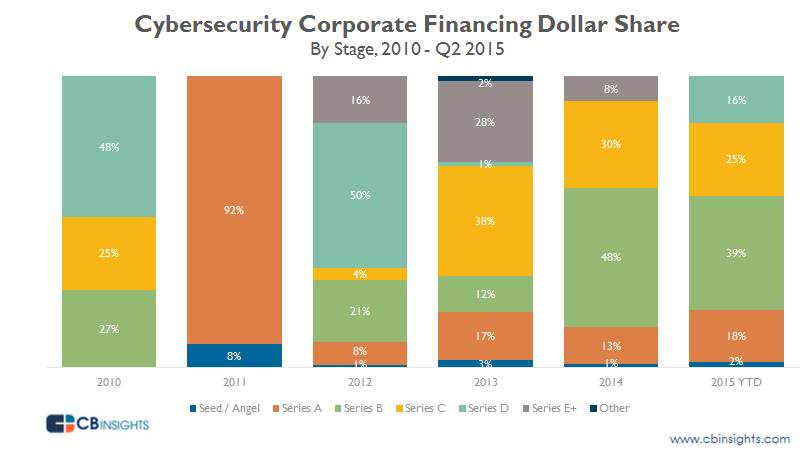 Google, Intel, and Qualcomm also dominated among early-stage corporate investors in cybersecurity. Notably, all of Google Venture’s investments into cybersecurity were early stage, whereas only roughly a quarter of Intel Capital’s were.

Geography of corporate investments in cybersecurity

The vast majority of cybersecurity startup financings involving corporates took place in the United States. The majority went to first-place California (which saw more deals than the other top 5 states put together) followed by Massachusetts, and Colorado. See the chart below for the top five, and the number of deals: 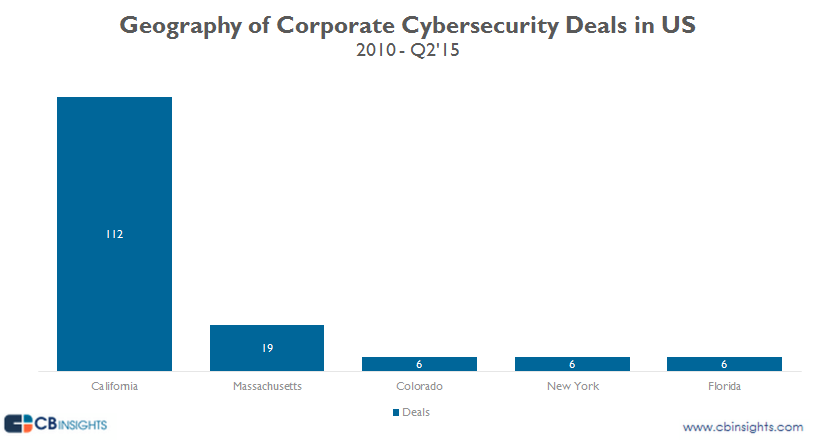