A mix of tech and healthcare strategics including Qualcomm, Google, BlueCross / BlueShield and Merck are actively making investments in the digital health / health IT space.

According to CB Insights data, digital health and health IT companies racked up $2.2 billion in funding through the first half of 2014. And as digital health startups pulled in record funding, corporate investors from Google to Merck to BlueCross BlueShield are actively getting into the fray.

This report takes an in-depth look at corporate investments into digital health & health IT space. Specifically, it looks at financing, stage, geography trends to the space. All of the corporate investment data covered is available on the CB Insights venture capital database.

Since 2010, corporate investors have participated in over 210 deals totaling $2.34B to digital health and health IT companies. With two more months still remaining in the year, 2014 has already seen corporations participate in a record number of digital health deals. Some of the notable deals involving corporations include Flatiron Health‘s $130M Series B (Google Ventures), Health Catalyst‘s $41M Series B (Kaiser Permanente Ventures) and Telcare‘s $32.5M Series C (Qualcomm Ventures). 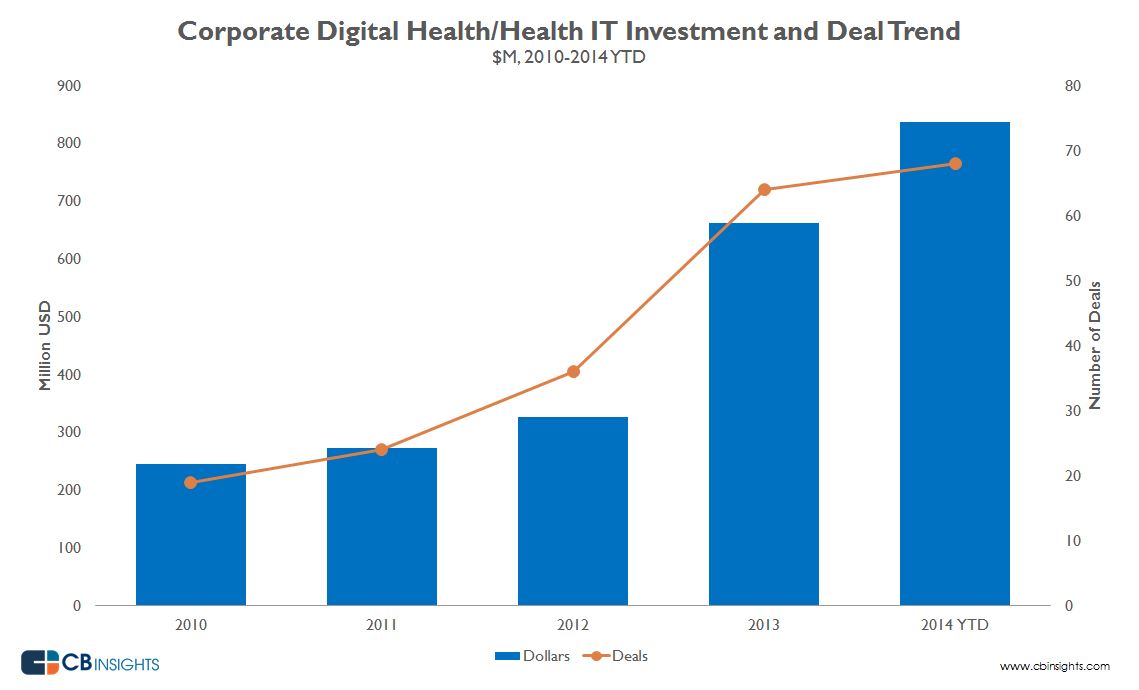 41% of corporate digital health/health IT deals at early-stage

The chart below highlights the distribution of corporate deals by stage within digital health/health IT. 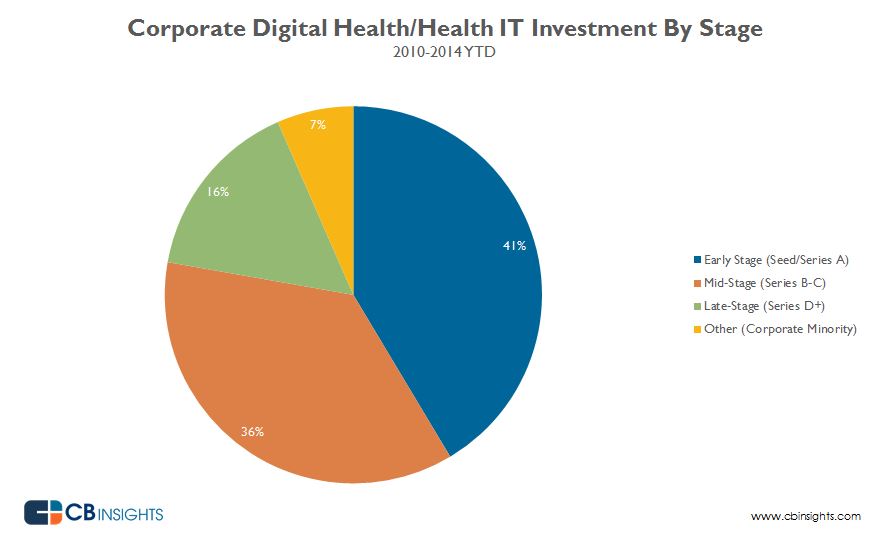 When we look at U.S.-only digital health and health IT private companies, California has garnered the largest share of corporate investment deals over the past few years at 36% including Omada Health (Kaiser Permanente Ventures), PatientSafe (Telus Ventures) and Tonic Health (Hearst Ventures) in 2014 to name a few. New York and Massachusetts each saw just under 10% of share while a diverse range of other states including North Carolina, Pennsylvania and Florida also saw deals involving corporations. 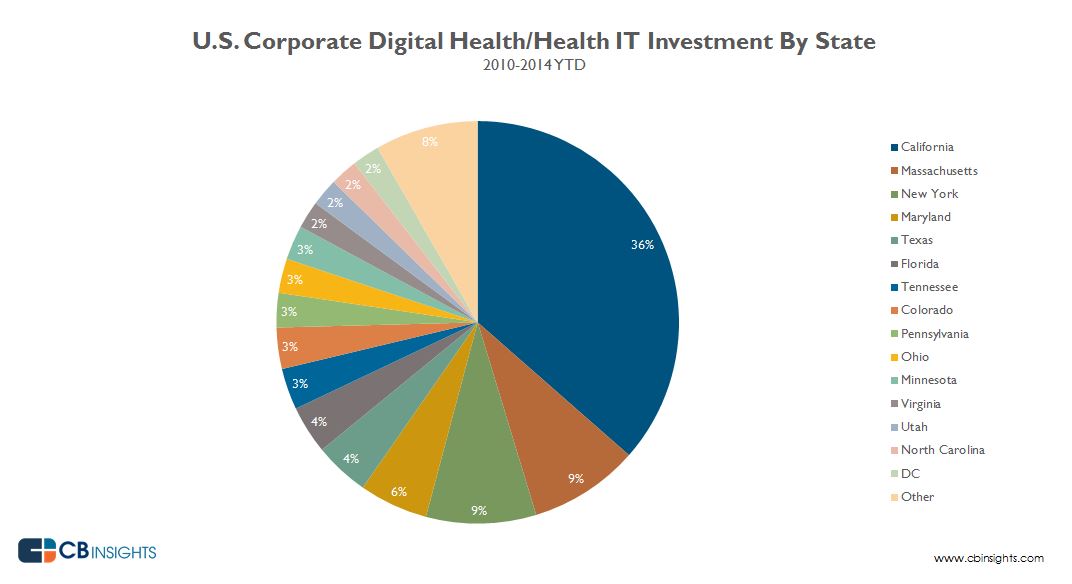 Qualcomm Ventures tops the list of investors by unique portfolio company investments since 2010 including WellTok, goBalto and Fitbit. A mix of healthcare strategics including Merck and BlueCross BlueShield and highly active tech corporate venture arms Google Ventures and Intel Capital round out the top 5.

Note: Both corporations making investments in startups and separately delineated corporate venture units were included in the dataset. For more data on corporate venture arms, check out our Q2 2014 Corporate Venture Activity Report.

To view all corporate transactions in digital health/health IT, click here after logging into CB Insights.  It will automatically run a Deal Search with the right deal filters. You can refine it further as you choose.

If you don’t have an account, you can create one below.