Research Brief
1452
Since 2010, corporate investors have participated in over 140 financing deals totaling $1.37B to cybersecurity companies. Take an in-depth look at when, where and which corporates are getting busy in cybersecurity investment.

As cyberthreats loom larger, corporations are not only boosting their own security efforts but also increasing their investments in private companies across the cybersecurity ecosystem.

This report takes an in-depth look at corporate investments into cybersecurity.  Specifically, it looks at financing, stage, geography trends to the space. All of the data covered is available on the CB Insights venture capital database. 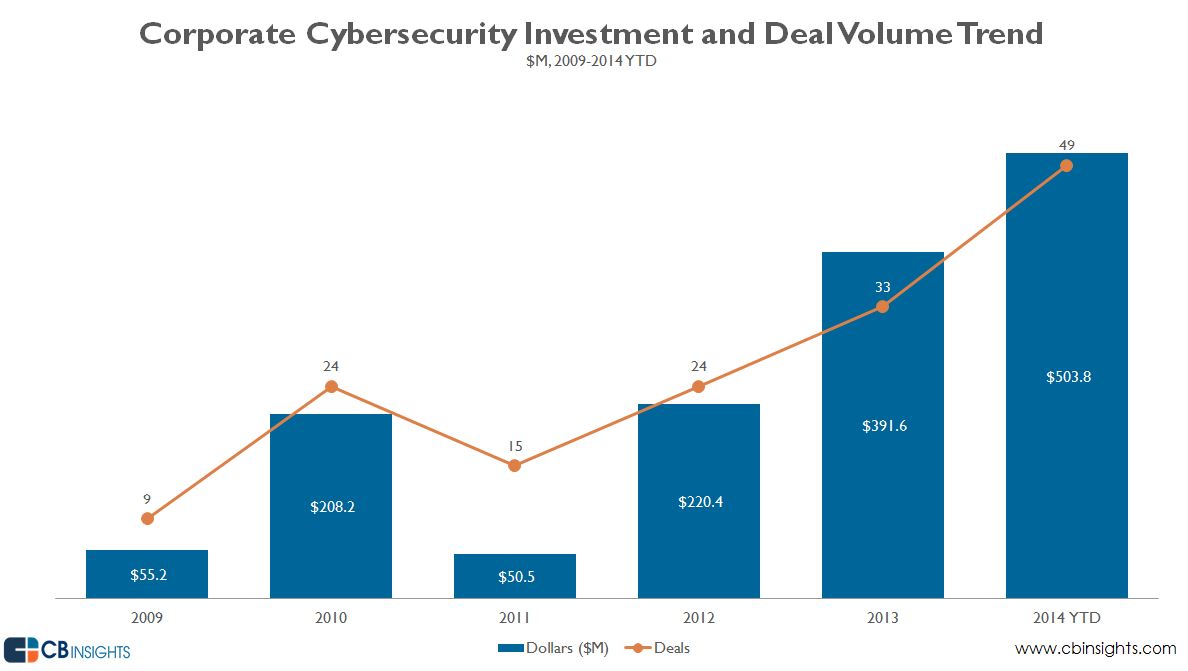 39% of corporate cybersecurity deals at mid-stage

Since 2009, corporate investments in cybersecurity have been primarily split among early-stage and mid-stage deals, which took 38% and 39% respectively. Late-stage deals took 23% of corporate cybersecurity activity over the period.

The chart below highlights the distribution of corporate deals by stage within cybersecurity. 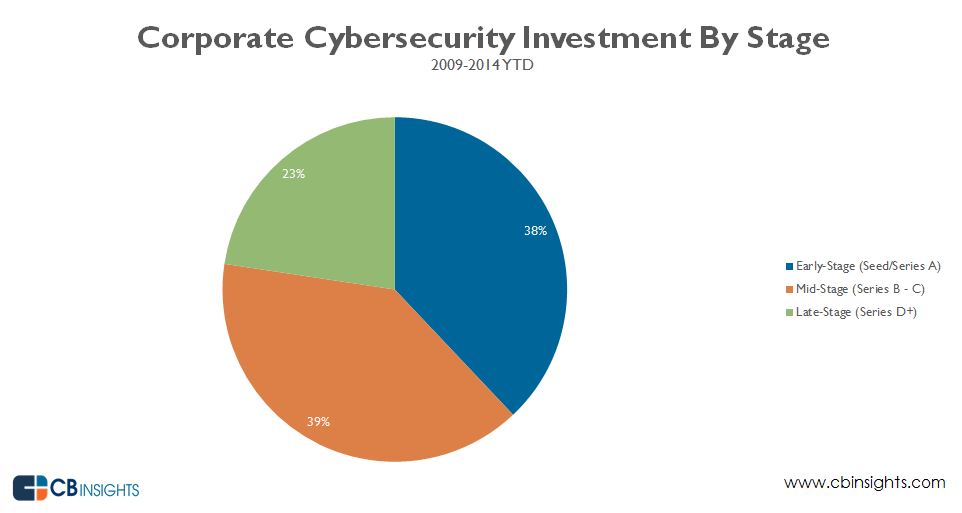 When we look at U.S. cybersecurity startups, Silicon Valley has taken the lion’s share of corporate investment deals over the past few years. In fact, 57% of U.S. corporate cybersecurity deals went to California-based companies. California-based corporate deals in 2014 include vArmour (Citi Ventures), OpenDNS (Cisco Investments) and Lastline (Dell Ventures, Presidio Ventures) to name a few. The top 3 states were rounded out by Massachusetts and New York, which both saw less than 10% of share.

Internationally, Israel took the most cybersecurity deals involving strategics over the period including ThetaRay (General Electric) and Fortscale (Intel Capital). 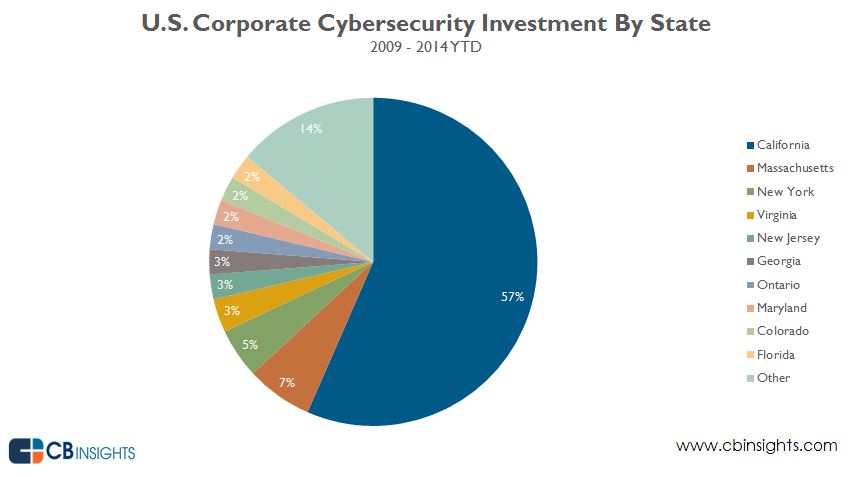 Intel Capital is the most active corporate investor in cybersecurity

Peeling back the top corporate investors in cybersecurity companies since 2009, Intel Capital top the list of investors with notable investments including Vectra Networks, Mocana and Bromium. In an earlier analysis, Intel Capital also ranked first with the most cybersecurity exits among all VCs. Highly active corporate venture arms Google Ventures and Qualcomm Ventures finish out the top 3.

Interestingly, a diverse group of corporate investors make up the list ranging from financial services firms to industrial conglomerates to security providers.

Note: Both corporations making investments in startups and separately delineated corporate venture units were included in the dataset. For more data on corporate venture arms, check out our Q2 2014 Corporate Venture Activity Report.

To view all corporate transactions in cybersecurity, click here after logging into CB Insights.  It will automatically run a Deal Search with the right deal filters. You can refine it further as you choose.

If you don’t have an account, you can create one below.