Seed-stage funding is a vital step for many growing companies. We dive into the potential impact of the Covid-19 virus on seed investments.

Overall startup funding and deal activity may have already been negatively impacted by the outbreak of Covid-19, as we highlighted in a recent brief.

Seed-stage deals, however, have taken a disproportionate blow.

Seed-stage funding, which accounts for many startups’ first major foray into raising capital, is projected to decline 22% in Q1’20 compared to Q4’19. The number of global seed deals is predicted to fall only 8% during the same period. 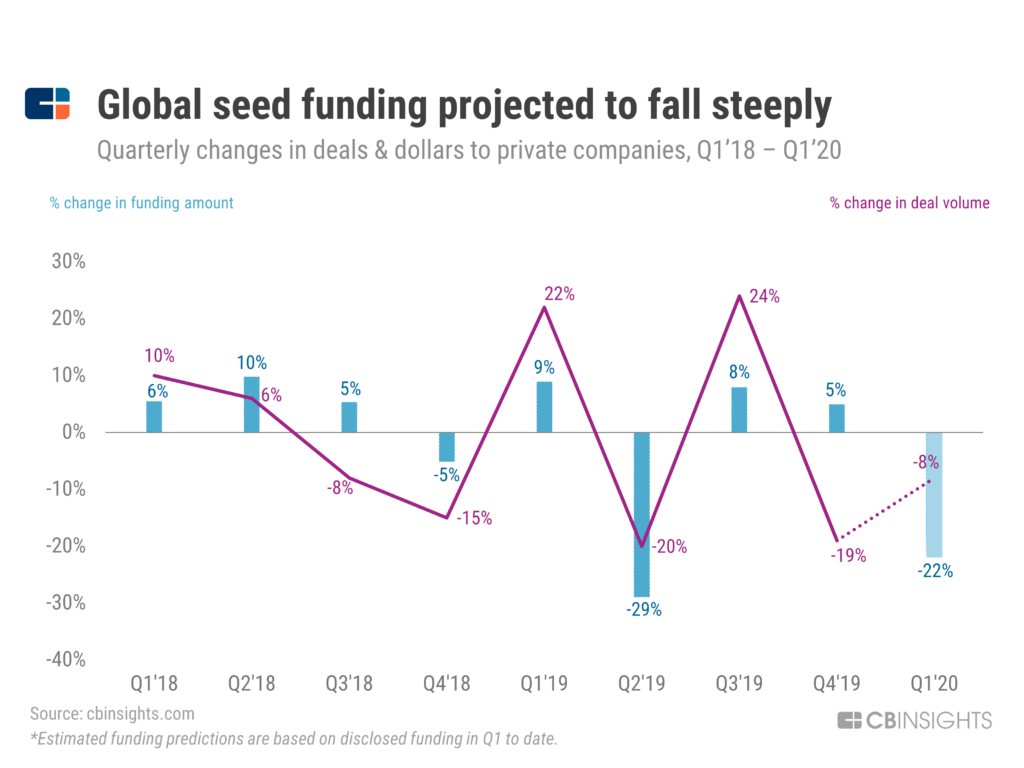 The decline in seed funding in Q1’20 is projected to be starker in Asia, where seed funding is expected to fall 37% compared to Q4’19. Seed deals in Asia are expected to continue their slump, falling 24% over the same period. 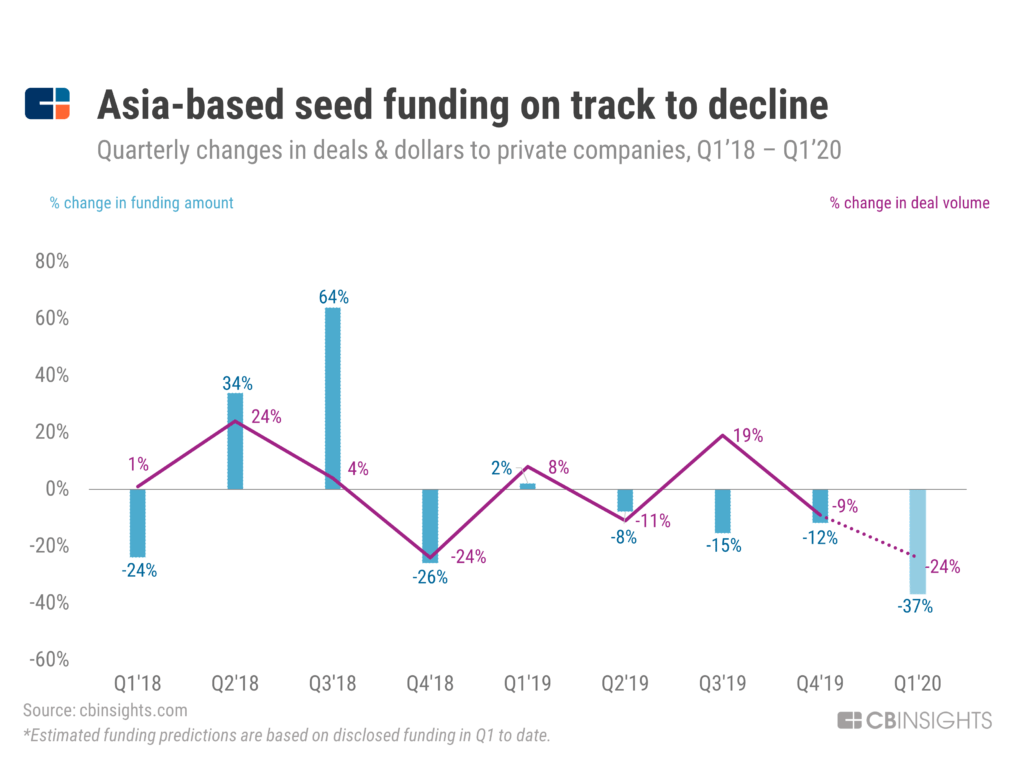 Despite the overall slowdown in Asia, some investors have been bucking the trend, particularly in India. In Q1’20, Sequoia Capital India has backed several seed rounds to India-based startups, including FamPay, LeapFinance, and Airmeet.

Global Founders Capital also participated in the funding rounds to Airmeet and FamPay, in addition to backing Singapore-based Webuy.

The acute decline in seed-stage deals can be attributed to compounding economic factors — including uncertainty due to the spread of coronavirus.

Seed investments from larger VCs are drying up as they redirect their attention from deal sourcing to managing existing portfolio companies.

Moreover, angels and smaller VCs drive a large proportion of activity at the seed stage. During a recession, angels and other independent early-stage dealmakers are even more likely to sit on the sidelines.

Finally, as stock prices have plummeted, investors of all types looking to protect returns may refocus on safer assets, like bonds, gold, or even investments into more established later-stage companies.