We analyzed where 14 of the top consumer packaged goods brands and investors are investing in private markets.

Over the same period, corporate players focused on CPG, including The Coca Cola Company, Unilever, General Mills, and Anheuser-Busch InBev, have been placing bets on private companies or acquiring companies, as they search for innovation or new product lines and markets to exploit.

We used the CB Insights’ Business Social Graph tool, which visualizes how investors and companies are related, to analyze the funding and M&A activities of 14 major CPG giants along with their venture capital arms. These 14 investors have been most active among CPG players in the private market space in the five years since 2011. The companies on the list include:

Aggregate equity investments backed by the 14 corporates and corporate venture capital groups (CVCs) on the list reached a five-year high of 9 in 2015, nearly double the deal count seen in 2014.

In Q1’16 alone, these corporations backed 4 startups, including juice manufacturer Juicero and advertising startup MirriAd. (In the Business Social Graph below, investments are in blue, and M&A is in orange.) 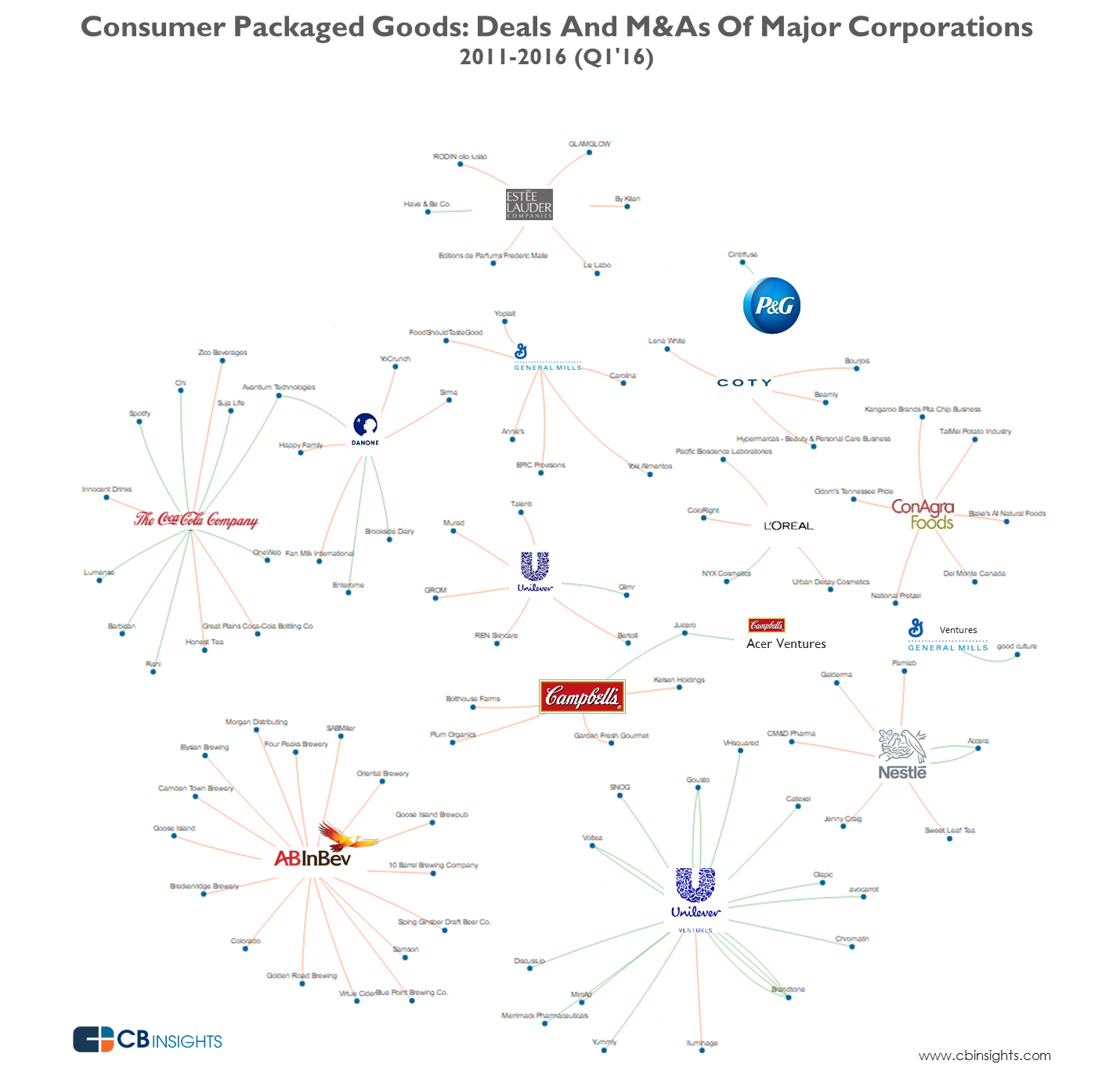 Want more data on consumer packaged goods companies? Login to CB Insights or sign up for free below.