Coffee startups are on track to raise over $1B in 2018, buoyed by consumption growth in the US and China.

Global coffee consumption is on the rise, and startups are taking advantage of the trend.

In the US, roughly 64% of adults drink coffee daily, the highest proportion since 2012. Americans are spending more on coffee than ever as they shift toward premium options, according to the National Coffee Association.

Meanwhile, consumption is hitting double-digit growth rates across the globe, from China to Brazil.

Below, we use CB Insights data to take a look at the trends in coffee funding and examine why coffee is such a lucrative space at the moment. 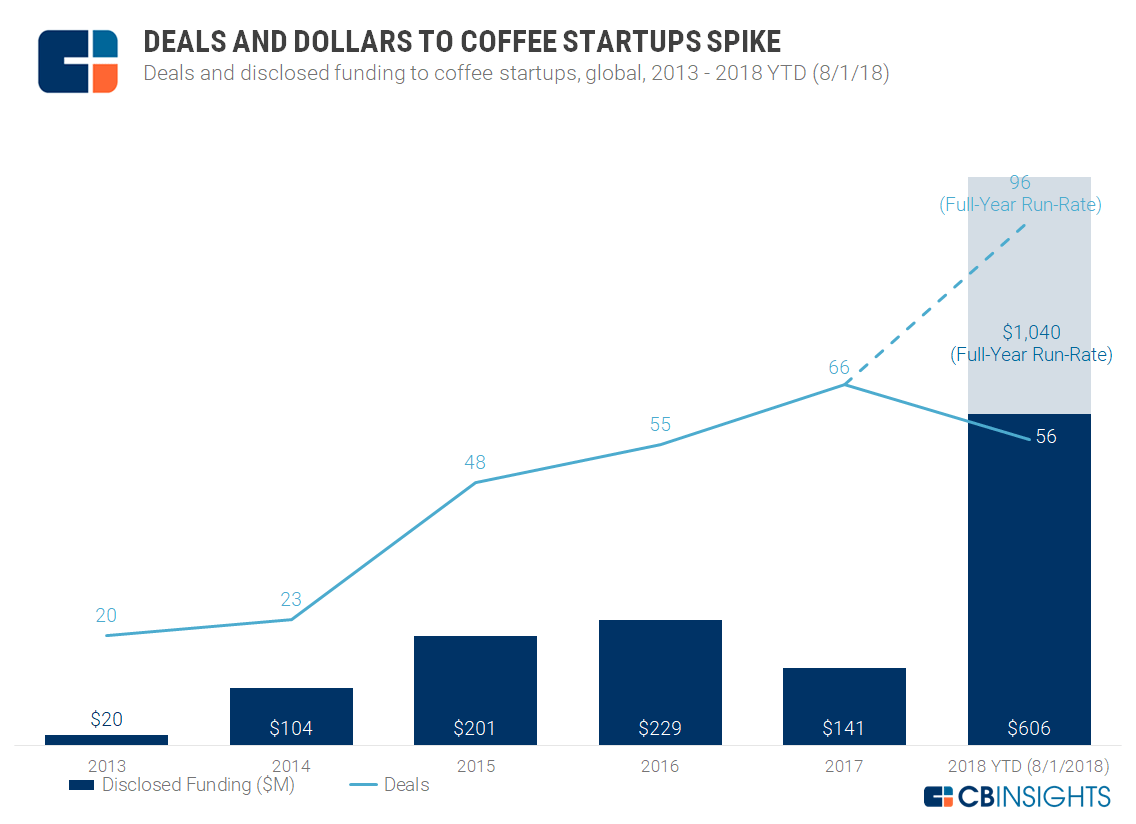 As deal count rises, the size of those deals is also growing significantly. The chart below shows that amidst the current spike in deal count, both average and median deal sizes hit record highs this year. 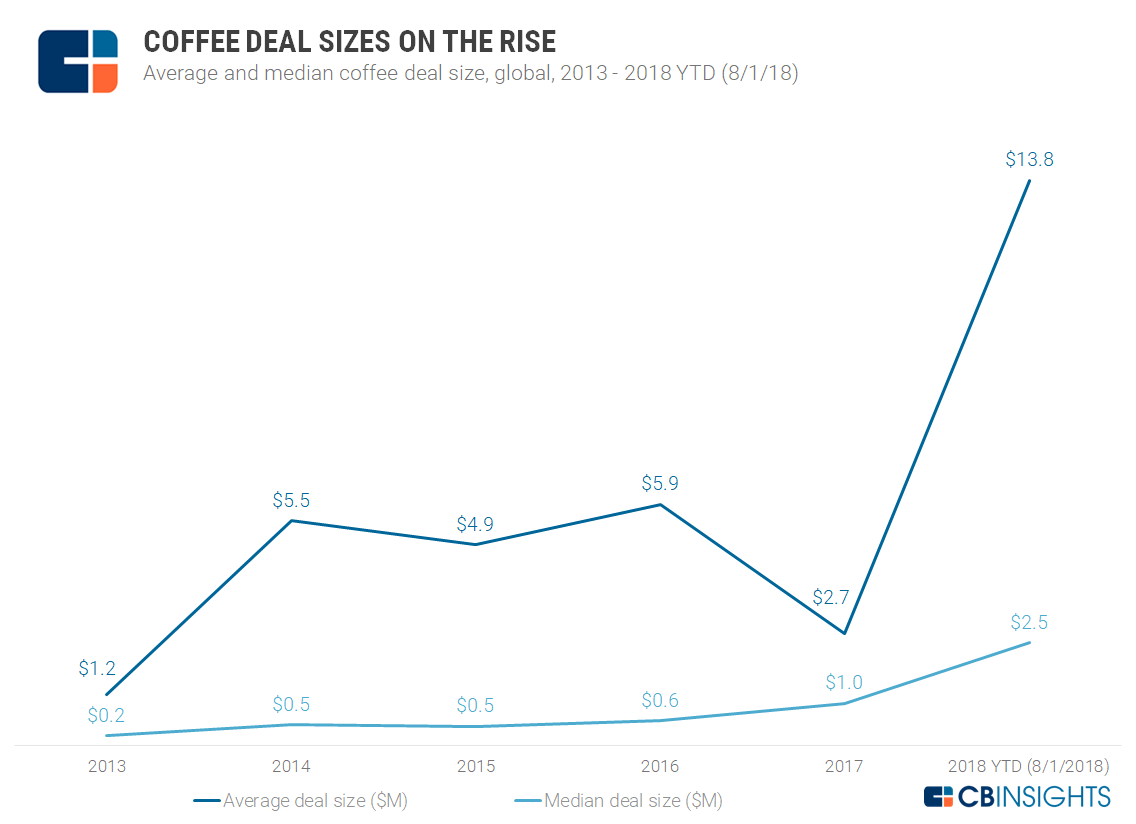 Asia’s coffee market remains fragmented. This opens the door to major opportunity for new players. 2018’s largest coffee deal to date, for example, went to Chinese coffee chain Luckin Coffee, which aims to compete with Starbucks in the region by offering mobile ordering and on-demand delivery. Luckin raised a $200M Series A in June.

Coffee is well positioned to take advantage of new sales channels. Businesses around the world are increasingly using coffee to drive loyalty among their own clients.

WeWork, for example, offers free coffee to all of its 175K+ tenants, while Uber recently partnered with startup Cargo to sell bottled coffee and other packaged goods to Uber riders. These initiatives by non-food companies can open new sales opportunities for coffee brands, and startups like Sunniva Super Coffee are taking advantage.

Acquisition sprees are driving momentum. As major corporations step up their coffee acquisition activity, investors looking for lucrative exits are driven to the space. Holding company JAB has been building a coffee empire over the past several years, while Nestle acquired Blue Bottle and Chameleon Cold Brew last year.

Going forward, coffee startups may become appealing acquisition targets for AB InBev (trying to diversify out of beer), PepsiCo (struggling to define its beverage strategy), and others.

Other high-momentum startups use plant milks (such as Califia Farms, which raised $50M in July 2018) or promise health benefits by blending coffee with butter or collagen (Bulletproof raised $40M in July 2018).