Research Brief
1876
Funding to Chinese education-technology companies spiked 400% in 2014, and is on pace to double that figure in 2015.

China’s education-technology industry has heated up over the past five quarters, with 2014 seeing multi-year highs for investment activity. Ed-tech companies based in China raised $321M in equity investments across 26 deals last year. This is up over 400% in funding terms, and 18% in deals year-over-year.

Almost halfway through 2015, that trend doesn’t look to slow, as ed-tech companies have raised $317M in just under two quarters, only $4M shy of 2014’s full-year total. The funding has been anchored by multiple $50M+ rounds, including 17zuoye’s $100M Series D from Digital Sky Technologies, H Capital, and others. 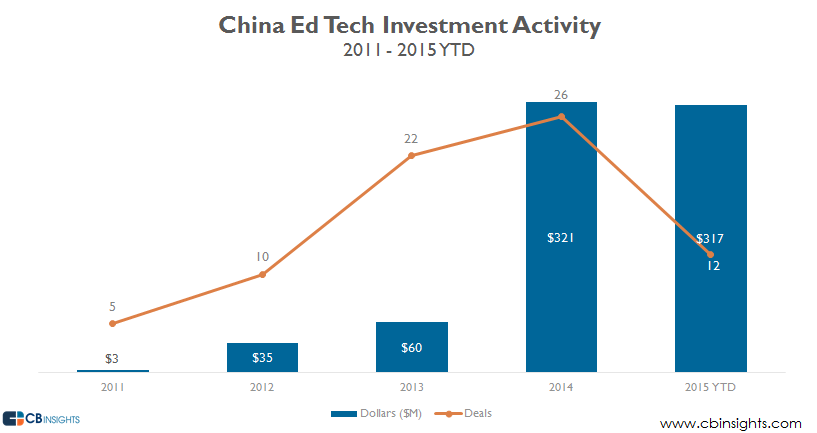 See below for the top 10 ed-tech financings in China since 2014.

Want more China ed-tech data? Login to CB Insights or sign up for free below.