Deals fell for the second straight quarter, however funding was supported by large rounds, as Q1’15 saw over ten $100M+ financings. 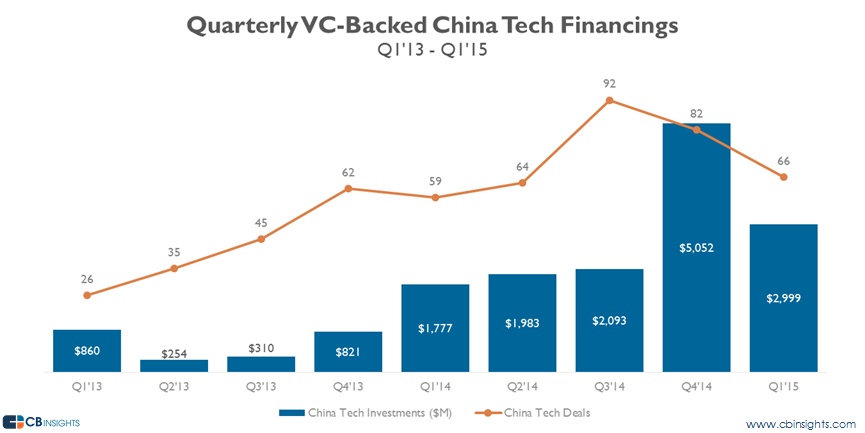 Beijing dominated all Chinese cities in deals and dollars in Q1’15 with 2 of the top 5 deals (Uxin Pai, Cheyipai). Hangzhou was buoyed by Kuaidi Dache’s $600M round, which valued the car-hailing company at $8.75B.

Matrix Partners, Sequoia Capital, and IDG Ventures were the most active investors in Chinese Tech companies in Q1’15, with the bulk of their investments coming post-Series A. All three invested in Zhaogang’s $100M Series D.

Want to track Chinese tech financing activity? Login to CB Insights or sign up for free below.