Research Brief
3696
Since 2014, Alibaba, Ant Financial, Baidu, Ctrip, and Tencent have all made acquisitions outside of China.

Ctrip’s $1.74B acquisition of Scotland-based Skyscanner represented a major exit for Europe’s tech ecosystem. But the acquisition also marked the latest move by one of China’s leading internet companies to expand its international footprint through M&A.

Using CB Insights data, we compiled the M&A activity (excluding take-private transactions) of China’s 10 largest internet companies by market cap currently trading on US Exchanges. In particular, we looked at:

In total, the 10 companies have made just under 60 acquisitions since the start of 2011. But the geographic makeup of those acquisitions is starting to shift. 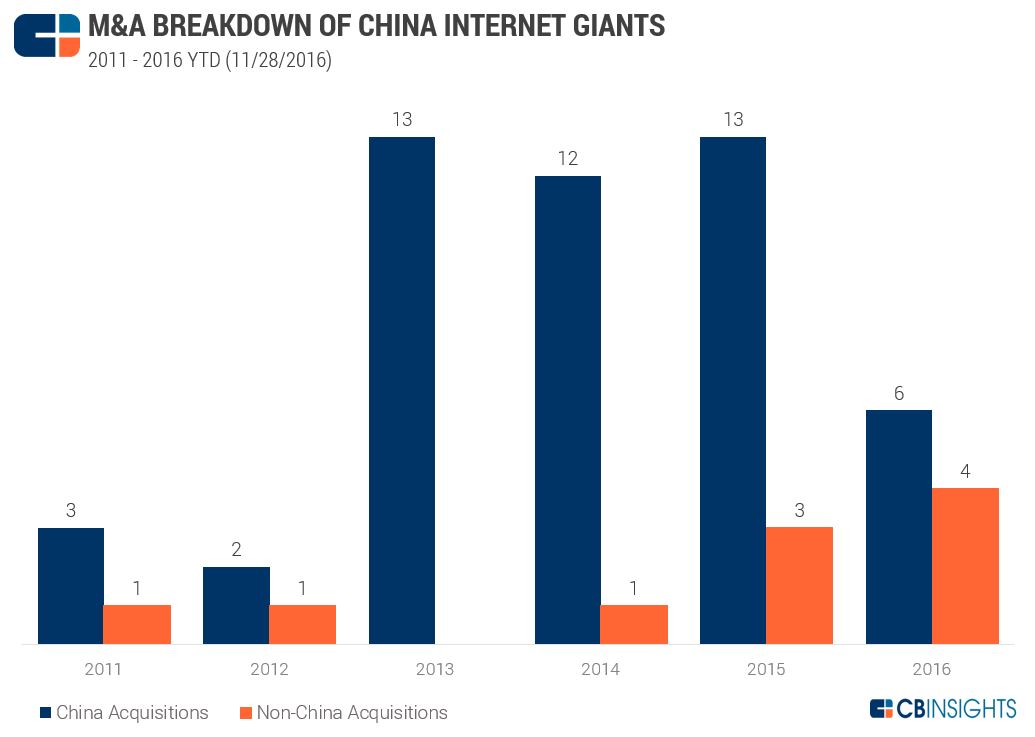 Not all of the companies analyzed have made M&A moves abroad. Of the 10 companies and their affiliates, just four have acquired or taken a controlling stake in a non-Chinese company since the start of 2011. That’s not to say Chinese companies aren’t investing in companies abroad. As we’ve previously highlighted, Chinese investors have participated in 679 US tech investment deals totaling $18.2B since 2011.