The 10 largest deals in China digital health since the start of 2015 have raked in over $1.5B.

From mobile fitness platforms to patient-doctor communication apps to online portals for selling pharma products, there has been a boom in investment to Chinese digital health companies in the first half of 2016.

In total, over $1.1B has been deployed across 21 deals to Chinese digital health companies in the first six months of the year. It’s worth noting, though, that three investments each totaled over $100M in financing over the period including Ping An Insurance-backed medical services app Ping An Good Doctor, Beijing-based mobile healthcare app maker Spring Rain Software, and health data mining startup iCarbonX.

The chart below highlights how mega-rounds have propelled China’s digital health investment since 2012. Deal activity in the first half of 2016 was nearly equivalent with that of all of 2015. 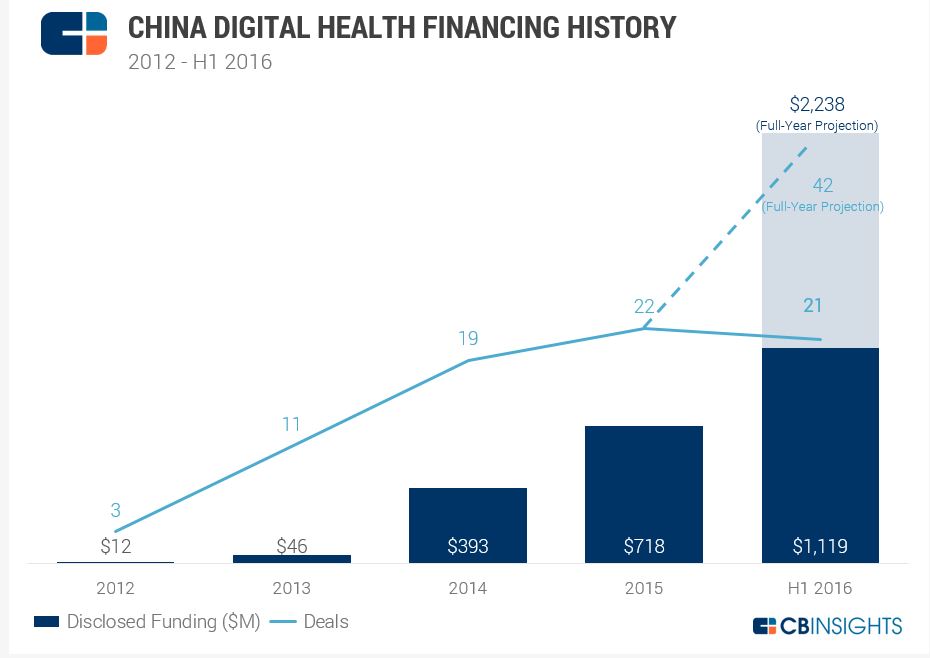 As China’s digital health market attracts more funding, deal activity has also moved up the maturity spectrum. In 2013, 36% of China digital health deals took place at the seed/angel stage. In 2016 year-to-date, seed/angel deals have made up just 5% of all investment activity. 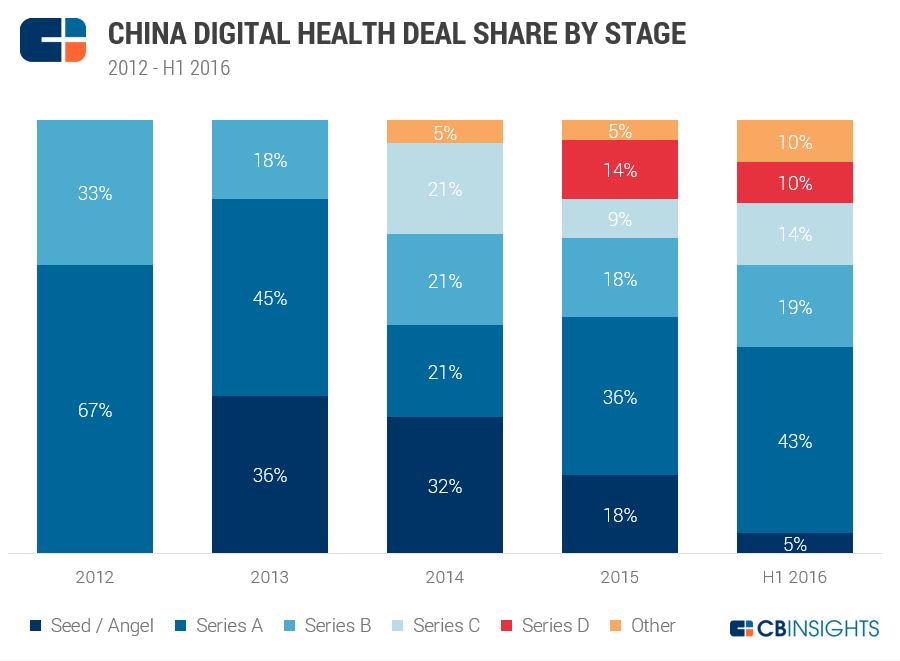 Since the start of 2015, the 10 largest China digital health financings have raked in over $1.5B in total funding. Mobile apps for patient-doctor interaction, medical appointment booking, and health monitoring figure prominently in the set of deals highlighted below. Notably, Tencent is an investor in three of the 10 companies below (Guahao, iCarbonX, and Keep).