We identified the 16 most active agricultural and chemical corporates and corporate venture arms participating in private market investing.

The agriculture and chemicals business is changing rapidly thanks to a combination of changing consumer preferences, developments in microbial engineering and gene sequencing, and the increasing use of data and sensors in farms and factories. In addition, the largest companies in these industries are going through the process of mega mergers (Dupont and Dow, Bayer and Monsanto).

With the landscape shifting, how are corporates in the industry responding to activity in the private markets?

We used CB Insights to look at how agricultural and chemical corporates have been investing and acquiring across industries including biotechnology, mobile & telecommunications, energy & utilities, and internet.

We narrowed the list down to the 16 most active corporates and CVCs in this space — including Dow and DuPont — and studied their global investments and acquisitions since 2012 using the CB Insights Business Social Graph tool, which visualizes how investors and companies are related (investments are in blue, M&A in orange).

The corporates included in our graph include: 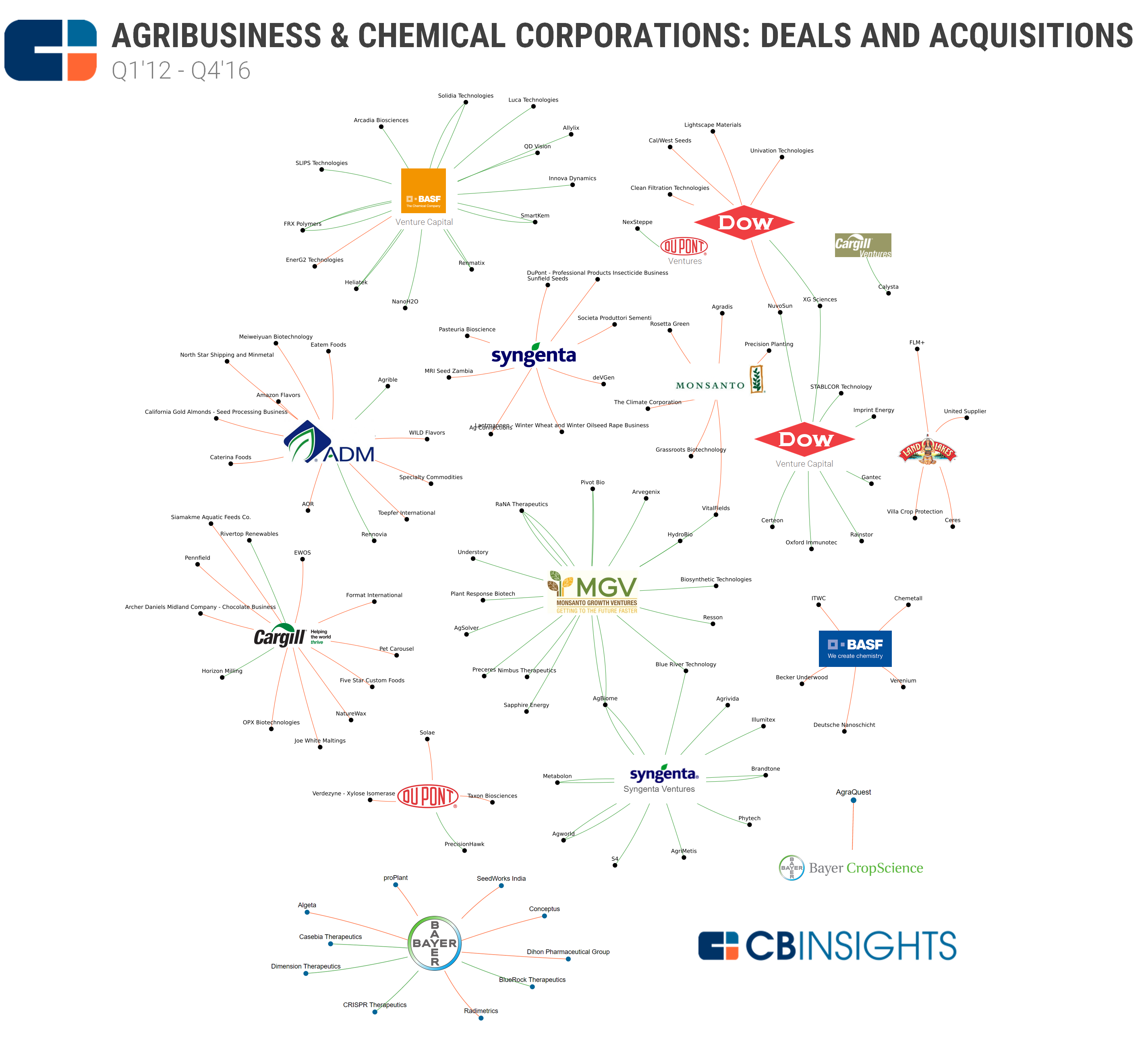 Startups are working to build infrastructure around this rapidly growing industry. Look for Ag Tech Startups in the Collections tab.

Sign up for our venture capital database below for more information on agri-business corporations.