As D2C mattress company Casper makes its public markets debut, we analyze the company's top stakeholders and how much their shares are worth.

The startup priced its IPO at $12 per share — the bottom of the $12 to $13 pricing range it had shared in an earlier regulatory filing, which was already reduced from an initial $17 to $19 range.

The company was last valued at $1.1B, when it reached unicorn status following a $100M Series D in March 2019. At a $12 share price, Casper would have a market value of less than half that.

Clients can see all the new retail unicorns birthed in 2019 here.

Using Casper’s S-1 filing, we calculated how much its top stakeholders’ shares were worth at the time of IPO, based on a $12 share price. Here’s the breakdown. 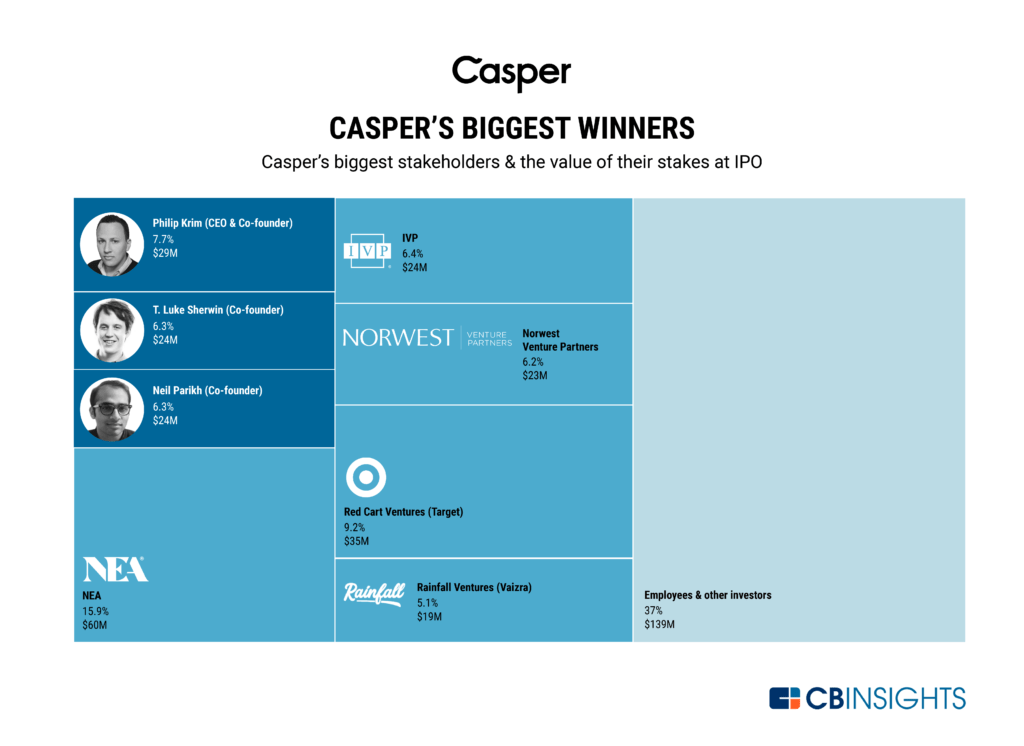 With 15.9%, venture capital firm New Enterprise Associates (NEA) has the largest share in the company, valued at $60M at the time of IPO. It is followed by Red Cart Ventures (the corporate venture arm of retail giant Target), with a 9.2% stake valued at $35M.

VCs IVP, Norwest Venture Partners, and Rainfall Ventures (fka Vaizra) round out the firm’s top institutional investors, with stakes in the 5% to 7% range.

Three of Casper’s co-founders also have sizable stakes in the company. CEO Philip Krim has the largest share, with 7.7% worth $29M, while Neil Parikh and T. Luke Sherwin each own about 6.3%, valued at $24M.

With the exception of Rainfall Ventures, all of Casper’s top institutional investors participated in its most recent 2 rounds: a $170M Series C in 2017 and a $100M Series D in March 2019 (when Casper earned its unicorn valuation). 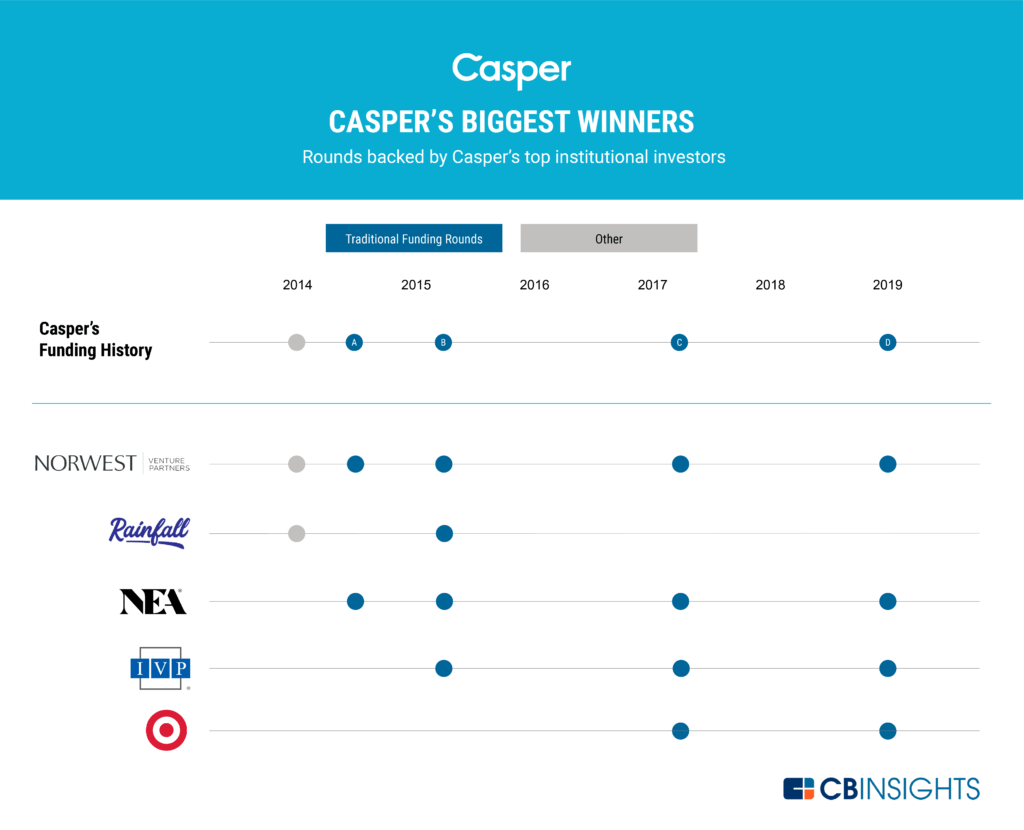 Norwest Venture Partners has participated most frequently of the top investors, backing all 5 of Casper’s equity funding events. The VC firm first invested alongside Rainfall Ventures in a $1.6M Seed VC round in early 2014.

NEA — Casper’s top stakeholder by share size at IPO — also backed the startup early on, investing in its 2014 $13.1M Series A alongside Crosslink Capital, Lerer Hippeau Ventures, Slow Ventures, and SV Angel, among others.