Global funding to cannabis startups has skyrocketed since 2013, with 2015 and 2016 seeing over $200M in equity financing to private cannabis companies, up from only $13M in 2013. While recreational and medicinal cannabis are legal in some other countries, deals to cannabis-focused startups have been largely concentrated in North America. Together, the US and Canada make up more than 95% of equity deals to private cannabis companies.

Below we used CB Insights data to analyze how deal flow is distributed internationally, as well as within the US and Canada.

The US commands the large majority of global deal share to cannabis companies, at 84% of deals between 2012-2016, with Canada coming in second at 13%. While deals have taken place throughout the world, no other country makes up more than 1% of global deal share.

As Canada looks at federal legislation legalizing marijuana this year, these figures could change significantly, especially if the US changes its position on enforcement of federal marijuana laws. 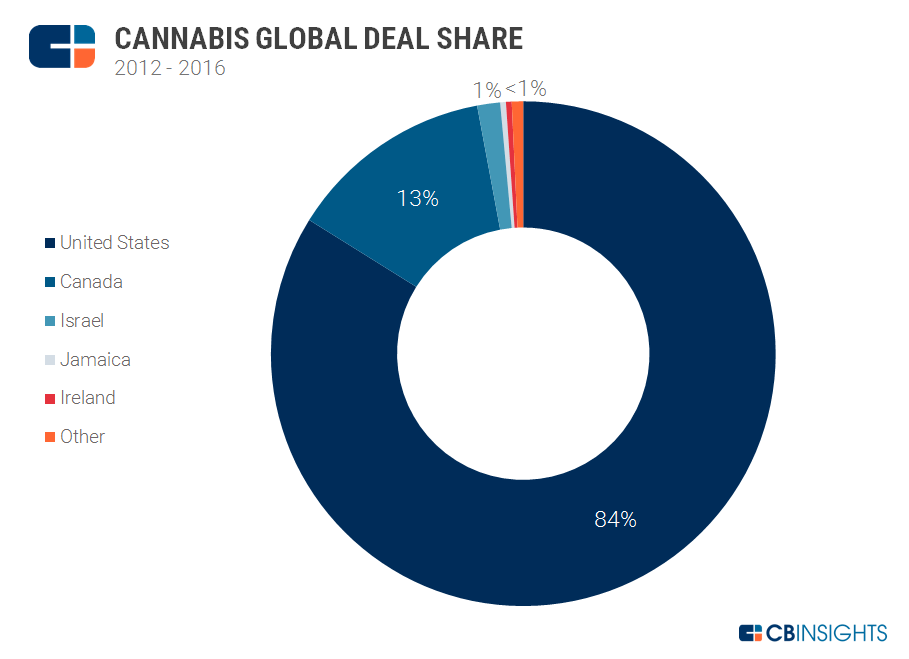 Within the US, Colorado commanded nearly a third of equity deals to private cannabis companies between 2012-2016, with California not far behind at 28%. In Colorado, use of recreational marijuana has been legal since 2012 and medicinal since 2000, and in California, recreational was just approved, while medicinal has been legal since 1996. Rounding out the top 5 states for cannabis private equity financing are Washington, New York, and Illinois.

Two recent deals include a $15M round to Culver City, California-based MedMen from Cap-Meridian Ventures and a $13M Series B to San Francisco-based Eaze Solutions from investors including Winklevoss Capital, Tusk Ventures, and DCM Ventures. MedMen is a California-based management and advisory firm for the cannabis industry while Eaze Solutions is a developer of a medical marijuana delivery platform. 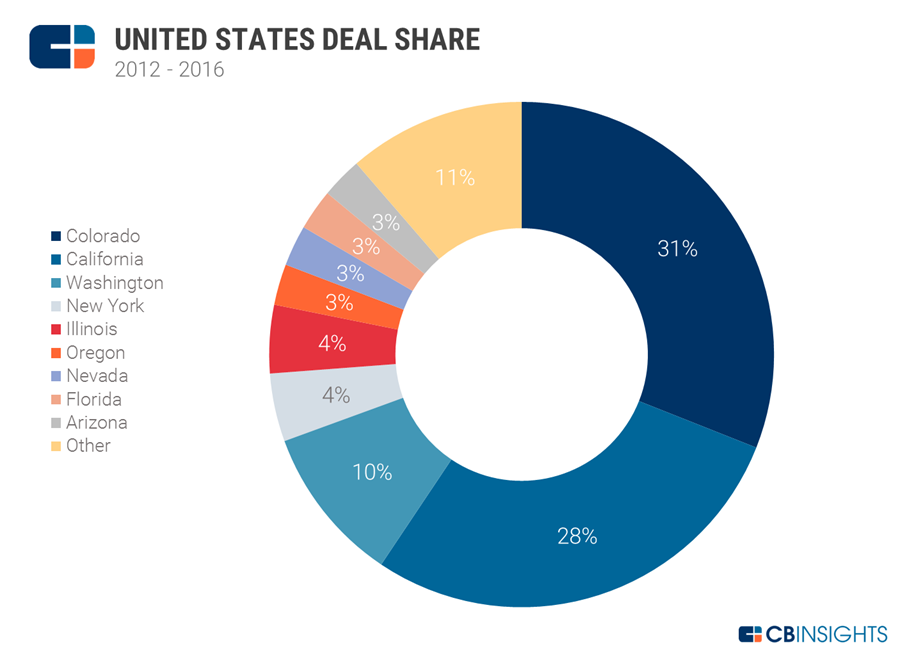 Within Canada, Ontario commanded the large majority of deals between 2012-2016, at 64%. In a distant second is British Columbia at 17%, with Alberta coming in third. While medicinal marijuana is legal in Canada, recreational remains illegal under federal law.

Two of the larger deals coming out of Ontario this past year include a $12M round to the Green Organic Dutchman, a small batch producer of medical marijuana, and a $4M round to PharmaCielo, a supplier of naturally grown and processed medicinal cannabis oil extracts and related products. 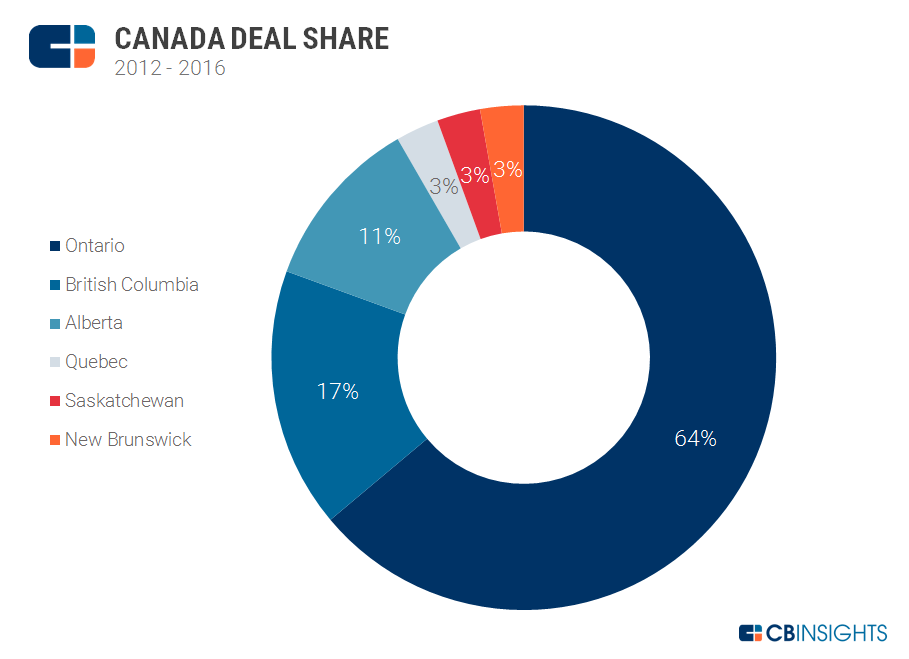 Want more data on cannabis startups? Log in to CB Insights or sign up for free below.
If you aren’t already a client, sign up for a free trial to learn more about our platform.