As more states have loosened or abolished restrictions on cannabis over the past few years, global equity funding to private cannabis-focused startups has skyrocketed, with 2014 and 2015 seeing a surge in investment. However, in 2016, deals and dollars began to level off, with funding coming in slightly below 2015’s level. With 8 states and Washington D.C. approving some form of marijuana legalization late last year, though, Q4’16 did see a big uptick in funding dollars and a slight rebound in deals as well.

The last two years also saw 6 IPOs of companies operating within the cannabis industry, ranging from social networks such as MassRoots to investment firms such as Innovative Industrial Properties (IIP) which invests in real estate geared towards cannabis cultivation operations. IIP was the first cannabis-related company to IPO on the New York Stock Exchange.

Below we take a look at annual and quarterly equity funding trends of private companies operating within the cannabis industry.

Privateer Holdings is a private equity firm that invests in medical cannabis companies and has itself raised $144M since 2013 from investors including Founders Fund. Syqe Medical develops a medical cannabis inhaler designed to enhance dosing precision and MedMen provides both investment and management services in areas such as cannabis cultivation, extraction, and retail operations. 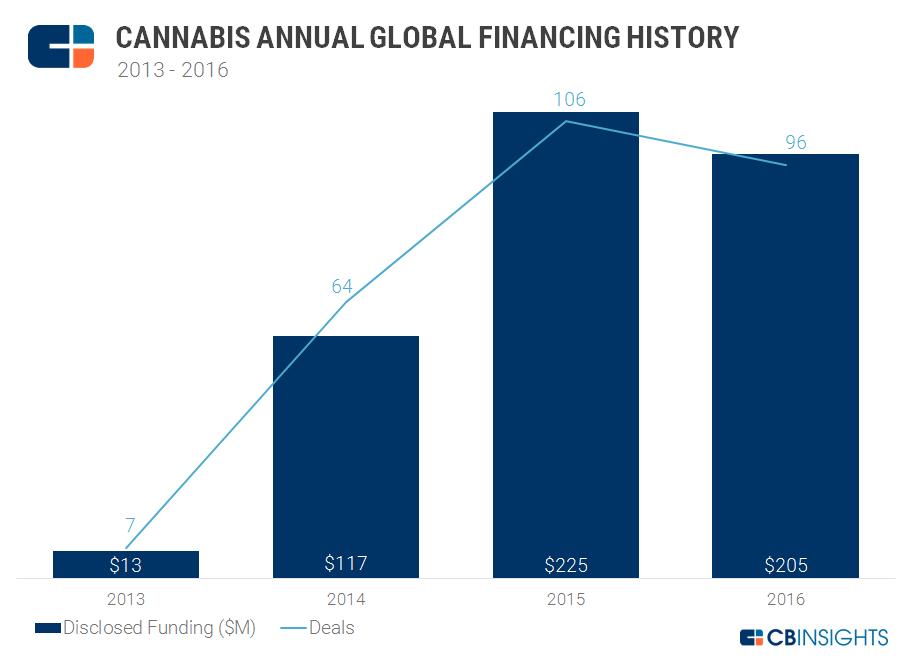 On a quarterly basis, funding activity picked up in Q4’16, after deals fell for three consecutive quarters. Funding in Q4’16 totaled $81M over 25 deals, more than tripling Q3’16’s funding total, but still falling short of the heights seen in Q1’15. Deal flow also remains down from Q4’15’s peak of 32 deals.

Other than Privateer Holdings, which represents nearly half of all Q4’16’s cannabis funding, Q4’16 saw deals to Ontario, Canada-based The Green Organic, Atlanta, Georgia-based Surterra Holdings, and Denver, Colorado-based Wurk. The Green Organic is a producer of small batch medical cannabis, Surterra Holdings is a cannabis-based therapeutics company, and Wurk is a payroll and HR platform for the cannabis sector. 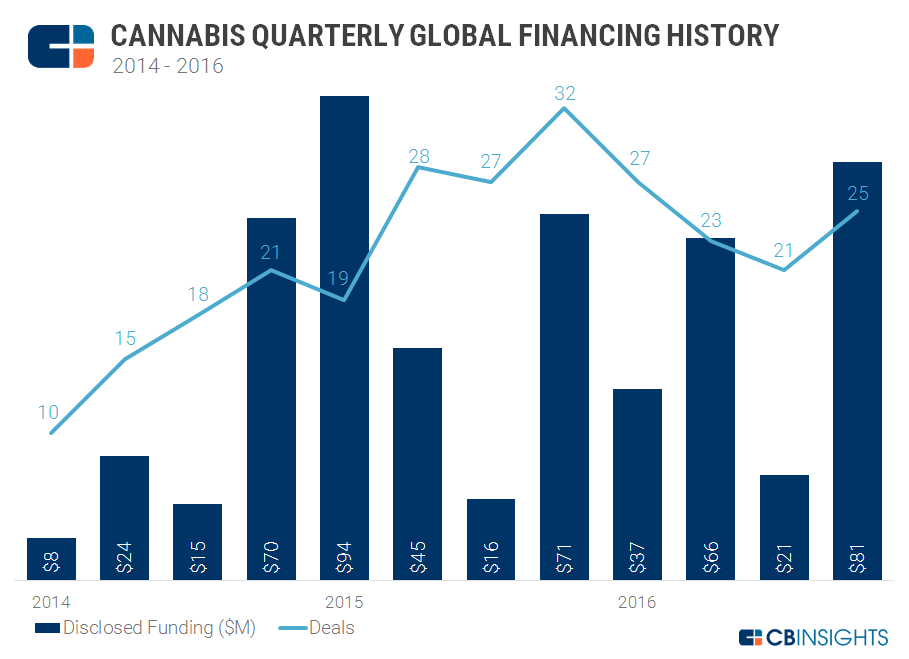