Research Brief
3919
Since 2012, most deals have gone to healthcare-focused cannabis companies, especially pharmaceuticals.

Last year recorded over $200M in funding to private cannabis companies. As US and foreign states continue to relax laws around the medicinal and recreational use of marijuana, startups are sprouting up to solve pain points across the cannabis supply chain. We are now seeing seed-to-sale logistics software, HR platforms tailored specifically to cannabis businesses, and regulatory compliance platforms, to name a few. However, the largest and most active sector among investors has been healthcare.

Investors remain wary of investing in recreational marijuana, and consequently, have been focused on medical marijuana, in addition to ancillary services such as those mentioned above.

Using CB Insights data we looked at the sectors within the cannabis industry have been most attractive to investors.

From 2012-2016, cannabis-focused healthcare companies took the lion’s share of deals at 31%. The internet sector came in second with 19% of deals and agriculture took third with 13%.

Recent healthcare deals include a $10.3M round to Georgia-based cannabis therapeutics company Surterra Holdings and a $850K round to Colorado-based pharmaceutical company Next Frontier Biosciences which intends to apply cannabinoids to chronic pain and other serious medical conditions. 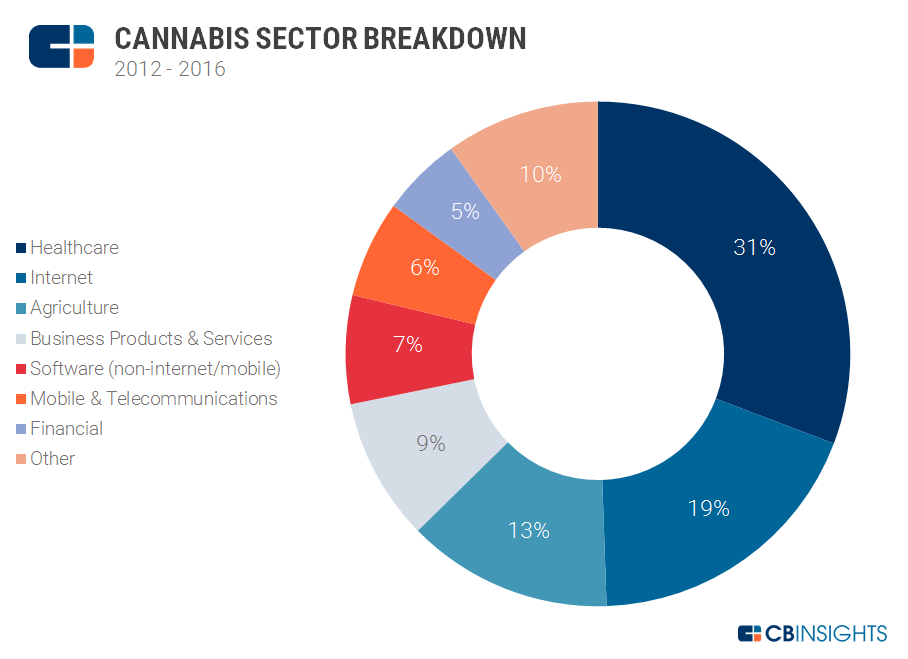 From 2012-2016, the large majority of deals to healthcare-focused cannabis startups were to pharmaceuticals. In a distant 2nd and 3rd were deals to medical facilities and drug manufacturers. Examples include Pharmacannis, Minnesota Medical Solutions, and Leafline Labs.

Despite the restrictions on medical marijuana research, pharmaceutical companies continue to dominate deals in the space. While ancillary businesses such as drug delivery company Syqe Medical share none of these regulatory restrictions, deals remain limited. 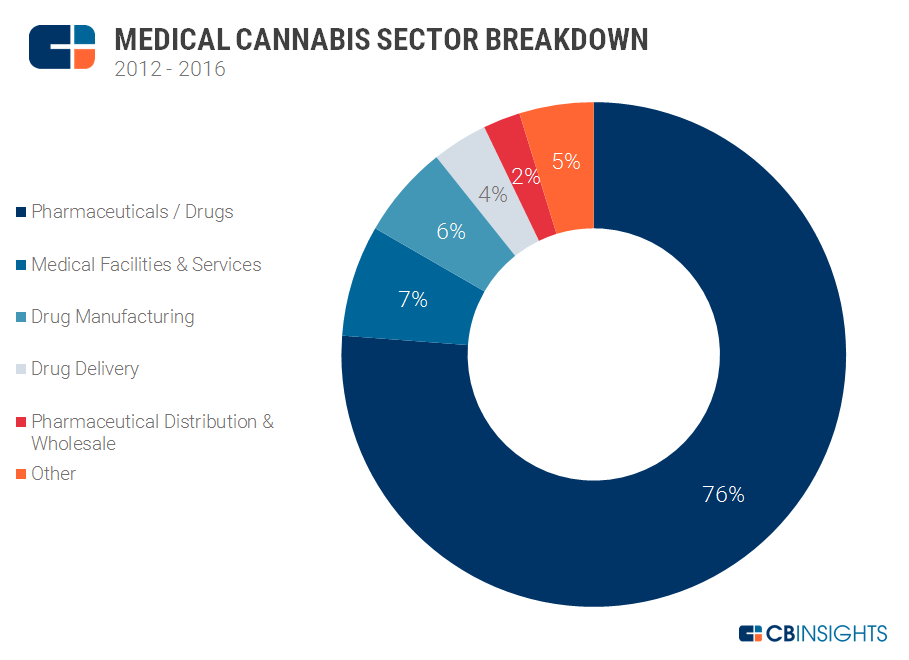 Within the internet sector, companies operating in retail have commanded the largest deal share since 2012 with 21% of total deals. Retail companies include subscription-based services such as Stashbox and Ganja Boxes as well as inventory management platforms like Compliant Cannabis. Information service providers, such as MyStrain, which provides a standardized database of popular strains, took 2nd with 16%, followed by marketplaces, such as Tradiv, in 3rd with 14%.

As states continue to legalize both the medicinal and recreational use of marijuana, the retail sector will see further activity and customers will depend on information service providers for access to accurate product information. 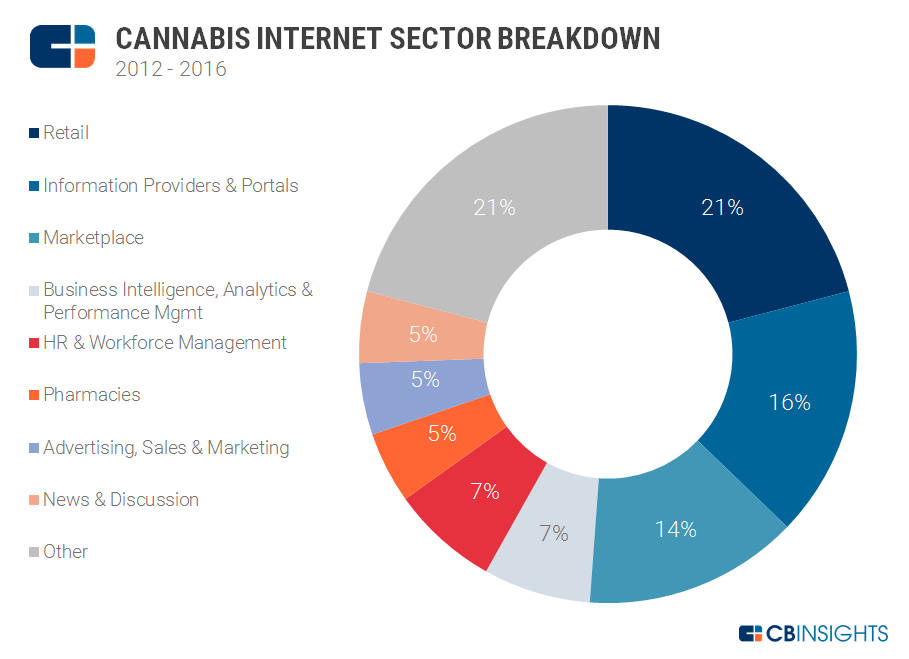