Cancer therapy startups have seen over 100 exits since 2012. 60% of the exited companies were venture-backed.

Startups working on cancer therapies have received over $12B across 680+ deals in the last 5 years. The potential in the market was highlighted by Stemcentrx‘s acquisition this quarter by biopharma company AbbVie for $10.2B. This was one of the most massive M&A deals in venture history.

Given recent activity in the space, we used the CB Insights database to analyze exit activity among private cancer therapeutics companies since 2012. Our cancer therapy category includes drug delivery, drug discovery, biotechnology, and pharma startups with a major focus on oncology or with a leading oncology drug candidate in their pipeline. The companies are working on a variety of technologies including oncolytic viruses, T-cell therapies, epigenetics, and targeted therapies. This post was first published on 6/1/2016 and updated on 11/6/2016.

There were 14 M&A exits in both 2014 and 2015, and 2016 has already matched this number  as of 11/2/2016. Apart from the previously mentioned $10.2B acquisition of Stemcentrx, other recent M&A deals include Astellas Pharma’s $1.4B acquisition of Ganymed Pharmaceuticals in Germany, Bristol-Myers Squibb’s $1.25B acquisition of California-based Flexus Biosciences, and pharma giant Merck & Co.’s $404M acquisition of UK-based IOmet Pharma. 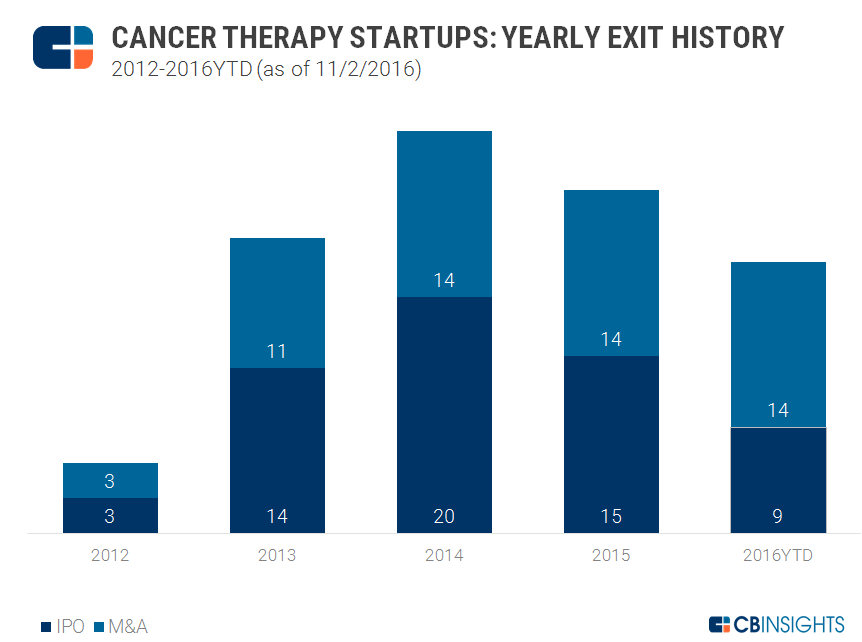 The timeline below highlights 70 VC-backed exits in cancer therapeutics since 2012.

The pace of VC-backed exits picked up in 2014, when over 70% of the total companies that exited had VC backing. 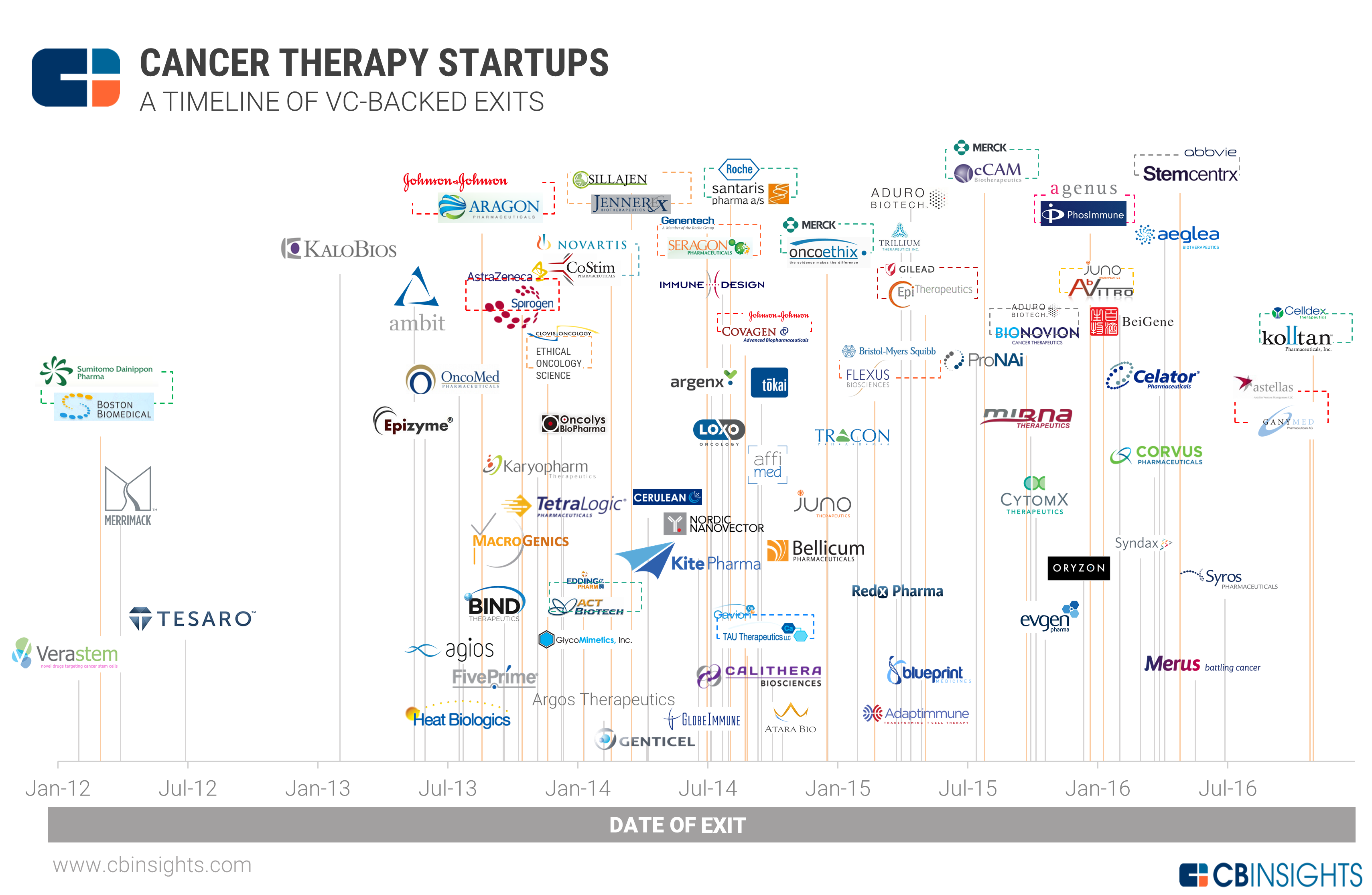 The graph below plots exits over time, showing the amount startups raised before exit and their valuations at exit.

Stemcentrx raised the most funding before exit, $520M, and also had the highest valuation at exit. It was backed by investors including Elon Musk, Founders Fund, and Sequoia Capital. California-based NantKWest, backed by oncology-focused biopharma company Sorrento Therapeutics, went public in 2015, with a nearly $2B valuation. The previous year, Juno Therapeutics, backed by investors including ARCH Venture Partners, Bezos Expeditions, and Venrock, went public. It had a $1.87B valuation.

The analysis excludes companies with undisclosed funding and valuations, and only includes 1st exits. We created this analysis to show how exits and valuations have trended over time in the cancer therapy space. 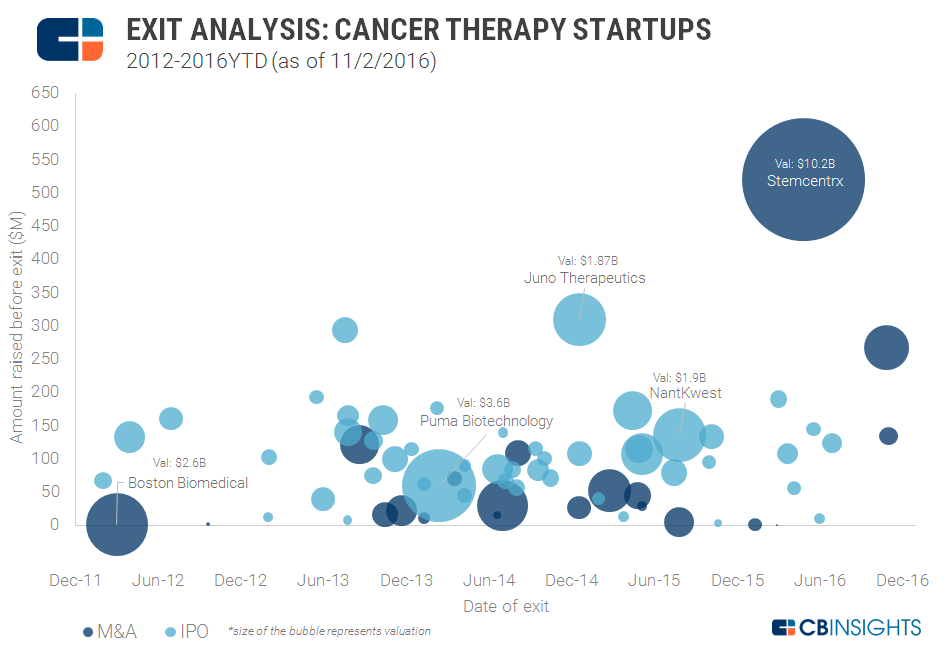 All 12 companies in our largest exits list below had $1B+ valuations at exit.

Want more data about oncology startups? Log in to CB Insights or sign up for free below.