Canadian VC-backed companies continue to garner significant investor interest, with over $700M invested and 15 VC-backed exits in the past two quarters.

Canadian VC-backed companies continue to be on a tear raising $700M+ in Q2-Q3’14, and over $1.5B over the past four quarters. Below we dig into some of the data and trends discernible within Canada’s venture ecosystem.

Over the past two quarters, early-stage investments to Canadian VC-backed companies continued to account for 60%+ of all deals, however Q3’14 saw a surge in mid-stage financings. Mid-stage deals included an $85M Series B to ed tech company Desire2Learn as well as a Series C financing to Hootsuite, which cumulatively raised $60M and valued them at $1B putting them into the unicorn club (startups worth $1 billion or more). The Hootsuite investment featured Insight Venture Partners and Accel Partners, among others. 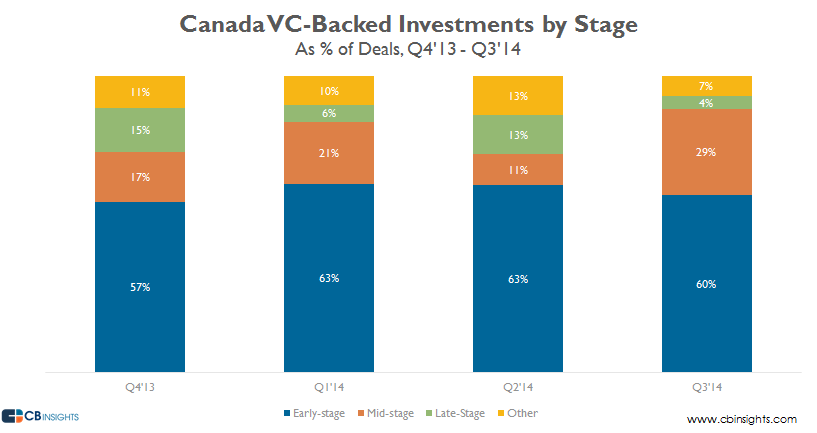 After other sectors including energy & utilities, industrial, and consumer products captured over 1/4 of investments into Canadian VC-backed companies in Q2’14, tech bounced back to take 78% deal share in Q3 behind 20+ deals in Internet companies totaling over $200M. Mobile and computer hardware rounded out the top 3 in terms of sectors (both which fall into our larger tech sector classification).  Notable deals included Accel Partners-backed Lightspeed Retail’s $35M Series B fundraise which valued the mobile PoS startup at $200M. 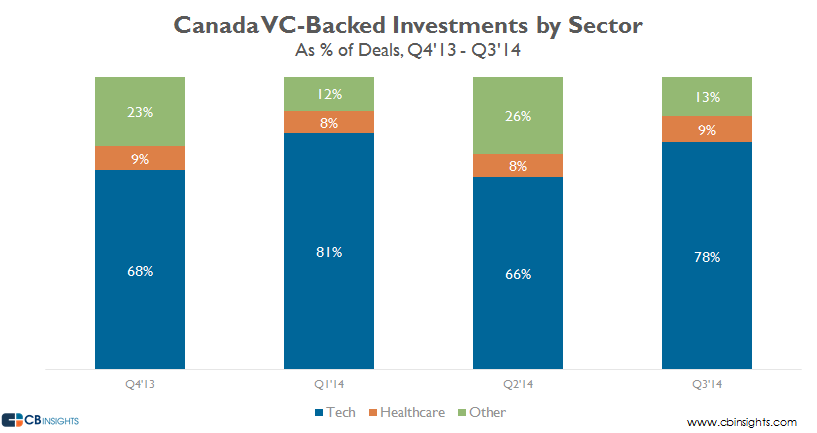 BDC Venture Capital is Most Active 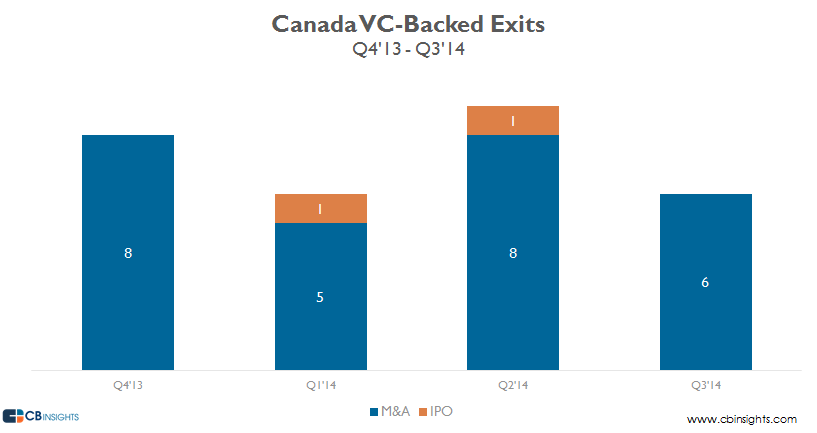 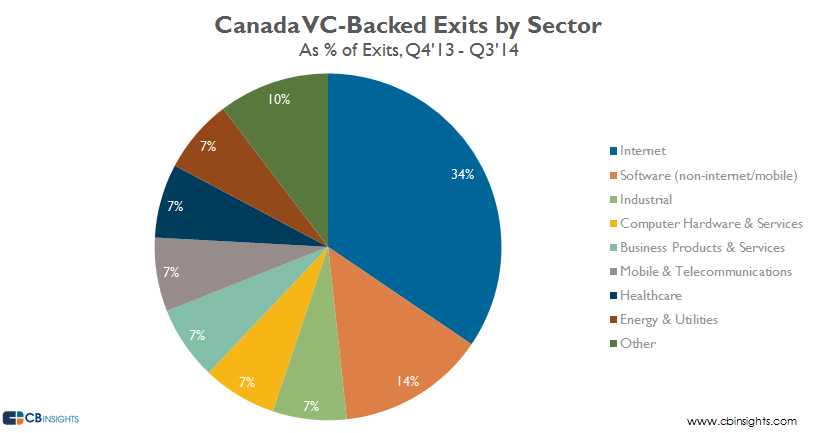 More data surrounding Canada’s venture ecosystem and the ability to track all financings and exits in the market is available as part of CB Insights’ venture capital database. Sign up for a free account below.