As Canadian tech begins to pick up behind some big name companies, how have the early stage deal sizes changed?

Seed deal sizes are growing in tech, and it looks like it’s not just in the US. In Canada, seed deals are also growing in size, reaching a median deal size of $2M in Q4 2014. Seed deal size reached a 5 quarter low in Q1 2014 of $0.6M, but doubled in size the following quarter. Some large seed deals include investments in Blockstream, InvestX Capital, and FreshGrade. 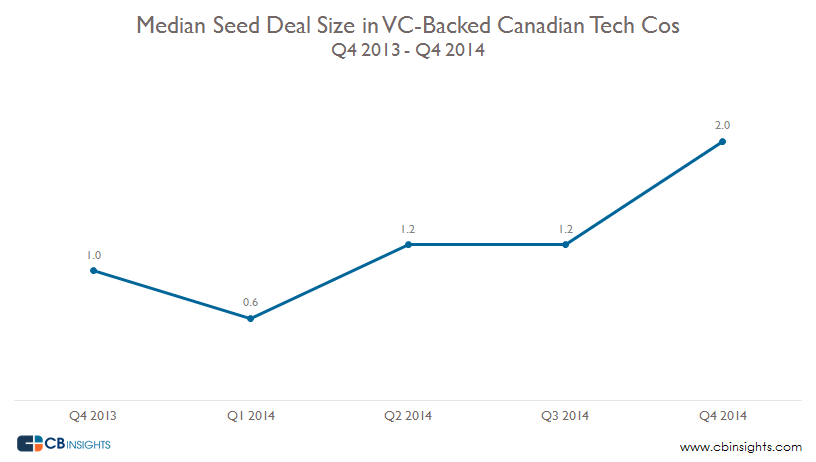 Series A deals have not followed the same trend, with deal size decreasing in the past two quarters to $3.5M in Q4 2014. Q2 2014 saw a spike in median deal size due to fewer but larger rounds including Tasktop Technologies and Allocadia Software. Q1 2014 hit a low for median deal size, being the only quarter to drop below the $3.0M line. 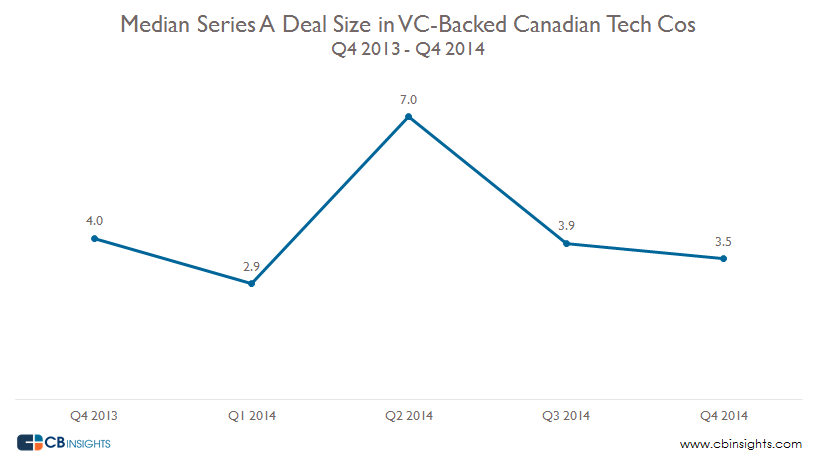