U.S. venture capital funding surpassed 2001 levels in 2014 coming in at $47.3 billion, but that funding is far from equally distributed across the 50 states.

These stats demonstrate how the largest deals in venture from Uber to Cloudera to Pinterest  AirBnB drive funding totals and especially the dominance of Silicon Valley. Many of the candidates in the 2015 Tech IPO Pipeline also call California home. 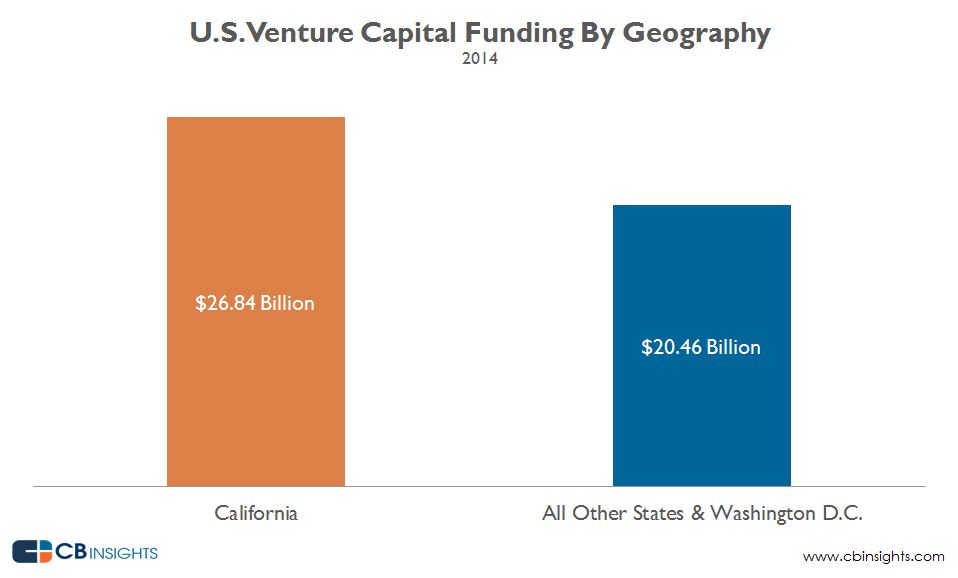 Want to track venture capital deals and financing activity globally? Sign up for the CB Insights Venture Capital Database for free below.