Research Brief
1606
California took almost 60% of all VC dollars in 2014. The domination continues.

For VC investment, it’s still California or bust. As we already detailed, the Golden State saw more venture dollars than the entire rest of the country combined.

California saw funding increase by 81% year over year to total $26.8B in 2014 (VC overall in 2014 was $47.3 billion – get the free 110 page report). Deals increased by a more modest 13%, but still hovered around 400 deals each quarter. Q2’14 was a record quarter for both investment and deals, with nearly $9B invested across 442 deals which included megarounds in both Uber and AirBnB. 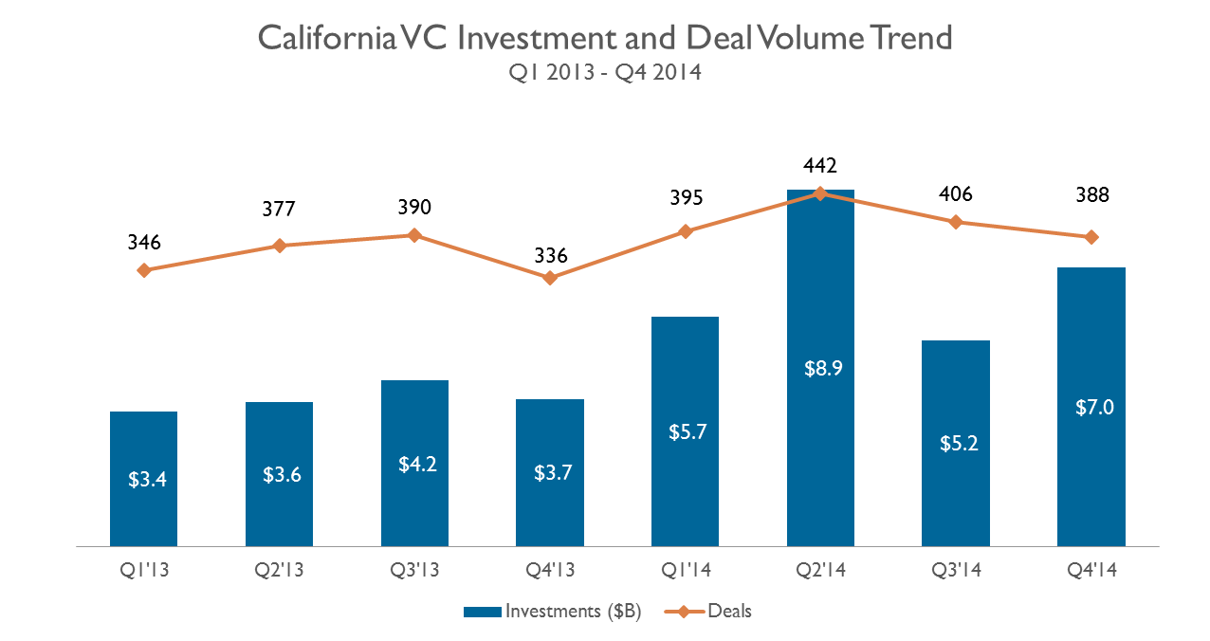 Deals in tech industries comprised of 79% of all VC deals in California. 45% went to Internet companies, while Mobile took nearly a fifth of all deals. Healthcare had more than 200 deals in 2014, and took 12% of total deal share in the state. 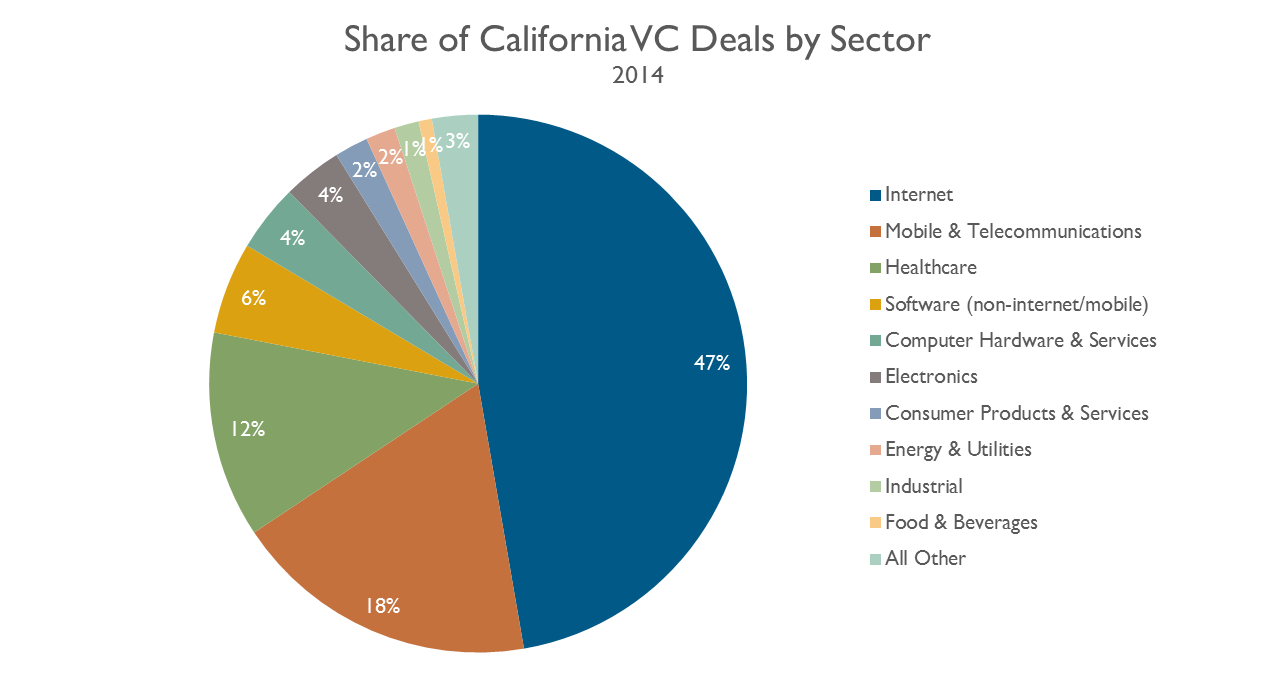 Dollar share in the state mimicked deal share pretty closely, with Uber’s cumulative $2.4B in funding propelling Mobile dollar share from 15% in 2013 to 23% in 2014. Internet still took the lion’s share of funding with more than $11.1B invested into the sector in 2014, while Healthcare trailed with 13% of investment dollars. 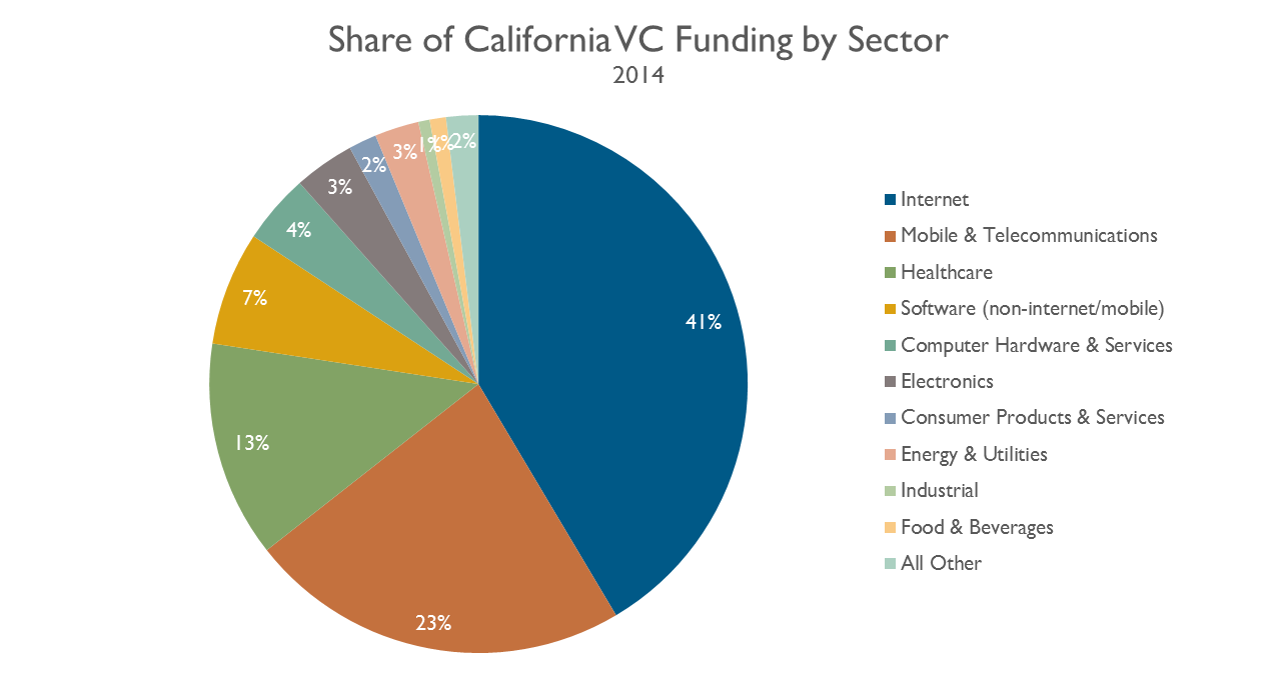 Early-stage deals accounted for 55% of all deals in CA, with a small shift from Series A funding to Seed deals. Every other round type remained relatively range bound, with the fewest deals occurring in Series D financings. 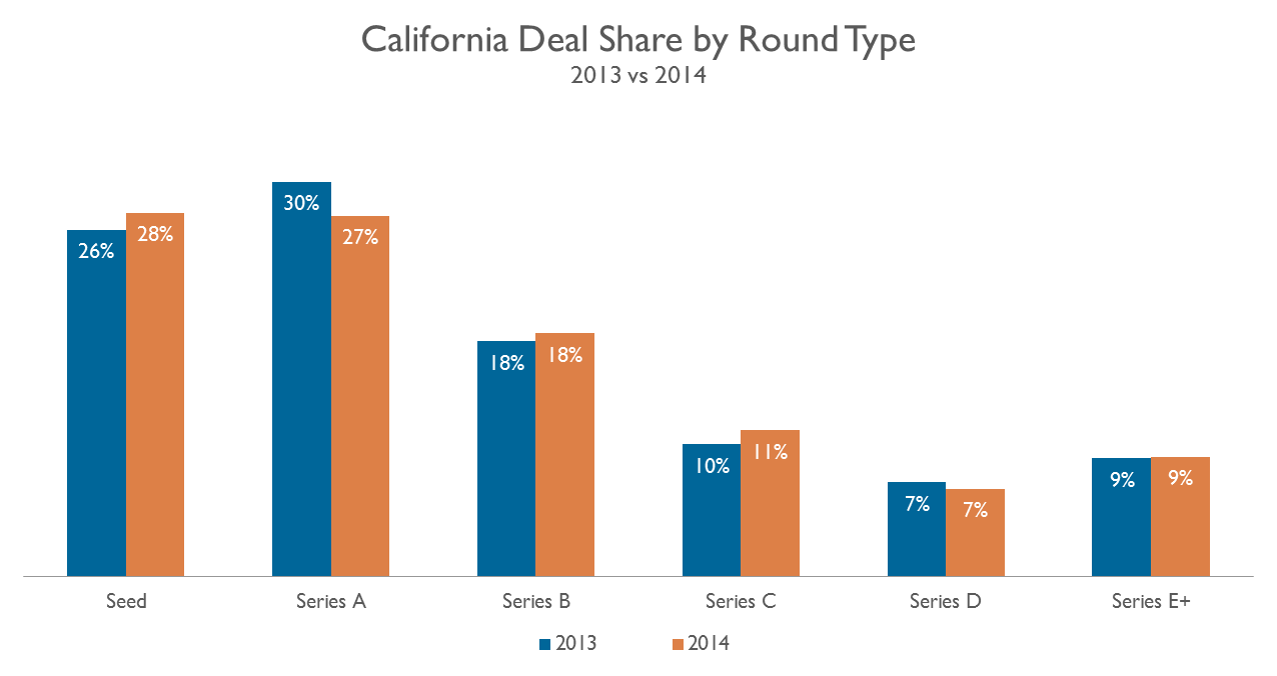 Late-stage funding rebounded in 2014, taking nearly half of all invested dollars in the state after only taking 38% in 2013. The increase in Series D and E+ financing dollars caused every other stage to decrease, with the largest casualty being Series A rounds. 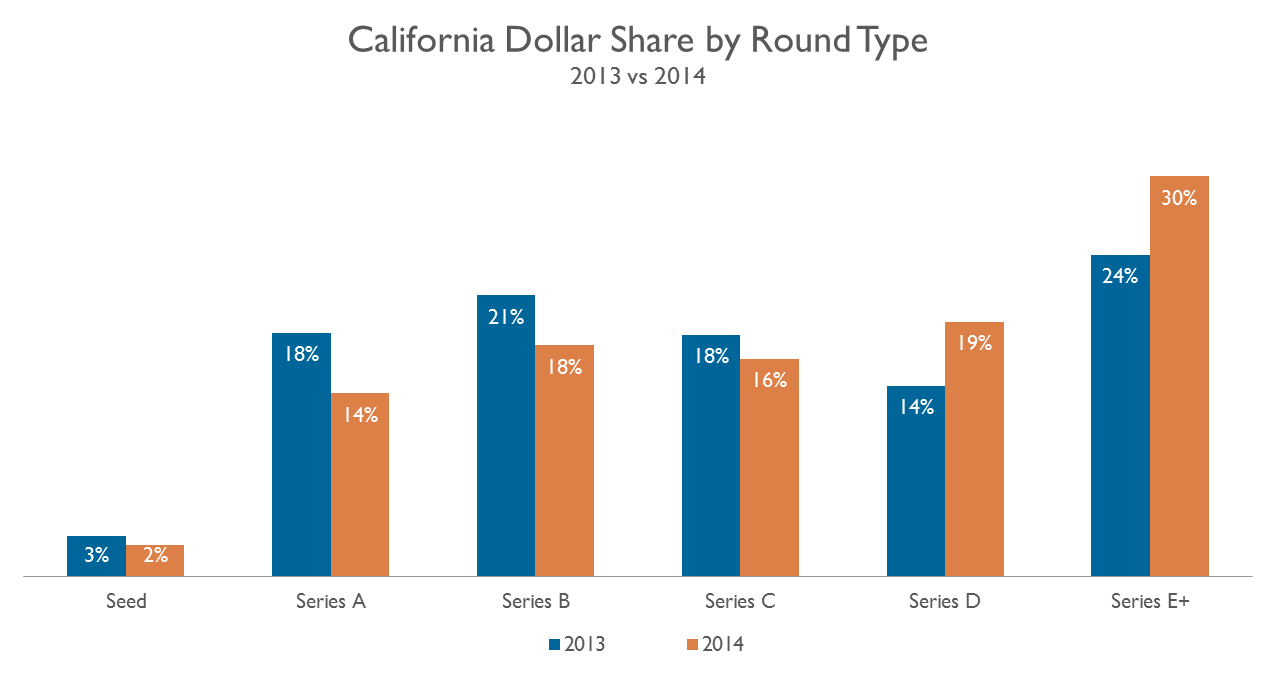 The Largest 2014 California VC deals – More than $5B raised

The top 10 deals in California raised a cumulative $5.6B in funding, with half of those deals going into Mobile companies. Snapchat is the only company outside of the Valley to make it into the top 10 deals.

Want more data on California venture capital? Sign up for our database below.