Between 2009 and 2012, bulge bracket banks became increasingly more involved in tech deals. 2012 saw a peak of 46 deals, a 119% increase from 2009, and included investments in Square, Castlight Health, and Spotify. Though there was a dip in 2013, deal activity in 2014 has rebounded and will hit a 6 year high by end of year. In total, bulge bracket banks have been involved in more than 215 deals since 2009. 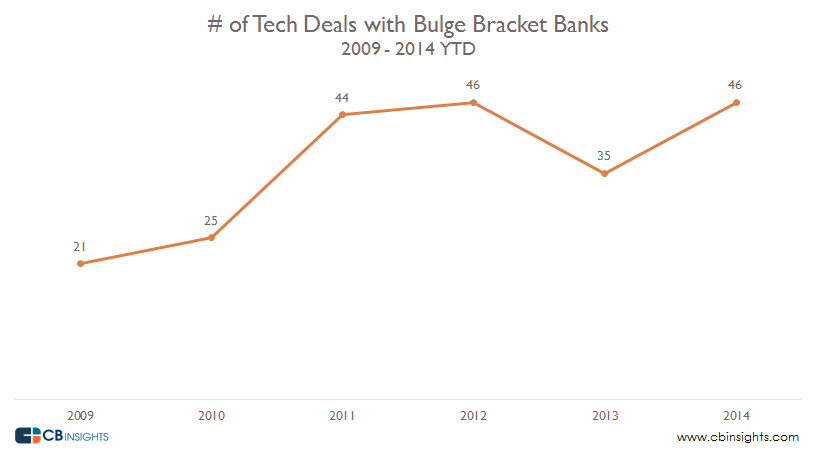 Goldman Sachs has been the most prominent tech investor among banks

Goldman Sachs has been involved in financing the most tech companies since 2009, investing in more than 80 unique companies. Some prominent deals Goldman Sachs has been a part of include the $1.5B Series E financing of Facebook, the $762M debt round to Vivint and more recently the $400M Series C round to Privia Health. JPMorgan Chase & Co. Citibank and Morgan Stanley saw a similar level of activity but were all significantly behind Goldman in investment activity. 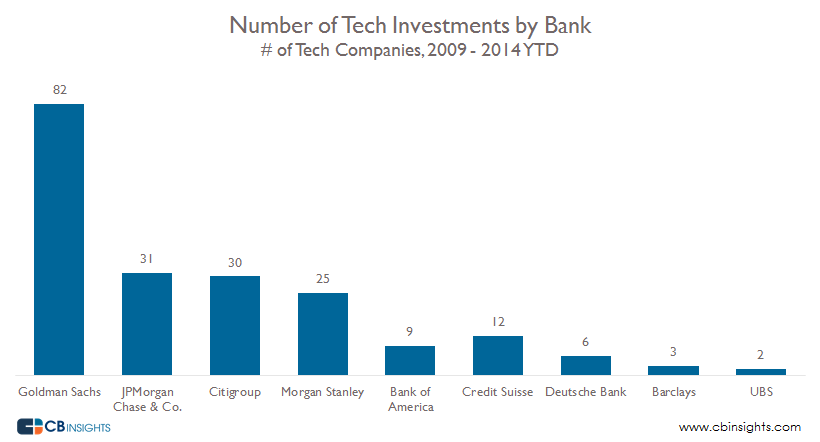 Among the largest tech financing deals that included at least one bulge bracket bank as an investor, Facebook tops the list with the $1.5B financing deal that included Goldman. Following after was Flipkart’s $1B financing in 2014 that included Morgan Stanley, and was one of two deals on the list that were in international companies (the other being IHS towers). Goldman makes the most appearances on this list, being involved in all but 2 of the funding rounds on this list. 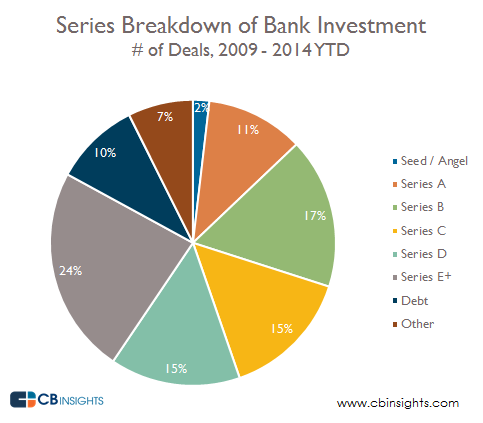 Want to track the investment activity of bulge bracket investment banks? Sign up for the CB Insights private company financing database below or login to your account.