Research Brief
2063
Brooklyn shouldn't be overlooked in discussions of New York tech. The city's largest tech exit ever, Etsy's $1.8B IPO, came out of Brooklyn and many notable startups are based there.

Brooklyn is no slouch when it comes to startups. Though that slender little island across the East River (aka Manhattan) still wins by a long-shot in terms of the sheer number of startups headquartered there, there’s a lot to be said for the variety, energy, and innovation coming out of Brooklyn. We used CB Insights’ venture capital database to identify the companies, trends, investors, and funding patterns shaping the startup scene in New York City’s most populous borough.

Here are some of the reasons why BK shouldn’t be overlooked when considering New York’s thriving tech and startup scenes:

1. Because Vice puts Brooklyn in the unicorn club. 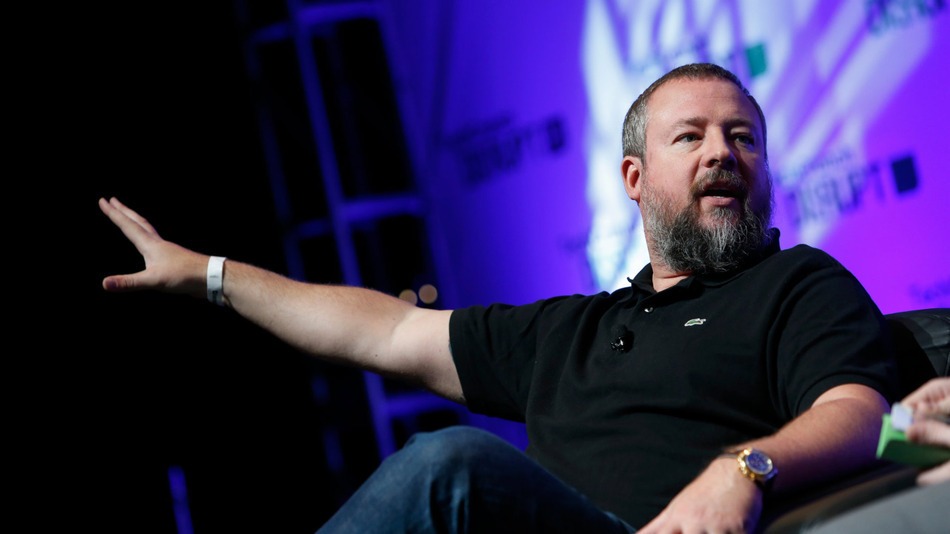 Brooklyn is home to digital-media powerhouse Vice Media, valued at $2.5B, and hence a member of the not-so-exclusive unicorn club of private companies with valuations above $1B. In Q3’14, Vice Media raised $500M from big-name media backers A&E Networks and Fox Broadcasting, making that by far the biggest quarter ever for Brooklyn startup funding. Another unicorn, Blue Apron, started out in Brooklyn but later decamped to Manhattan. Etsy, a former unicorn, is now a $1B+ Brooklyn-based public company. Vice’s CEO Shane Smith is pictured above. 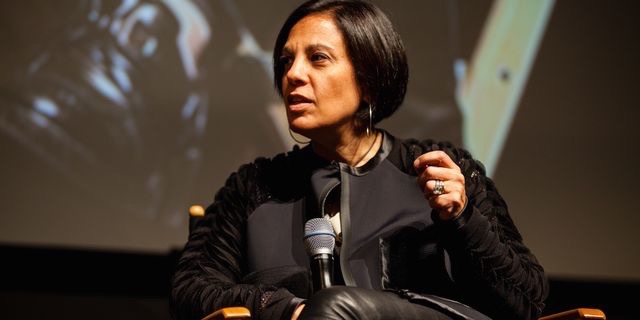 The real estate investor and wife of VC Fred Wilson has made a habit out of angel investing in Brooklyn-based companies, and is the single most active investor in Brooklyn startups. Pictured above, Wilson has participated in 9 or more funding deals to Brooklyn startups over the last 5 years, and is a backer of 3 Brooklyn-based companies: Madison Plus Select, HowGood, and Mouth Foods (the latter raised a $5.6M Series B in mid-October 2015).

3. In fact, well-known angel investors are all over Brooklyn startups. 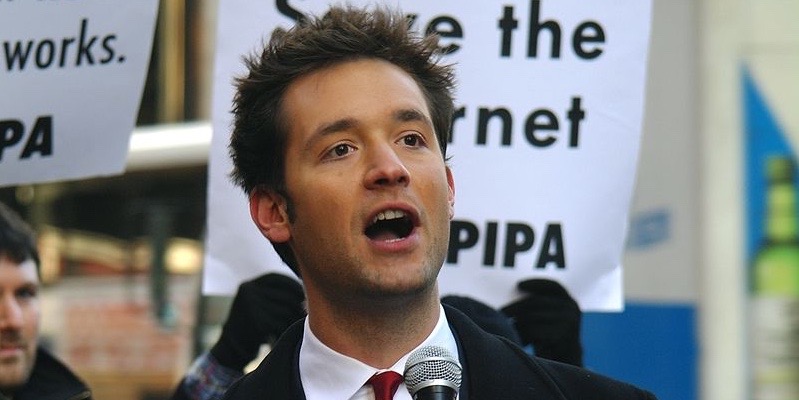 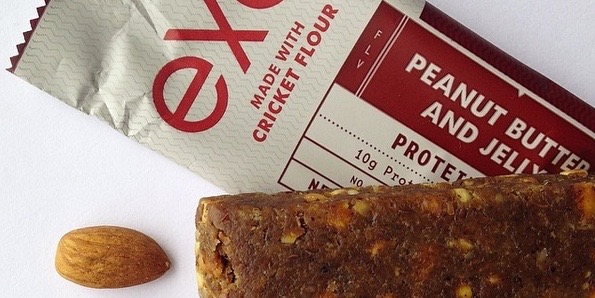 These include “indie food” distributor Mouth Foods, already mentioned; but also a new generation of packaged-food and drink products, including cricket-protein bar maker Exo (backed by Tim Ferriss, mentioned above), and Little Duck Organics. Meal-kit delivery startup Blue Apron was launched in Brooklyn but later relocated to Soho (many Brooklyn startups relocate to Manhattan once they reach a certain size, perhaps because of relatively scarce office space, see number 14 on this list). Brooklyn has been sensitive to the issue of abandonment since the Dodgers decamped for LA 58 years ago, so we’ll just leave that there.

5. There’s a startup in Brooklyn doing pretty much anything you can think of. 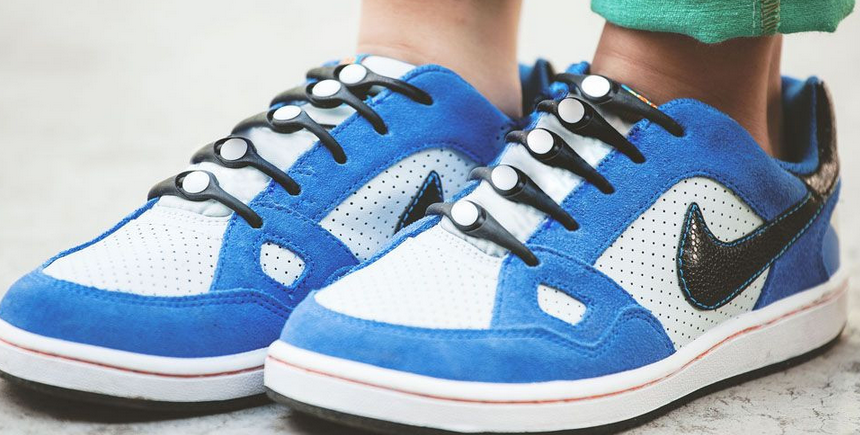 The 70 VC-backed Brooklyn startups on our list are in over 40 unique subindustry categories overall, including mobile gaming (Turbo Studios), biotech tools (OpenTrons), comparison shopping (PolicyGenius), and even a shoelace technology startup (HICKIES). HICKIES’ shoelace system, advertised as laces that never come untied, are shown above.

6. The borough is home to one of the hottest startups for making maps and visualizations out of data. 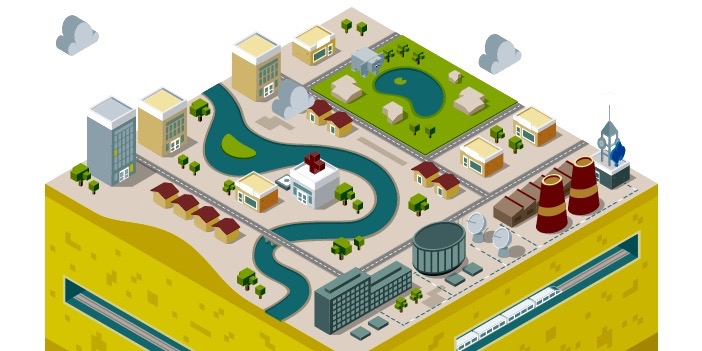 Brooklyn is home to CartoDB, a leading provider of software for marrying data to maps, and has a very high Mosaic score of 900 out of a possible 1000 (CB Insights’ Mosaic score uses public data and predictive algorithms to assess the health of private companies). As location and geo data takes on more and more importance for businesses, CartoDB and competitors like MapBox have enjoyed a higher profile among investors. Visualizations like the one above based on CartoDB data can help corporate planners understand new business locations. It raised a $23M Series B round in September 2015. CartoDB’s backers include Earlybird Venture Capital, Vitamina K, Accel Partners, Salesforce Ventures, and Kibo Ventures. It also received a June 2014 grant from the Knight Foundation.

7. Brooklyn is home to Genius, originally a site for explaining rap lyrics that is now at the forefront of the wider annotation trend that could transform media and the internet as a whole. 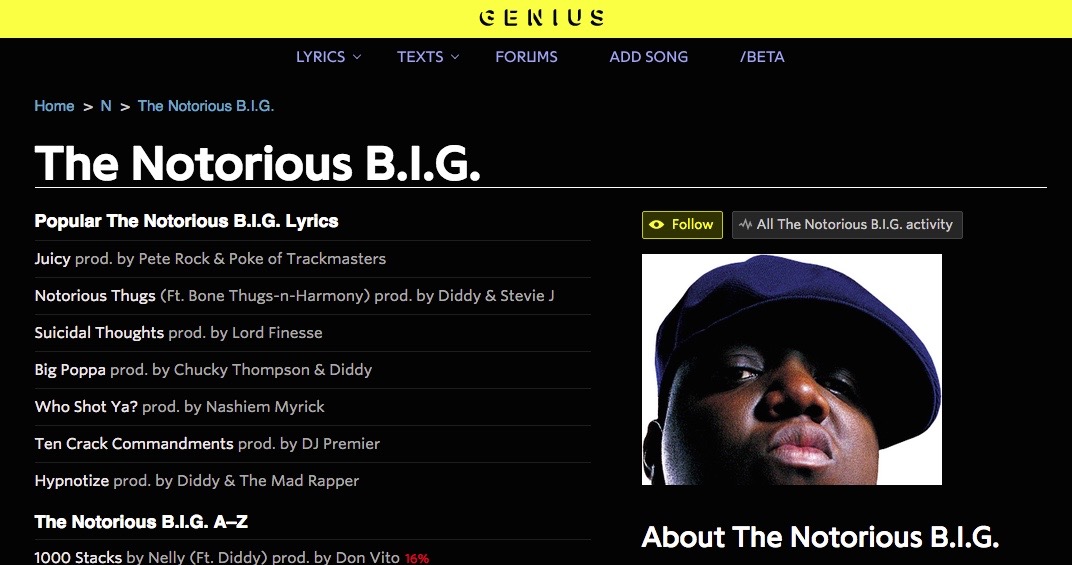 Genius, an annotation site that first grew popular as Rap Genius, is dedicated to deciphering the meaning of rap lyrics. Genius has prominent venture capital backers including Lerer Hippeau Ventures (see below), QueensBridge Venture Partners, Betaworks, Softbank Capital, and Andreessen Horowitz. The startup has been credited with playing an important role in revitalizing the formerly hard-core industrial Gowanus neighborhood by putting its new headquarters there, braving a nearby superfund site to do so (the still-polluted Gowanus Canal). Annotation has potential in crowd-sourced journalism and harnessing collective knowledge to create the “Internet Talmud,” as Andreessen Horowitz’s Marc Andreessen has put it. It’s worth mentioning that LA-based QueensBridge Venture Partners was started by rapper Nasir “Nas” Jones.

8. Brooklyn is home to what is probably the first VC-backed podcast-only media company.

Now that everyone seems to have a podcast, the idea might not seem so novel, but podcast pioneers were there first. One of them is American Life veteran Alex Blumberg who launched his startup Gimlet Media in a very public way (by starting a popular podcast, named “Startup,” about his efforts getting Gimlet off the ground). Gimlet is hiring, and has already grown its podcast portfolio to three different shows, including “The Mystery Show,” “Startup,” and “Reply All.” 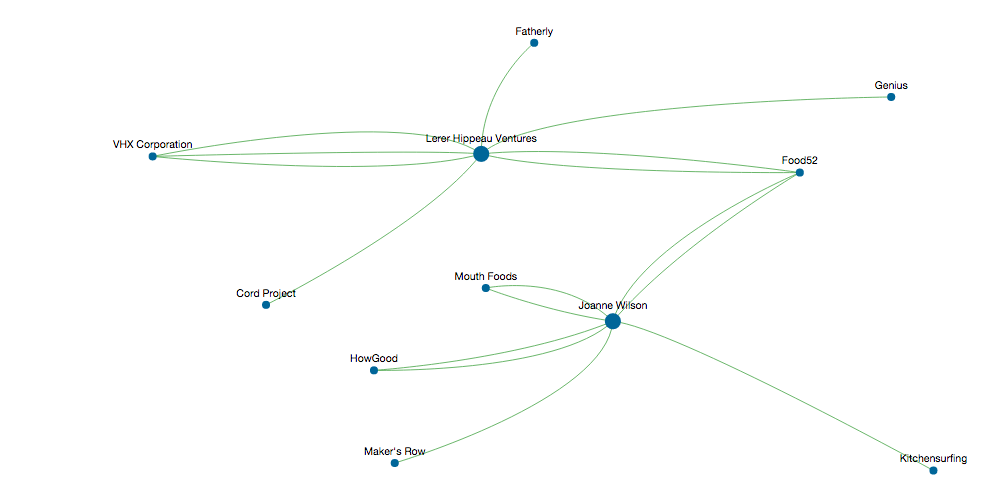 New York-based seed specialist Lerer Hippeau bills itself as the city’s most active investor, and is also the most active VC investor in Brooklyn startups, with 8 or more deals there over the last five years, according to our data. Pictured above are some of Lerer Hippeau’s deals to Brooklyn-based startups, along with those of angel investor Joanne Wilson, previously mentioned, who is the most active non-VC investor. The visualization above was made using CB Insights’ Business Social Graph, which reveals the relationships and trends linking investors, startups, and acquirers. It should be noted that one of LHV’s exits, MakerBot, was Brooklyn-based.

10. The borough has attracted some $890M in startup funding over the last six years. 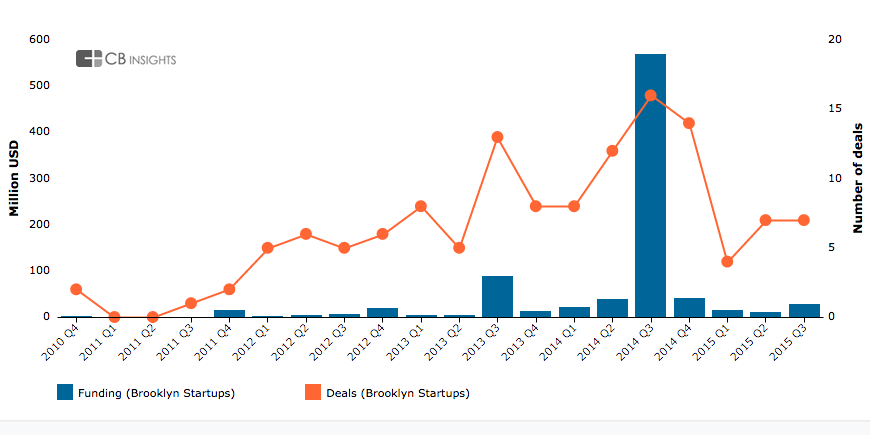 This is between the last quarter of 2010 and Q3’15, as sized by aggregate amount raised across the 70 Brooklyn-based startups we identified using CB Insights’ venture capital database. A good chunk of that is the $570M in total funding raised by Vice Media. On the other hand, the funding total does not account for exited Brooklyn companies like Etsy and Makerbot. If those two exited companies were included, Brooklyn startups would hit $1B raised in the period. Funding and deals peaked in Q3’14, when Vice received a big cash infusion. The average amount raised for the 70 companies is $44M per quarter. 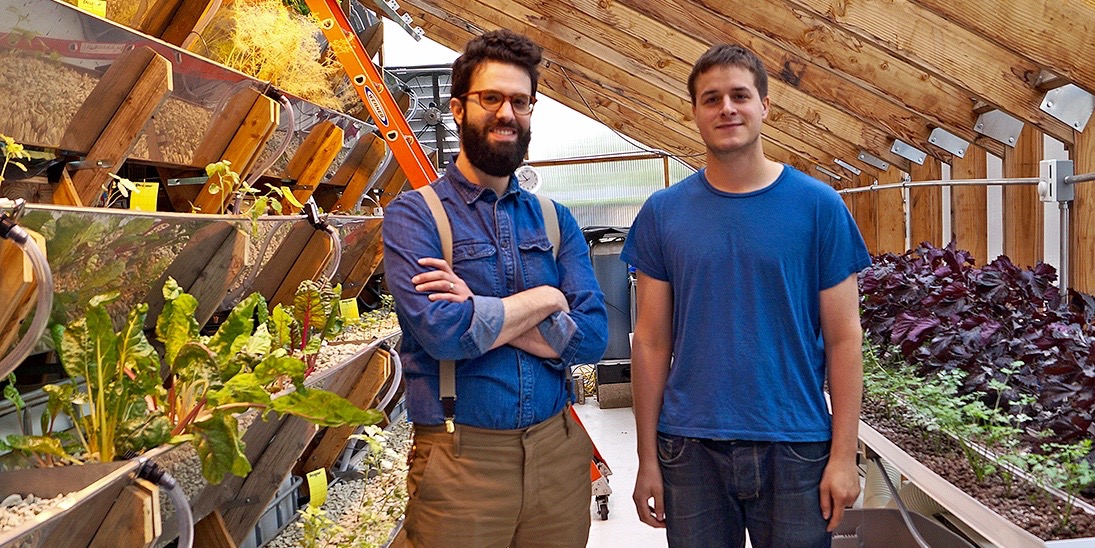 Pictured above are Jason Green (beard), co-founder and CEO of urban farming startup Edenworks, and Ecosystem Manager Nick Strelov (no beard). Edenworks has developed greenhouse technology and data tools to grow indoor crops at scale that are as flavorful as traditional crops. Edenworks’ greenhouses are in the Bushwick area of Brooklyn where CartoDB moved, and the startup is opening up more greenhouses in Queens.

12. Because Etsy is still based in Brooklyn. 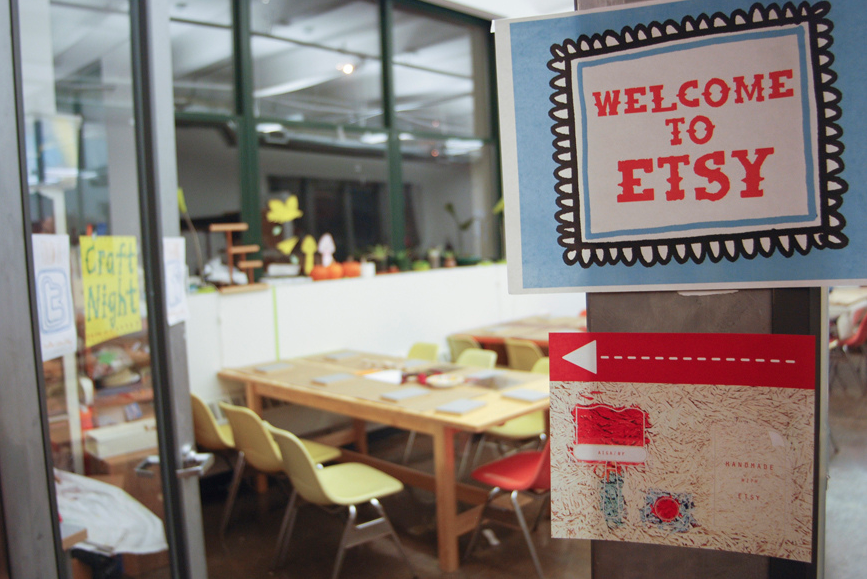 In fact, the now-publicly traded former startup was New York’s biggest tech exit ever, at its IPO valuation of $1.8B, but that has not caused it to betray its Brooklyn roots. Most of Etsy’s 700+ global employees still work out of its Brooklyn headquarters in the now-trendy and expensive DUMBO neighborhood, an acronym that refers to the neighborhood’s locale, Down Under the Manhattan Bridge Overpass. Gothamist, a New York news site, recently referred to Etsy’s headquarters as an office that you’d actually want to come to on Mondays.

13. Because you could stock a whole bar from products made by Brooklyn-based startups. 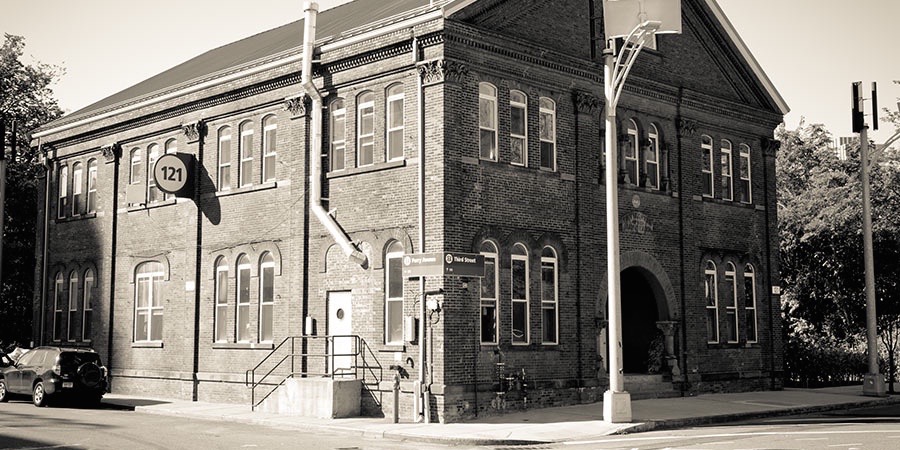 Bottles of bourbon and chocolate whiskey from King’s County Distillery (the building where King’s County is based, pictured above). Tonic and seltzer from Q-Tonic. Maybe use both to liven up a smoothie from Brooklyn’s health-drink ingredient-delivery and recipe startup, Green Blender? Whiskey-spiked activated-charcoal fizzy kale lemonade anyone?

14. There are still (relatively) cheap rents, and more to come. 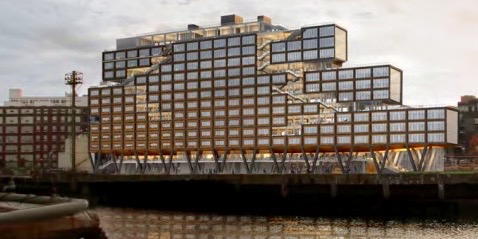 Pictured above is a rendering of Manhattan-based WeWork’s massive project planned for Brooklyn’s Navy Yard, a former shipbuilding complex that’s now a seedbed for condos, food startups — King’s County Distillery, mentioned above, is based in the Navy Yard — and soon a Wegman’s supermarket. WeWork provides companies, many of them startups, with office spaces already outfitted with all the amenities, including game rooms, kitchens, building maintenance, computer networking, etc. One of Brooklyn’s shortcomings compared to Manhattan is the relative scarcity of turnkey commercial office space (which is likely why Genius, Etsy, Kickstarter, and Vice Media have all overhauled old warehouses for their spaces). The Navy Yard project could help alleviate Brooklyn’s office space gap. Another Brooklyn startup, Common, offers a platform for finding “co-living” spaces. 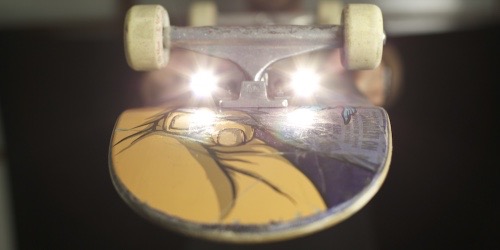 Makerbot singlehandedly brought the 3D printing revolution to Brooklyn when it decided to headquarter itself at Brooklyn’s downtown so-called Metro Tech Center (one of the few tech companies to actually do so). Though it has recently run into trouble, MakerBot was acquired by Stratasys for $400M in 2013, making for another huge Brooklyn exit. Pictured above are removable headlights for skateboards, manufactured using Makerbot’s technology.

16. Brooklyn has its own hometown fund. 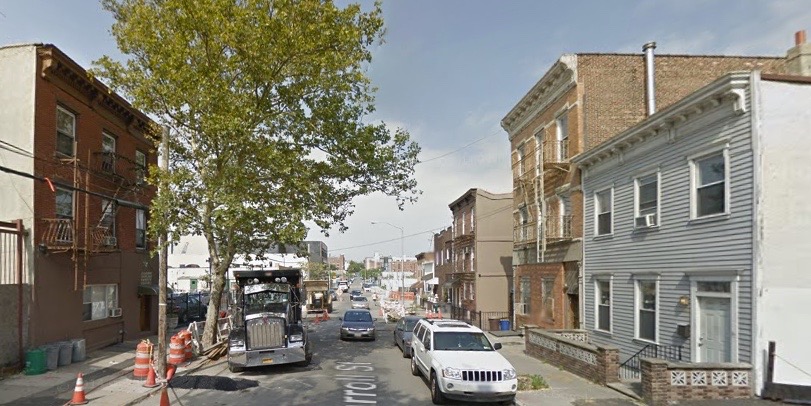 Brooklyn is home to its very own $8.3M seed fund, Brooklyn Bridge Ventures. Pictured above is a Google street view of the Gowanus neighborhood near where BBV is based. How many more VC name plaques on town homes will it take to create Brooklyn’s own version of Sandhill Road in Silicon Valley? Gowanus Row?

17. Brooklyn is a kind of borough-sized incubator. 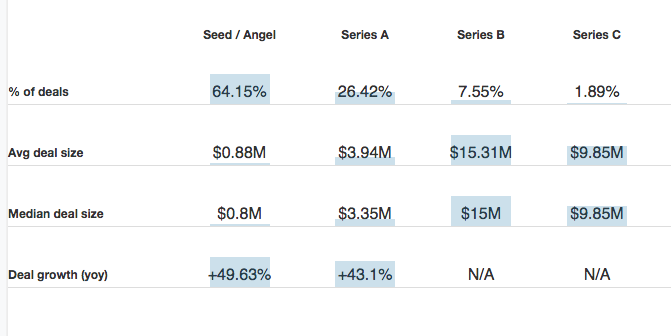 As the table above shows, the majority of financings for Brooklyn startups are early-stage investments to companies at the Seed and Series A stages, according to our analysis of 70 Brooklyn-based startups we identified using CB Insights’ venture capital database. Early-stage accounts for more than 90% of all deals. This means Brooklyn is literally a big seedbed for New York’s early-stage startup scene. Any of these fledgling startups could one day enjoy seemingly out-of-nowhere success.

18. A handful of Brooklyn neighborhoods are home to a high density of media startups. 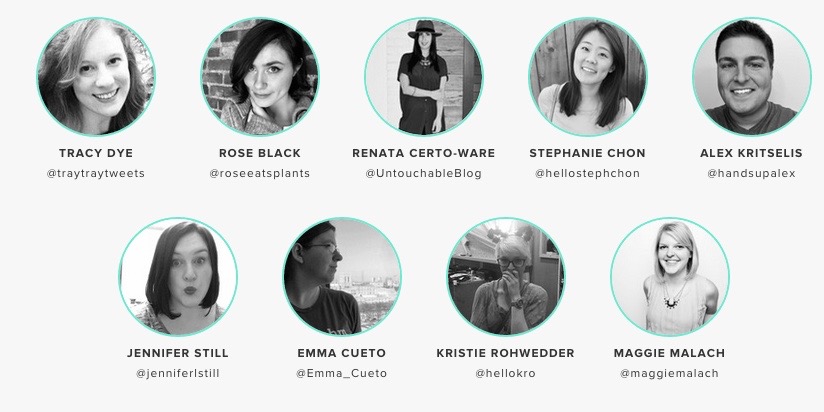 Brooklyn is filled with opinionated resident writers and journalists, who liven up its bars, coffee shops, and public readings. It also is home to a few prominent publishing startups. Roads & Kingdoms and Atlas Obscura publish world-roving travel writing, while LitCharts takes apart classic books and contemporary literature into fun and easy-to-navigate interactive graphics and summaries (LitChart’s slogan is, “Get lit”). Finally, Bustle is an online publisher aimed at millennial women started by the founder of the ultra-successful sports site, Bleacher Nation, which sold to Time Warner Cable for $175M. Some of the Bustle staff writers are pictured above. The site boasts some 40M monthly unique visitors.

19. Brooklyn startups are making the borough a better place. 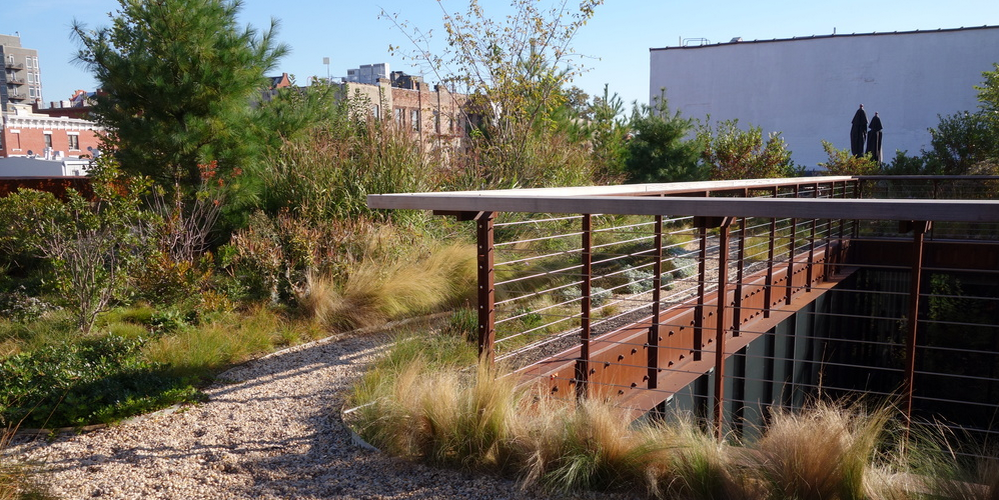 We’ve mentioned Genius’s role in revitalizing the Gowanus area. Kickstarter, which became a public benefit corporation last month, has played a similar role in Greenpoint, Brooklyn, moving from Manhattan’s Lower East Side and into a sprawling new headquarters in Greenpoint last year. The building, which was an old pencil factory and now houses 116 Kickstarter employees, is pictured above — after the construction and renovations. Where else would a site dedicated to crowdfunding of pie-in-the-sky ideas, artists, future hit products, and goofball stuff like this be headquartered? Manhattan? Palo Alto? Fugghedabout it.


If you aren’t already a client, sign up for a free trial to learn more about our platform.