Research Brief
2696
Despite a continued slowdown in both deal and funding activity worldwide in Q1'16, there were a few standout exceptions to this gloomy trend.

Following a sharp drop-off in global venture capital activity at the close of 2015, the pullback deepened in Q1’16, as investors dialed back both deals and funding for a second-straight quarter.

However, there were a few regional exceptions where both deal and funding activity rose in Q1’16, mostly in North America. We examined financings to VC-backed companies across regions in the recent KPMG and CB Insights Venture Pulse Report, built using CB Insights’ private company database.

Of the three largest US startup ecosystems, only New York saw an uptick in both deals and dollars for Q1’16 (the other markets being California and Massachusetts). Deal count was up 10% from Q4’15, while New York’s quarterly funding total jumped 75% sequentially to a 5-quarter high of nearly $2.6B. 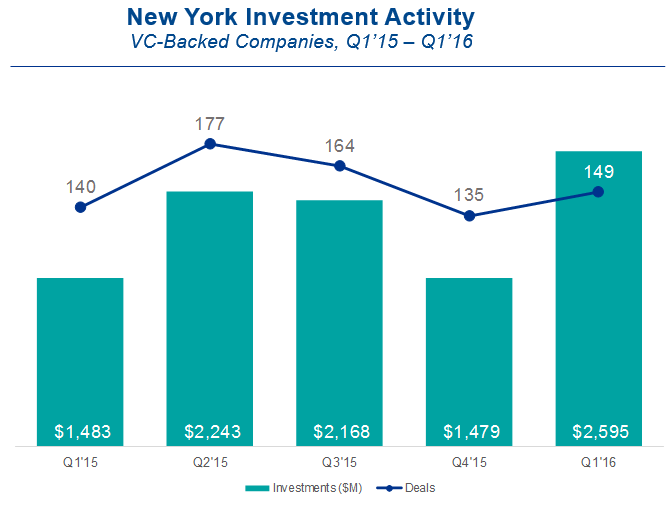 Texas was another relatively bright spot within the US, with deal count jumping 73% to 57 and funding to VC-backed companies ticking up 8% to $493M. Austin remains a hot center of activity within the state. The city saw over $250M of funding and more than 30 deals in Q1’16, according to our report. 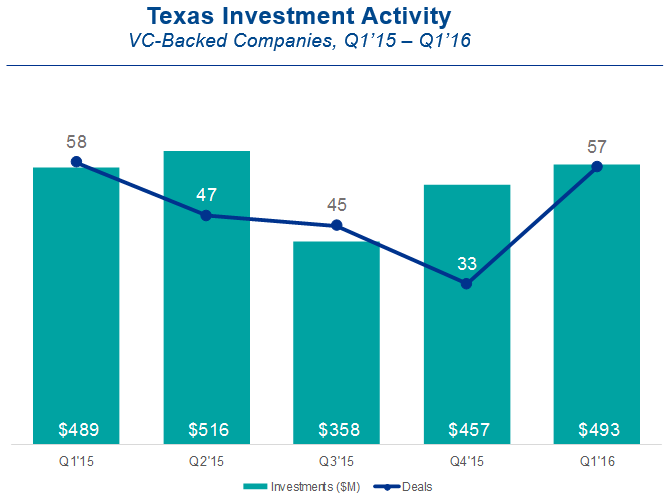 Canada also saw deal activity rise to 63 for the quarter, the highest quarterly total since Q1’15. Funding was also up 11% from Q4’15, though still well below the peak level seen in Q3’15. Canada’s largest deal for the quarter was to bitcoin, blockchain, and smart contracts company Blockstream, which landed a hefty $55M Series A in February. 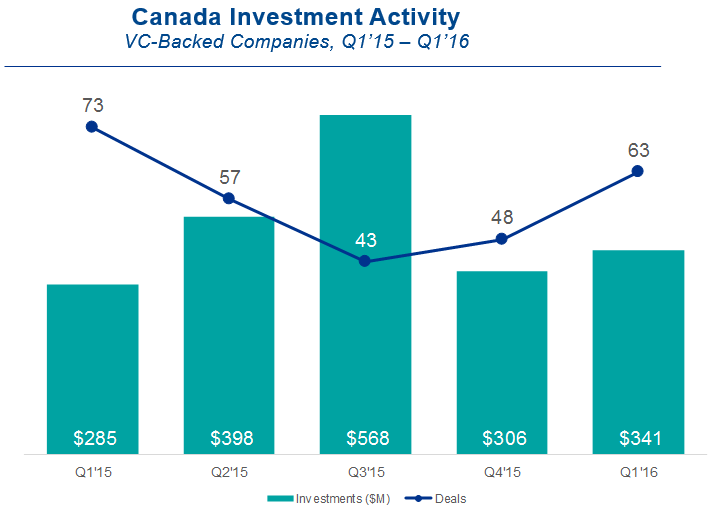