Research Brief
879
Dropbox has acquired or acqui-hired 20 companies, primarily focused on the mobile front. Soon-to-IPO Box has made six acquisitions as well as two private company investments across a diverse array of areas.

The cloud storage space is one that IPO watchers are keenly watching in 2014 driven primarily by two high flyers in the space – Dropbox and Box.

Backed by investors including US Venture Partners, Scale Venture Partners and Draper Fisher Jurvetson, Box is finally turning its long-rumored IPO into reality. Still on the sidelines is Dropbox, which last year raised funding at a $10B valuation.

Collectively, the two cloud storage vendors have raised over $990M in aggregate funding to-date. And both while still private have been willing to acquire – or invest – in multiple startups. Sequoia Capital-backed Dropbox has acquired or acqui-hired 20 companies since the start of 2012 including a host of mobile apps, most notable of which was Charles River Ventures-backed Mailbox, acquired for a rumored $100M. Nine of Dropbox’s acquisitions have come since March 2014. Meanwhile, Box has made six acquisitions – as well as two separate minority investments in a diverse range of companies.

Using CB Insights exit and financing data, below is a compilation of Box and Dropbox’s M&A & investment activity. 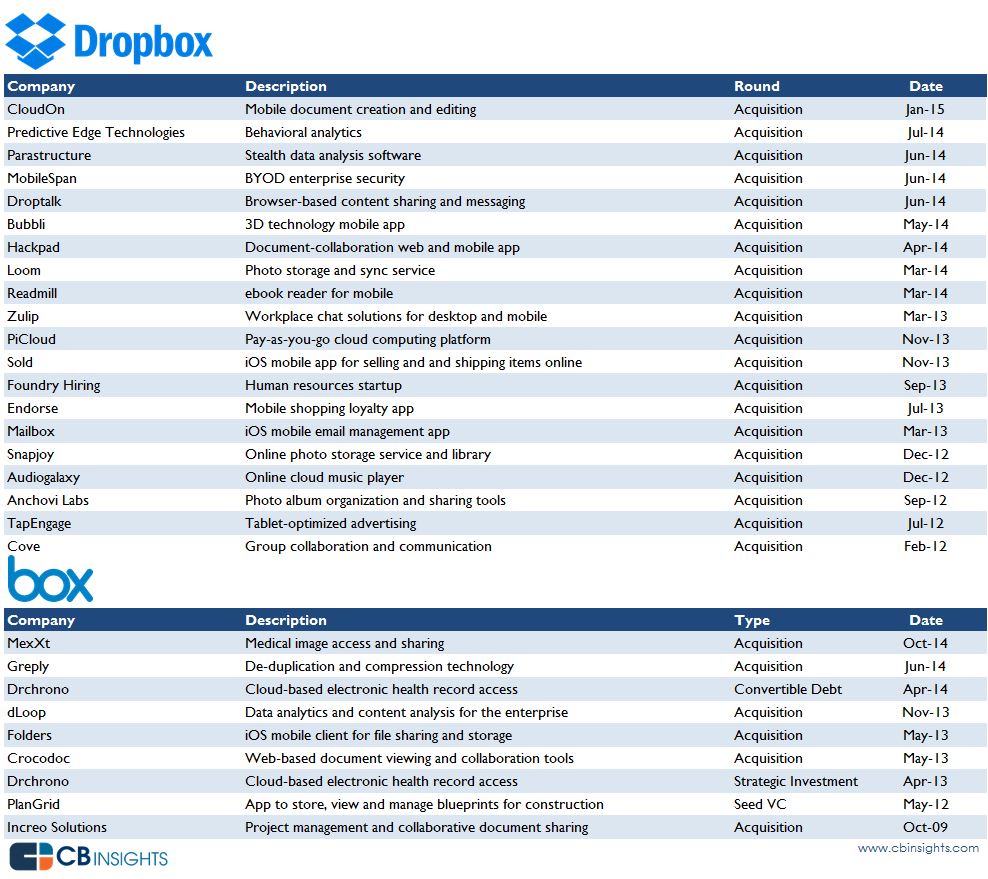 Updated as of January 22, 2015
For more exit and financing data, check out the CB Insights Venture Capital Database. Sign up for free below.