Research Brief
1803
While Massachusetts overtook NY in VC activity and IPOs, the Empire State dominated in VC-backed M&A activity this past quarter.

New York and Massachussetts have had a pseudo-rivalry over being the tech hub of the east coast. While New York has recently trumped in VC deals and dollars, Q1’15 saw Massachusetts pass by the Empire State in both areas. While both states were neck and neck with more than $1.3B invested, Mass. edged ahead with $1.37B invested across more than 90 deals. 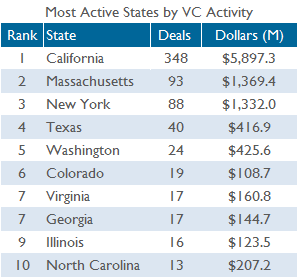 This has been the first time in five quarters that the Bay State has had more of a deal share than New York, making it the second most active state after California with 12% of total VC deals. 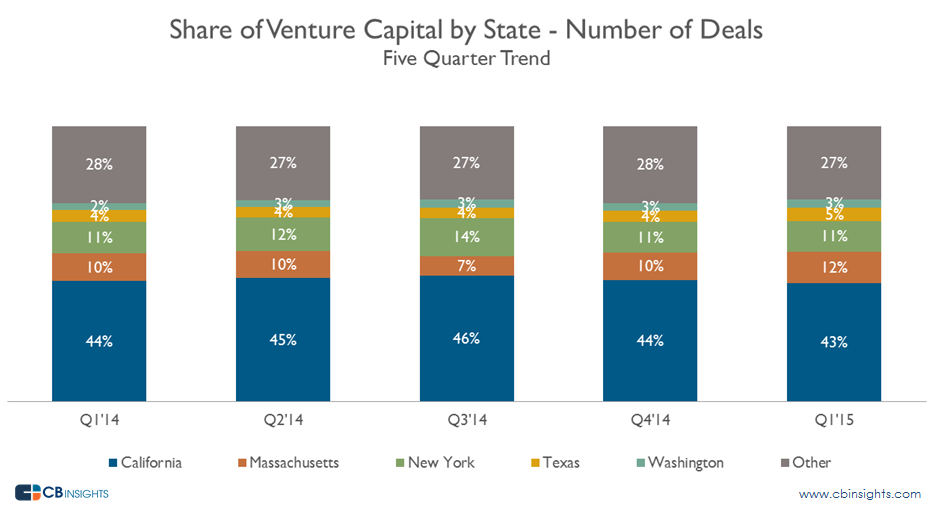 New York has maintained its dominance of the internet sector, taking 17% of total VC deals in Q1’15 compared to Massachusetts 8%. However, Mass. overtook NY in mobile share, bouncing back from a low of 6% in Q4’14 to more than 10% in Q1’15. Large mobile deals in MA include Localytics and Altiostar Networks.

When it comes to exits, New York saw no VC-backed IPOs while Mass. took 33% of VC-backed exit share behind biotech exits including Flex Pharma and Inotek Pharmaceuticals. With New York’s blockbuster IPO of Etsy in Q2’15, New York could see more companies head to public markets with confidence. Though NY lacked IPO activity in Q1’15, it took more than a quarter of all VC-backed M&A activity which was nearly double Massachusetts share. Large NY acquisitions include LearnVest, eXelate, and Sunrise, which all exited for more than $100M.

Data and charts are from our Q1’15 VC Report. Download it here.

Want more data on Massachusetts and NY companies? Check out our venture capital database below.