On a quarterly basis, non-ICO blockchain deals hit their lowest point since Q4’13, settling at 16 financing rounds. However, nearly 60 ICOs closed in the same quarter for more than $750M.

As a refresher, blockchains are cryptographically secured, distributed ledgers, first developed as the underlying technology of the popular cryptocurrency, bitcoin. Our blockchain definition includes cryptocurrency focused companies as well as blockchain-focused companies applying the technology across sectors and verticals. Initial coin offerings — or, ICOs — are token sales offered by blockchain companies looking to exchange network access or equity for financing. Tokens are subsequently traded on cryptocurrency exchanges, and rise or fall in value as a function of the company’s popularity, growth potential, and/ or general speculation, similar to conventional securities and liquid markets.

Below, we dive into the CB Insights platform to look at Q2’17 trends.

On a quarterly basis, blockchain deals hit their lowest point since Q4’13, dropping by nearly half quarter-over-quarter, to 16 financing rounds. However, total funding dollars set a new record at $232M.

The largest deal of the quarter went to the banking consortium R3, in a $107M Series A that saw participation from more than 40 investors hailing primarily from financial services. UK-based wallet and payments platform Blockchain raised a $40M Series B in another noteworthy financing round, with Lightspeed Venture Partners, Virgin Group, and Google Ventures investing, among others. 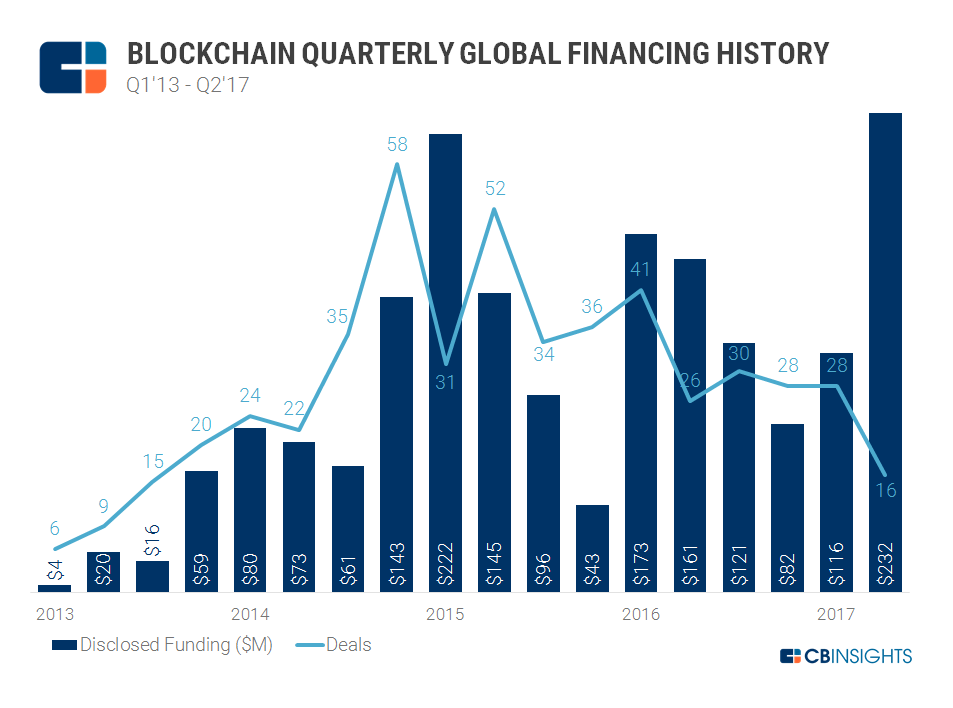 The nascent financing method of ICOs generated massive investor interest, with nearly 60 companies raising an estimated $750M via ICOs in Q2’17 alone, more than triple total “traditional” dollars over the same period. Year-to-date, ICOs have raised more than $1B, with core development and blockchain governance platform Tezos claiming the largest closed ICO round (in Q3’17), at around $230M. Still, regulatory questions around ICOs linger, as a rush of speculation to the sector has resulted in an uptick in fraudulent activity and hacker activity. Also looking to capitalize on the hype, a number of cryptocurrency hedge funds have opened shop. 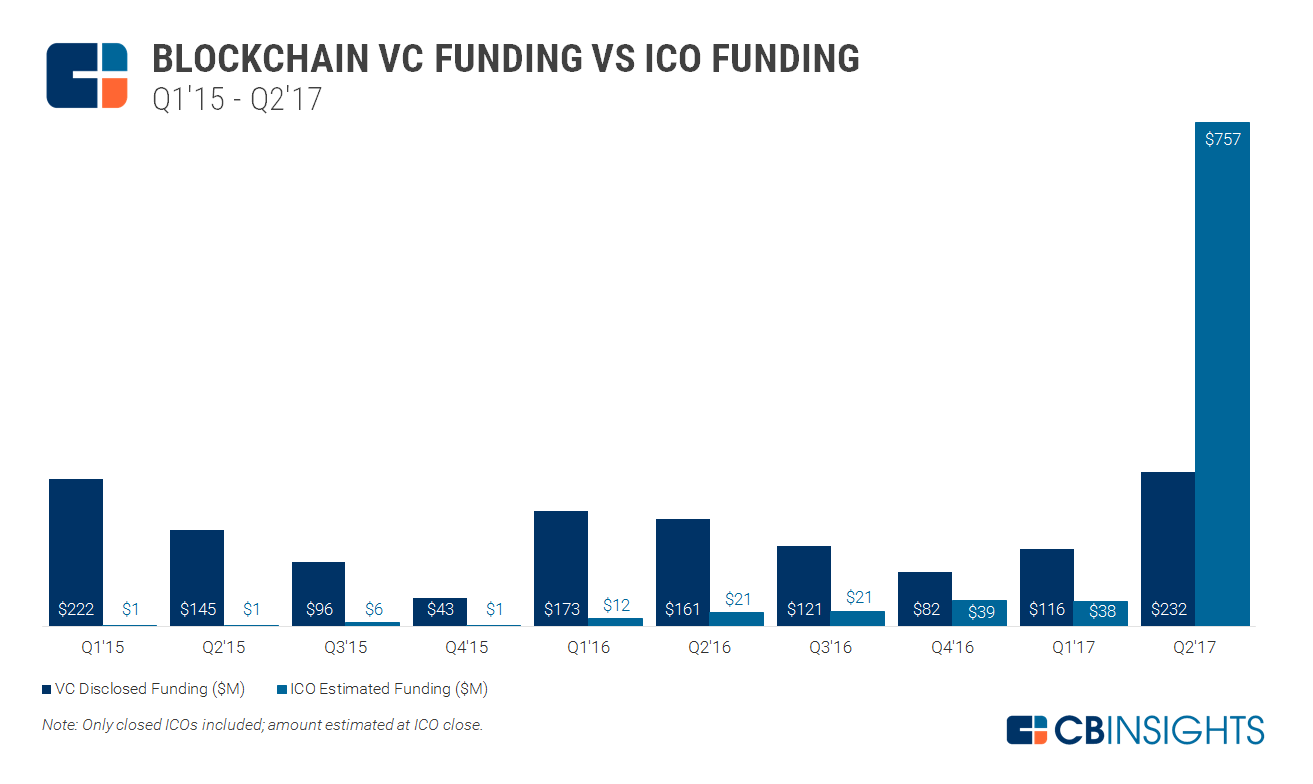 The AI In Fintech Market Map