Even as debates around scaling bitcoin, cryptocurrency ETFs, and token sales rage on, it isn’t slowing renewed investor interest in the space. Q1’17 blockchain startup investment deals and dollars trended up on a quarterly basis. Notably, ethereum — a smart-contract enabled network that seeks to be the platform of choice for the development of decentralized applications — has seen real growth with its announcement of the Enterprise Ethereum Alliance, a consortium of top tech firms and corporations advancing ethereum business use-cases.

We used CB Insights data and analytics to highlight quarterly financing trends to the sector, as well as other key metrics.

Of note, Q1’17 saw blockchain startup investment deals rise for the third consecutive quarter, while funding rebounded after a three-quarter drop. In total, Q1’17 saw $141M invested across 41 deals, and the number of deals has grown an average of 16% quarter-over-quarter since Q2’16.

The largest financing of the quarter went to BitFury, which closed a $30M Series C from China Credit Limited Holdings. Started as a bitcoin mining company providing hardware and other services, BitFury has expanded into blockchain consulting and recently helped the country of Georgia put property and title records onto a blockchain. This might reflect broader maturation in the sector, as traditionally bitcoin-focused companies pivot to cater to bigger players (with deeper pockets) interested in exploring blockchain business use-cases. 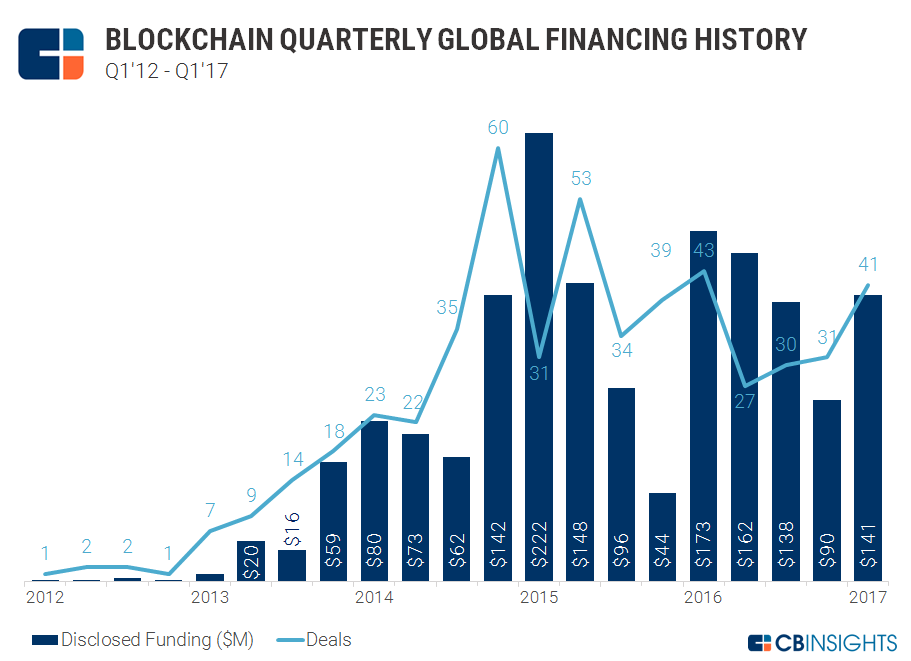 Of note, a number of seed and angel financings raised money in equity crowdsales, or initial coin offerings (ICO). Qtum is one such company, and raised approximately $16M in an ICO to offer a smart-contract compatible blockchain for businesses. ICOs remain a regulatory conundrum, as companies “go public” from day one, potentially increasing investor losses in the event of bankruptcy. Additionally, blockchains — such as bitcoin and ethereum — lack any administrative governing bodies (blockchains are “governed” by nodes on the network itself), and investors and governments lack clear recourse processes in the event of bankruptcies, fraud, or other illegitimate activity. 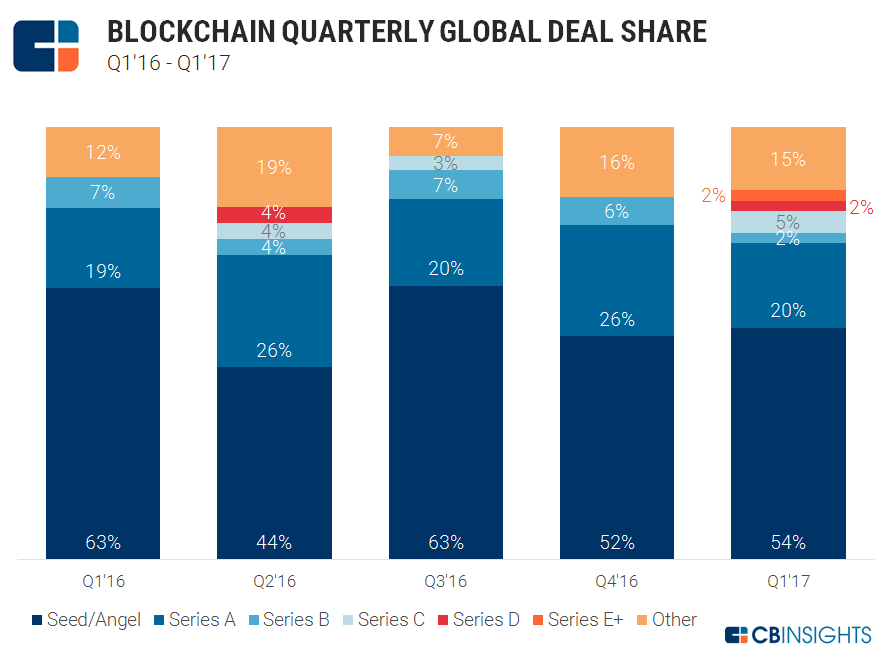 Lastly, we compared a few keywords — (1) blockchain, (2) bitcoin, and (3) ethereum — using CB Insights Trends tool to gauge how interest in the sector has been trending, based on media article mentions.

Not surprisingly, articles mentioning bitcoin and ethereum have risen largely in line with their respective prices. Also of note is the rise of blockchain-specific articles. This could indicate a growing appreciation for the technology’s potential impact, regardless of bitcoin. 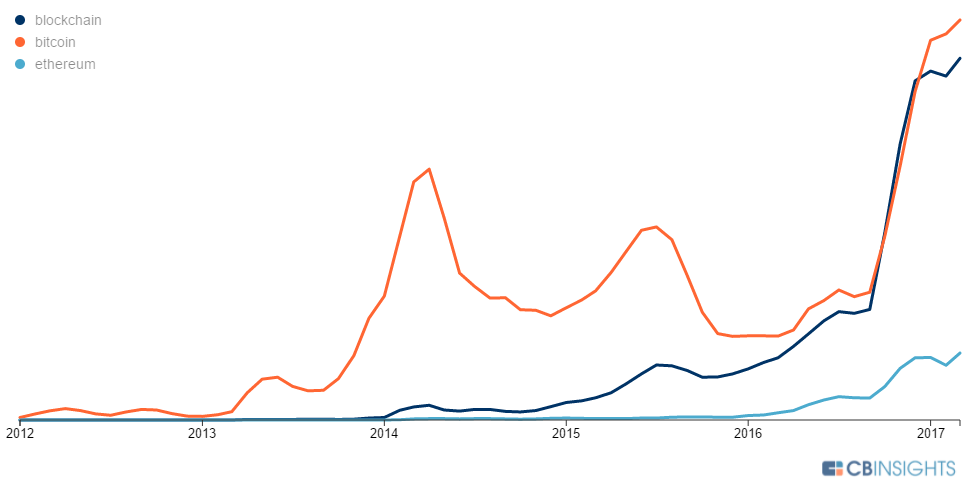 Want more data on blockchain startups and investors? Log in to CB Insights or sign up for free below.