Research Brief
2154
All five of the largest 2015 deals in the bitcoin/blockchain space involved a corporate or strategic investor including Goldman Sachs, NYSE, Visa, Nasdaq, Qualcomm, and Santander.

While bitcoin startup deal activity roared to an all-time high at the end of last year, financing momentum now appears to be fading. Deal activity in the bitcoin space fell to a 5-quarter low in Q3’15, as funding fell for the second-consecutive quarter to $87M, according to CB Insights data.

The drop in overall deals comes in spite of larger financing deals in Q3’15 to startups focused on use cases for blockchain, bitcoin’s underlying distributed database technology. The quarter’s largest financing was Chain‘s $30M Series B (Chain provides blockchain infrastructure to bitcoin apps). Chain’s Series B included a host of brand-name strategic investors including Visa, Nasdaq, Citi Ventures, and Capital One. 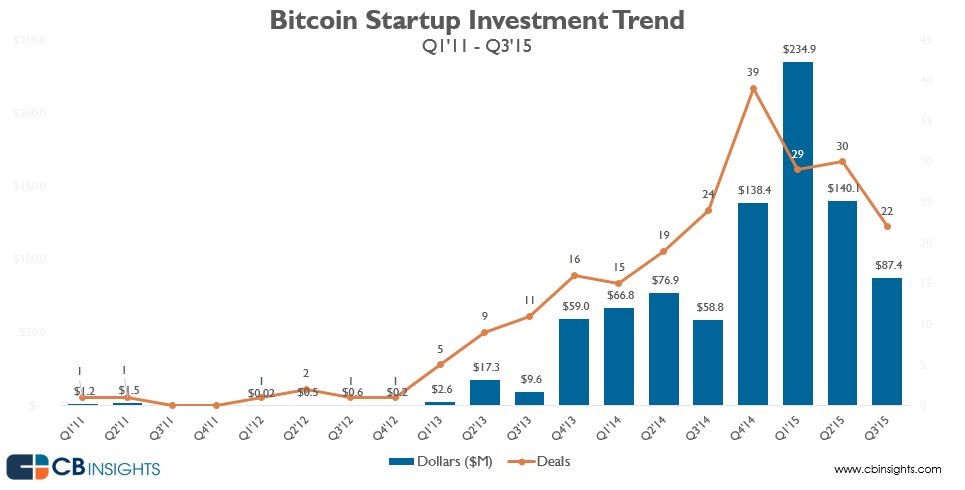 While overall deal and funding levels have dropped, the ecosystem of startups is now maturing to more mid-stage financings. After just three Series B deals in all of 2014, the bitcoin/blockchain space has seen double the amount of mid-stage rounds in 2015 year-to-date including Coinbase‘s $75M Series C, Circle‘s $50M Series C, and BitFury‘s $20M Series B, among others. 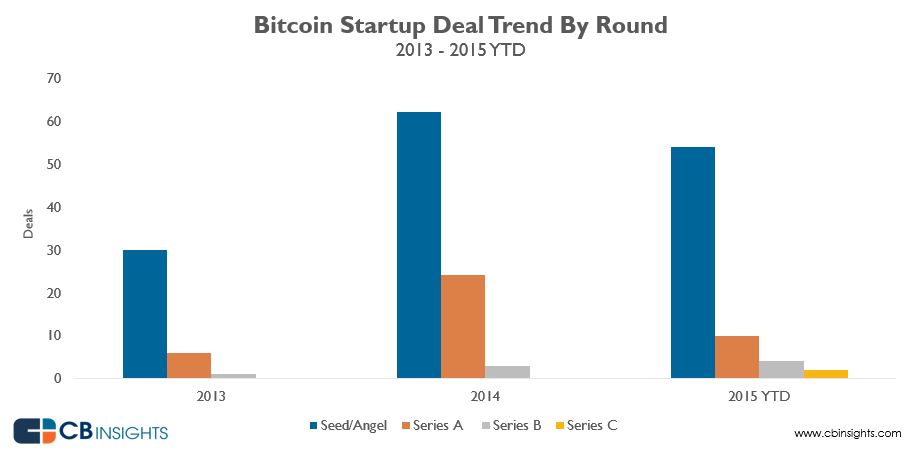 The top 5 rounds to bitcoin or digital currency startups in 2015 year-to-date are listed below. All five of the rounds featured one or more corporate venture or strategic investors from NYSE, Nasdaq, and Goldman Sachs to Qualcomm, Cisco, and Seagate.

Looking for more bitcoin financing and exit data? Sign up free for the CB Insights Venture Capital Database below.