Bitcoin and blockchain investors may be signaling caution.

While the number of total deals grew from 143 in 2014 to 161 in 2015, deals fell to 132 in 2016. We took a look at the most active investors putting funding into bitcoin and blockchain startups using CB Insights data to rank venture capital firms by number of unique investments. We also dug into the categories where bitcoin-focused investors are placing bets on the nascent cryptocurrency and underlying infrastructure.

We define bitcoin and blockchain broadly to include cryptocurrency-focused companies involved in the trading, storing, or usage of cryptocurrencies — primarily bitcoin — and companies developing industry-specific applications of blockchain technology. At the most basic level, blockchains are cryptographically secured, distributed ledgers, first developed as the underlying infrastructure of bitcoin. For more information on our classifications and definitions, see our bitcoin and blockchain market map. 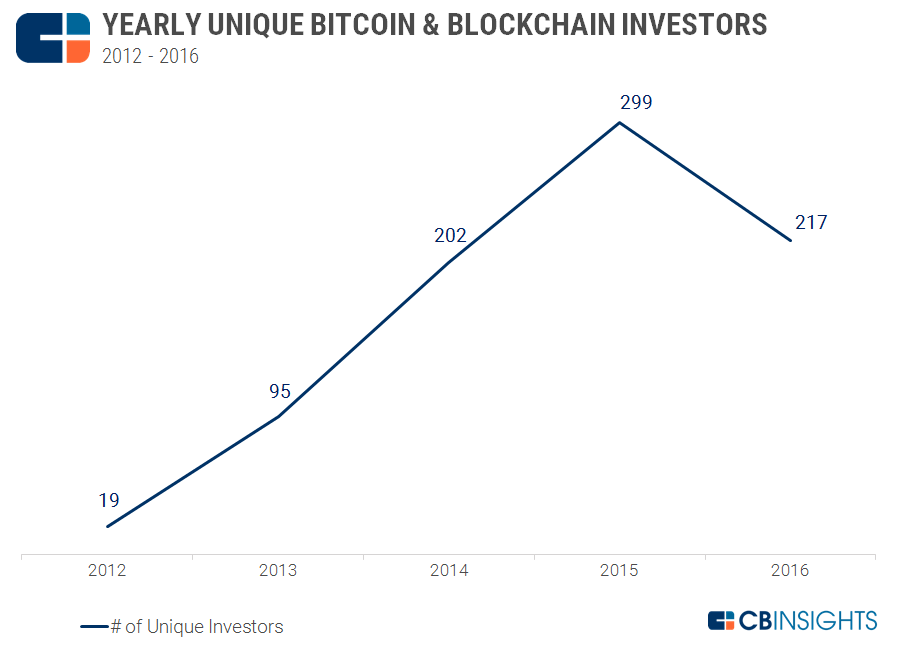 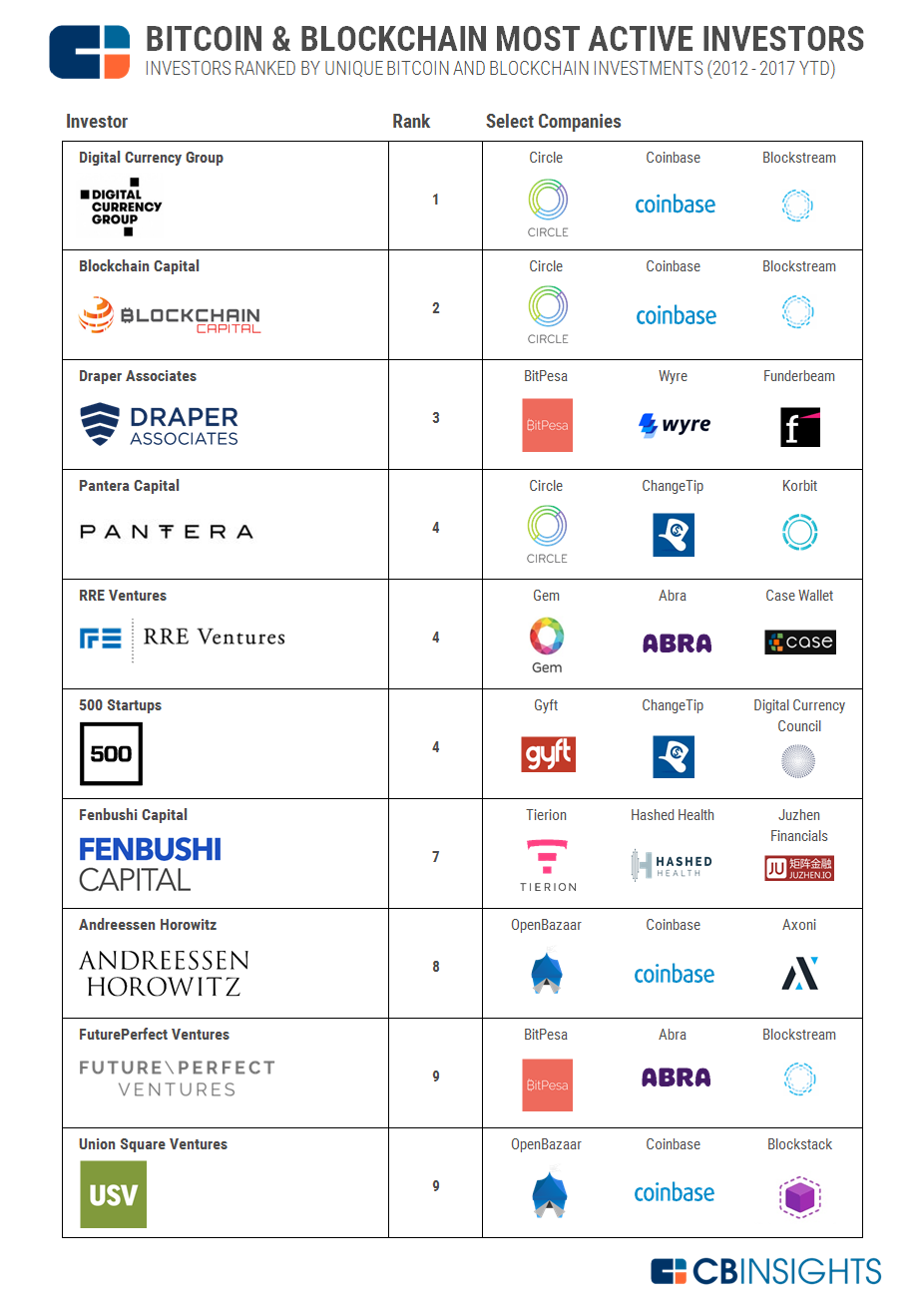 Startups building blockchain-based platforms and infrastructure have the potential to upend a variety of industries. Sign up for a free trial and look for Bitcoin & Blockchain in the Collections tab.

Since 2012, Digital Currency Group and Blockchain Capital have funded bitcoin and blockchain companies addressing diverse use-cases, primarily in capital markets and financial services, enterprise services and currencies, exchanges and cryptocurrency trading, and wallets and money services. The two firms have fewer companies in their respective portfolios focused on social platforms and browsers, or merchant services. Meanwhile, Fenbushi Capital has focused almost exclusively on capital markets and financial services, although the venture firm holds a much smaller portfolio of companies.

To illustrate the respective investment strategies of these three firms, we examined their investments by category in the graphic below. 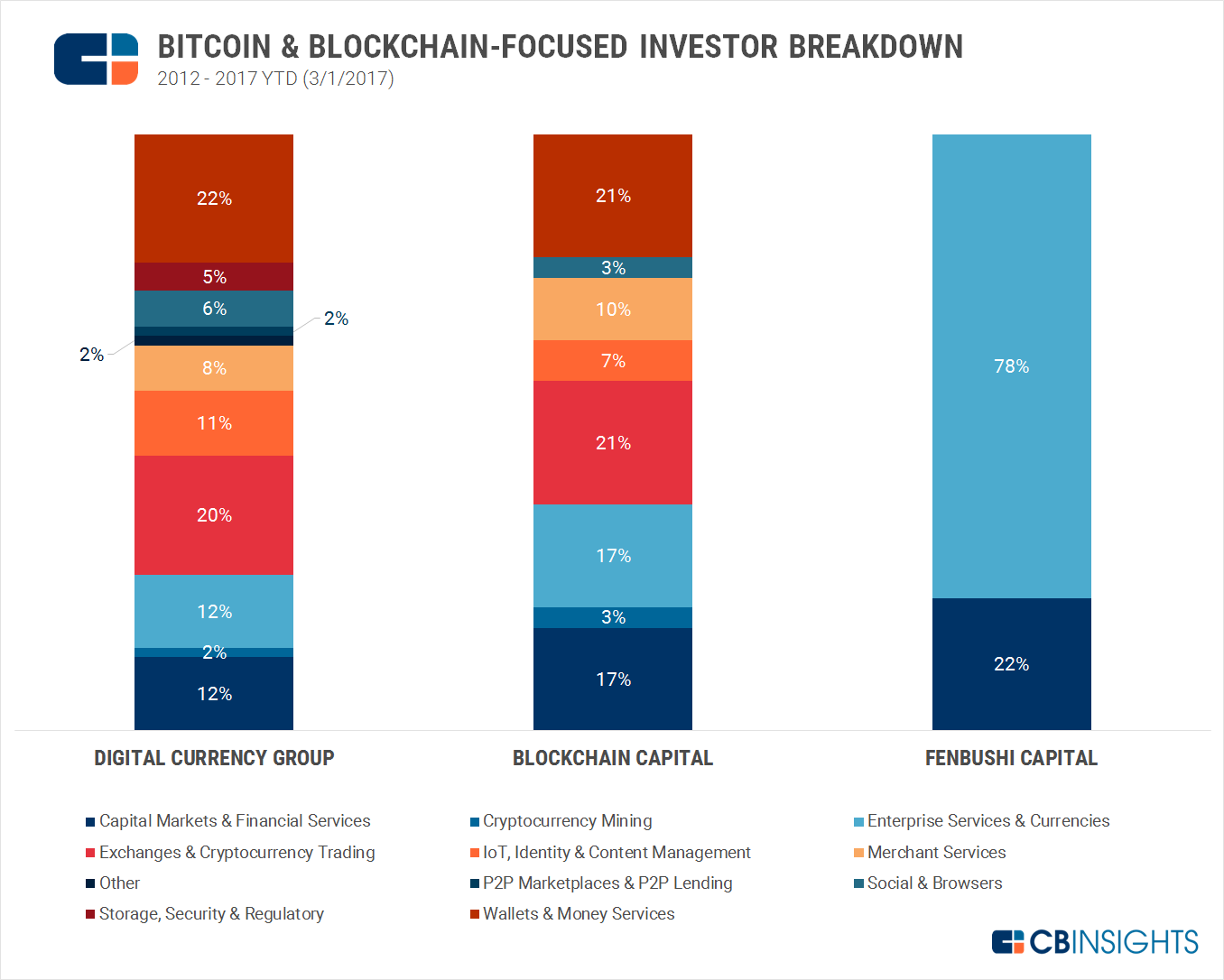 Want more data on bitcoin and blockchain companies? Log in to CB Insights or sign up for free below.