Digital Currency Group took the top spot as the most active bitcoin and blockchain investor, followed by Blockchain Capital.

While bitcoin has continued to gain recognition as a store of value—with 2016 seeing upticks in bitcoin demand, especially amidst political unrest—many investors and industry leaders have also made investments aimed at developing bitcoin’s underlying technology, blockchain. At the most basic level, blockchains are cryptographically-secured, distributed public ledgers.

Using CB Insights data, we looked at companies and investors tapping bitcoin and blockchain technology to solve longstanding problems. Funding to the sector has gone from almost no investment in 2012 to over $500M in each of the past two years. However, deals fell off significantly in 2016. 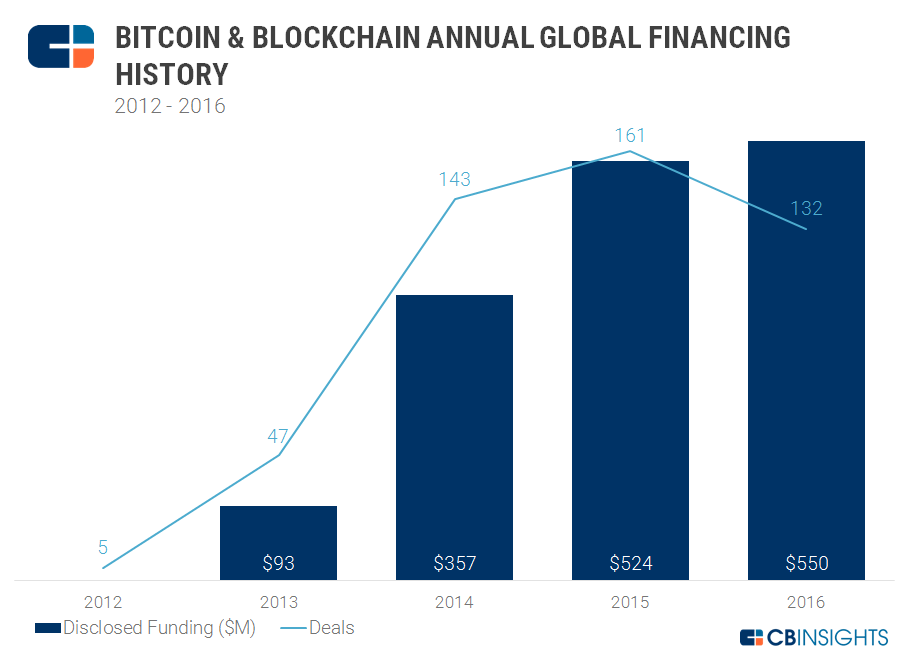 Q1’16 highs were buoyed largely by the aforementioned Digital Asset Holdings and Blockstream deals, in addition to $7M funding rounds for Gem, Symbiont, and Simplex. Q4’16 was the tenth straight quarter with more than 28 deals closed. 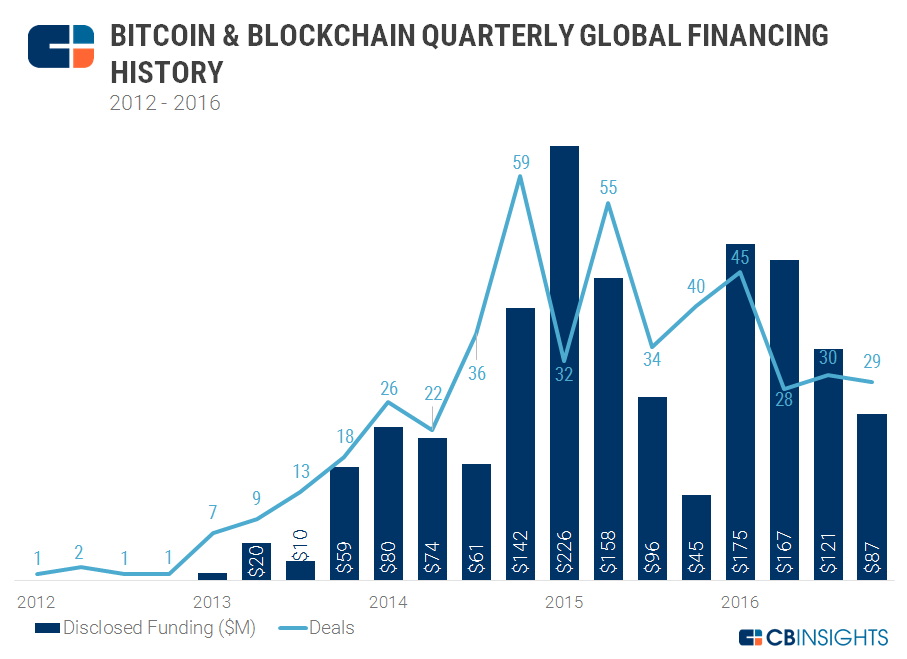 Since 2012, deal share has shifted steadily toward later-stage investments as companies in the space have matured. Still, the vast majority of all deals over the past four years have closed at seed or angel stages, which isn’t surprising given the sector’s youth. It should also be noted that the number of deals has increased sharply since 2012, when, as mentioned, there were only 5 deals.

2015 saw Series A, B, and C all represented for the first time. While Series C deals only accounted for 2.5% of deal distribution in 2015, these deals represented 45% of 2015 total funding dollars.

In 2016, Series A deals grew by 14 percentage points, to 22.7%. In addition, Circle received the sector’s first Series D financing. “Other” deals, which include corporate minority, unattributed, and undisclosed investments, have averaged approximately 12% of deal share since 2013. 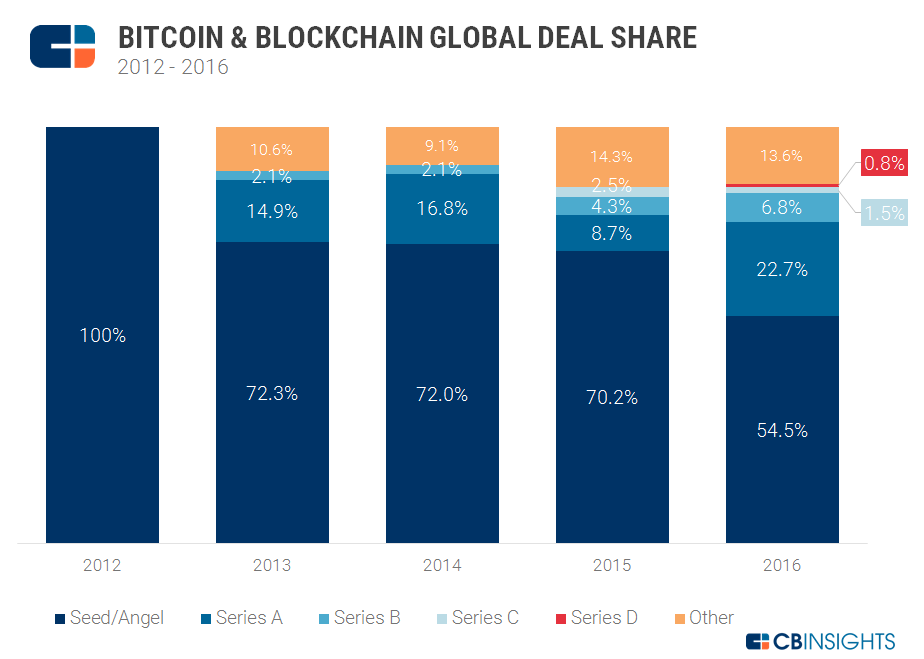 The ten most well-funded startups have all raised at least $30M, which, again, is a reminder of the sector’s adolescence.

The top three startups are bitcoin-focused: 21 develops hardware for the exploration of new use-cases for bitcoin, Coinbase is a platform to buy, sell, and store digital currencies (primarily bitcoin), and Circle is a payments platform that uses bitcoin to settle transactions behind the scenes (although recent news suggests that Circle may be pivoting away from the cryptocurrency).

Want more data about top bitcoin and blockchain startups? Log in to CB Insights or sign up for free below.