Test your VC knowledge:  what happy venture land is this?

While many of the elements do harken back to venture in a different era, the correct choice is E.  What we talk about when we talk about VC is almost exclusively tech investing – so don’t be too hard on yourself if you picked the wrong answer.  You’re probably still working off a fact sheet that is a decade out of date:  biotech, it’s that field where you invest $100 million and then hold your breath for ten years to find out if you have something that actually works.  Oh, and that’s if you survive FDA review.  Right?

Like tech, the cost of innovation has gone down dramatically.

When the human genome was first sequenced at the turn of this century, roughly $20 billion had gone into that effort.  Today, we can fully sequence a person’s genome for $2,000 (that’s a 10 million fold reduction, for those of you not quick with figures) – thanks in significant measure to computing technology that our brethren on the tech side of the house have backed.

If you saw Dallas Buyers Club – you saw the dramatization of the bad old legacy FDA.  Today, the FDA regularly exercises its authority on a much more “rational” basis, with an eye to expediting approval of drugs intended to treat serious or life-threatening conditions.  The consequence is that life-saving treatments are getting to market faster than ever before.

In 1998 Novartis ran the Phase 1 clinical trial (designed to determine the optimal dosing — with efficacy only as a secondary endpoint) of its cancer drug Gleevec.  Stunningly, the cancer of all 31 of the trial participants went into complete remission.  The FDA approved Gleevec in May 2001, less than three years from the start date of that clinical trial – and only two and a half months after Novartis submitted its NDA (new drug application) to the FDA.   In July of this year, the FDA approved another cancer medicine, Zydelig (GildeadSciences), making it available to patients less than four years from the completion of the Phase 1 trial.

Big Pharma has largely outsourced the “R” of its R&D.

Historical data finally convinced Big Pharma that it should buy, not build most early stage programs; now it actively nurtures the ecosystem of venture-backed biotech startups to ensure that it has a robust pipeline of such candidates.  MPM Capital was the lead investor in a company called Pharmasset, which developed the first drug to cure (rather than simply treat symptoms of) Hepatitis C, a major global public health problem.  In 2011 Gilead acquired Pharmasset for $11B, the largest M&A for a development-stage company in biotech/pharma history.  There are numerous other examples of big pharma taking out companies to obtain access to their early development stage programs, including J&J’s acquisition of Aragon Pharmaceuticals in 2013 (up to $1B in proceeds, with $650M upfront) and the 2010 purchase by Gilead of a company called Arresto ($225M upfront) on the strength of Phase 1 data alone.

The time to exit is roughly 3-5 years.

NIH (yielding to pressures from Congress and derivatively the taxpayer), which remains the key funding source of all academic science in the US, now demands that funded programs demonstrate commercial potential, and go beyond being simply science projects.  Hence, our “start-ups” are much further along by the time we invest – even though they may still be straight out of academia.  And, for the reason described above, acquirers are now willing to buy a biotech start-up even in advance of proof of concept in human clinical trials (admittedly with significant risk sharing on the outcome of future studies).

That said, these future milestones can be very significant, so that venture investors can share in the upside when the product hits big (under the wings of the big pharma partner).  In 2012, my firm established and incubated an immuno-oncology company called CoStim.  Earlier this year, less than a year after the first tranche of our Series A investment into the company and with less than $20M invested, Novartis prevailed among a number of bidders and acquired CoStim. At that point in time CoStim’s lead program was still more than a year away from the start of human clinical trials.  Our aggregate returns from that transaction will return at least half of our fund.

Early-stage biotech investing today looks an awful lot like venture did in its halcyon days: disciplined valuations and burn rates, limited competition for the best deals, major breakthroughs (in immunology and oncology, to name only two) fueling game-changing opportunities, and a consequently robust IPO market. 2014 is a record year for life science IPOs, with over 128 completed so far.  This year’s best IPO performer (all companies, not just life sciences) to date is our portfolio company Radius, up over 200% from its IPO price.

Some days, it does almost feel over the rainbow. 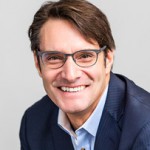 Luke Evnin, Ph.D., is the co-founder of  MPM Capital, an early-stage life sciences venture capital firm with investments including Biomarin, CoStim Pharmaceuticals, Epizyme, Pacira, and Pharmasset. Prior to co-founding MPM, Luke was an investor at Accel Partners, where he focused on emerging healthcare companies.