Research Brief
4214
There has only been an average of 25 venture-backed exits at valuations of a billion dollars or higher in the last 3 years. Unicorns and their investors are still not seeing the light at the end of the tunnel.

The IPOs of Snap and Mulesoft in March 2017 gave hope to venture investors that a flurry of IPOs would bring a breaking of the dam in terms of unicorn IPOs. There are currently still 168 venture-backed companies valued at $1B or more in the private markets awaiting exit globally, out of the 189 total. But there has only been an average of 25 $1B+ venture-backed exits in the last 3 years.

At that rate it would take over seven years for all the current VC-backed unicorns to exit at $1B or higher. 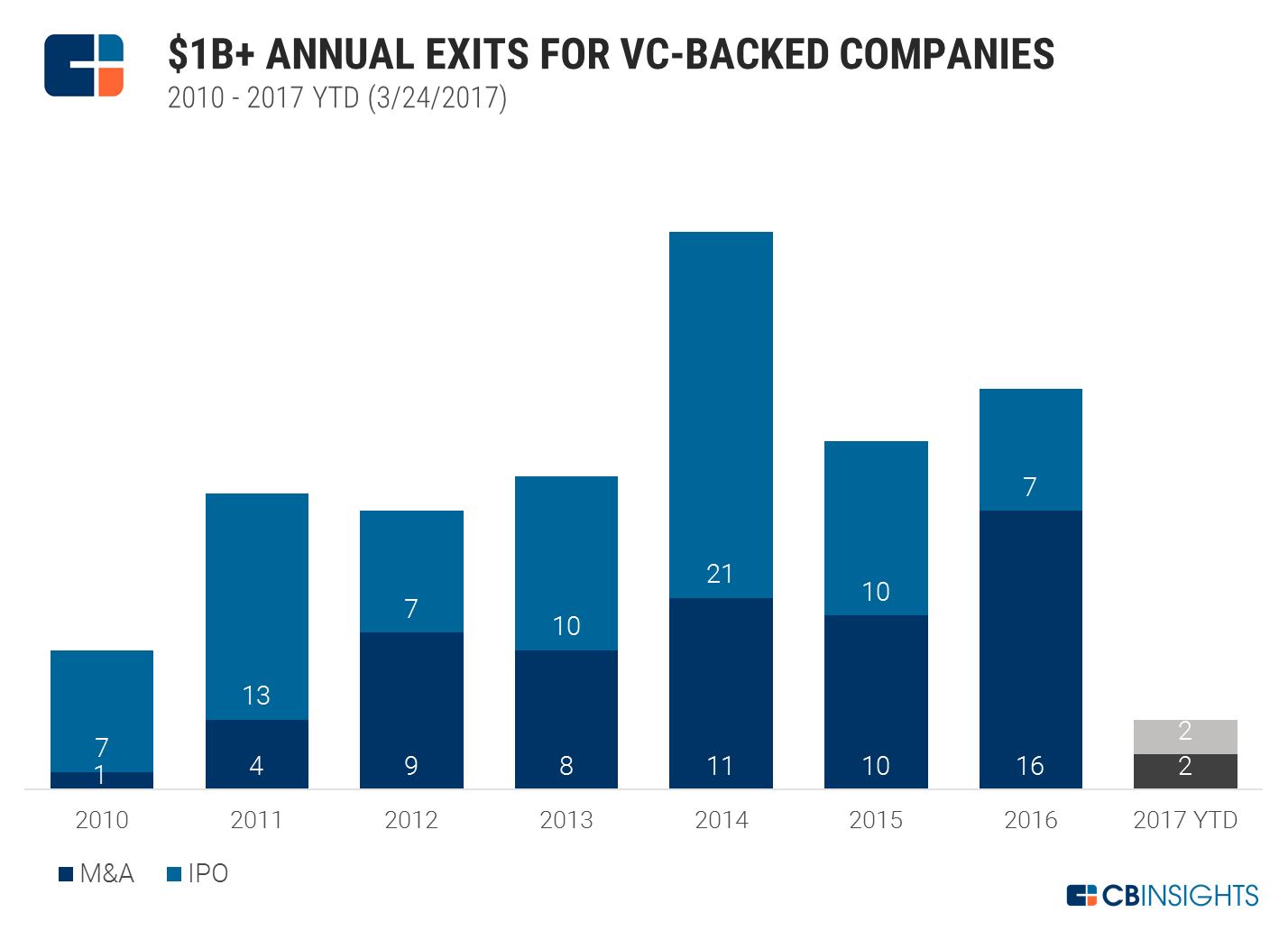 There have been only 4 so far this year, and although the IPOs of Okta and Cloudera are expected, that means this year is only on pace for 20 or so $1B+ exits and the pressure on unicorns to exit will only continue to build.

Meanwhile, some valuations are under pressure. Middle Eastern e-commerce player Souq, which was valued at $1B earlier this year, was bought by Amazon for $750M earlier this week. And Indian e-commerce site Flipkart saw its valuation cut from $16B to $11B last week.