Capital has been pouring into bike-sharing, which has often been run at a loss and/or is taxpayer-subsidized.

Beijing-based dockless bike-sharing company Ofo is reportedly seeking to raise another $500M, which would value the company at over $3B. Ofo has previously raised over $580M in 5 rounds, including a $450M Series D in March from Didi Chuxing and Ant Financial, among others. 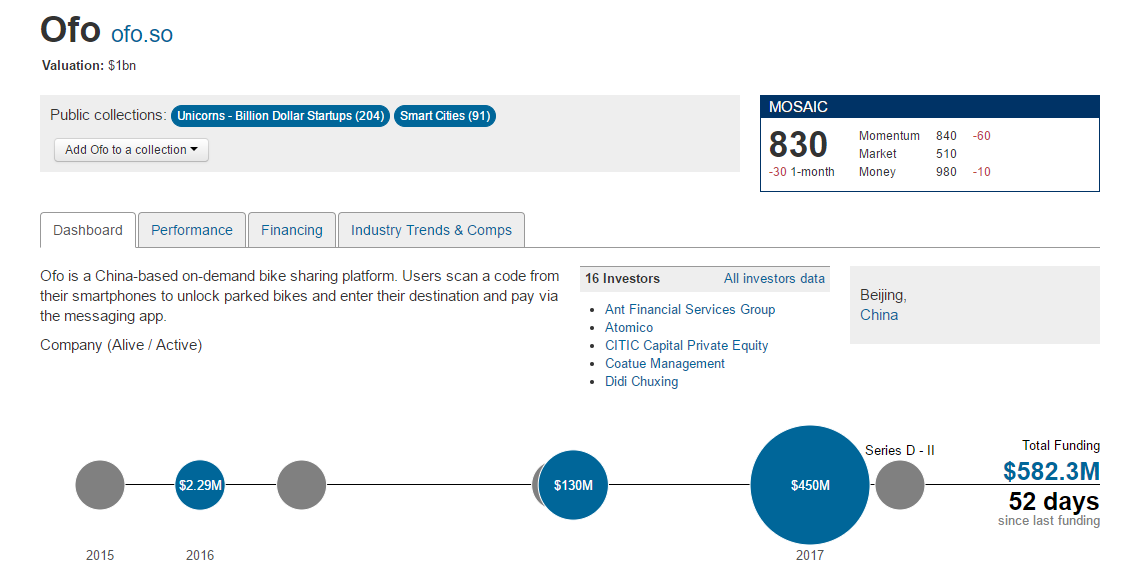 Rival Mobike has also just announced plans for its first international expansion into the UK.