Bike and scooter startups are raising record levels of investment as they disrupt the traditional mobility ecosystem. We map out the financing landscape across the most active investors in the space.

Bikes and scooters, both traditional and electric, have seen explosive growth in recent months.

This transportation trend — known more broadly as micromobility — could help address traffic, pollution, and inconvenience in the “final mile” of commutes within congested cities.

Using the CB Insights Business Social Graph, we take a look at where the most active investors in bike and scooter technology are placing bets. 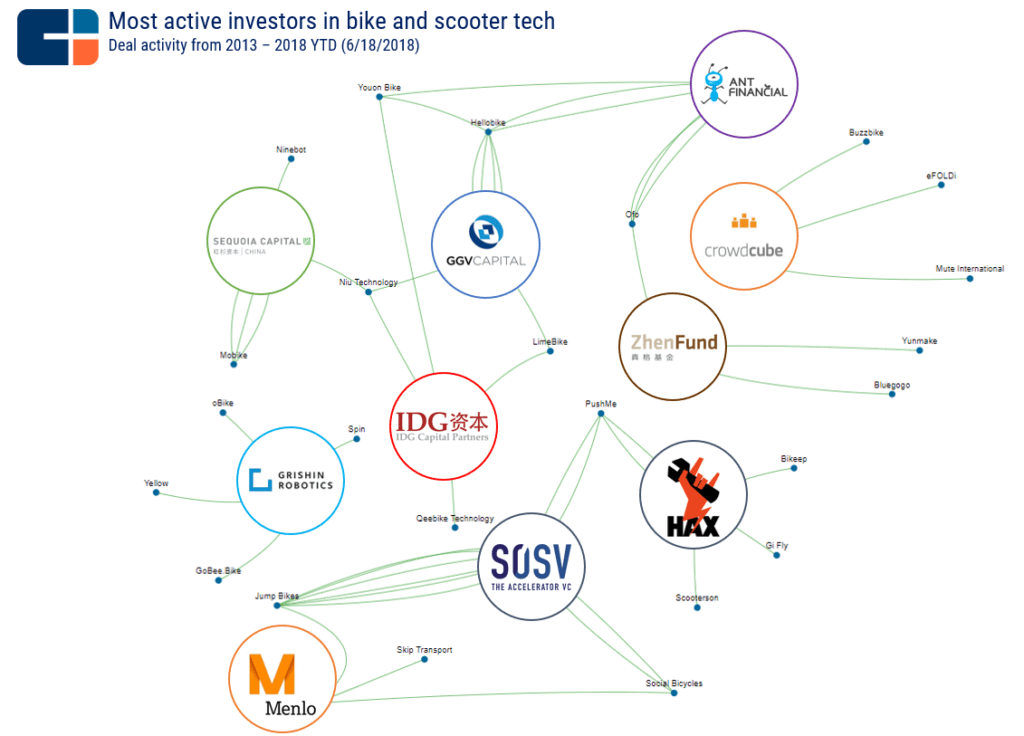 China is central to investment landscape

China has generated a substantial portion of the bike and scooter tech investment to date, and the country is home to a majority of the most active investors in the space. This in part reflects China’s 2017 bike-sharing boom, when bike-sharing users grew 60% a month.

Investors are now looking outside of China as bikes and scooters gain ground in major urban hubs across the globe.

A number of Chinese investors are contributing capital to this international expansion. Ant Financial and Sequoia Capital China have backed Ofo and Mobike, respectively, as they launch operations outside of China.