October 2019 was a busy month for tech giants in healthcare. We take a look at recent moves in the space from Facebook, Amazon, Microsoft, Google, and Apple.

It’s clear that big tech companies are increasingly moving into the healthcare industry, bringing their strengths in technology and customer experience to an industry that has historically been lacking in both.

For proof of big tech’s opportunity, here are average net promoter scores — a measure of customer satisfaction where higher scores are better — for a number of industries associated with either big tech or healthcare. 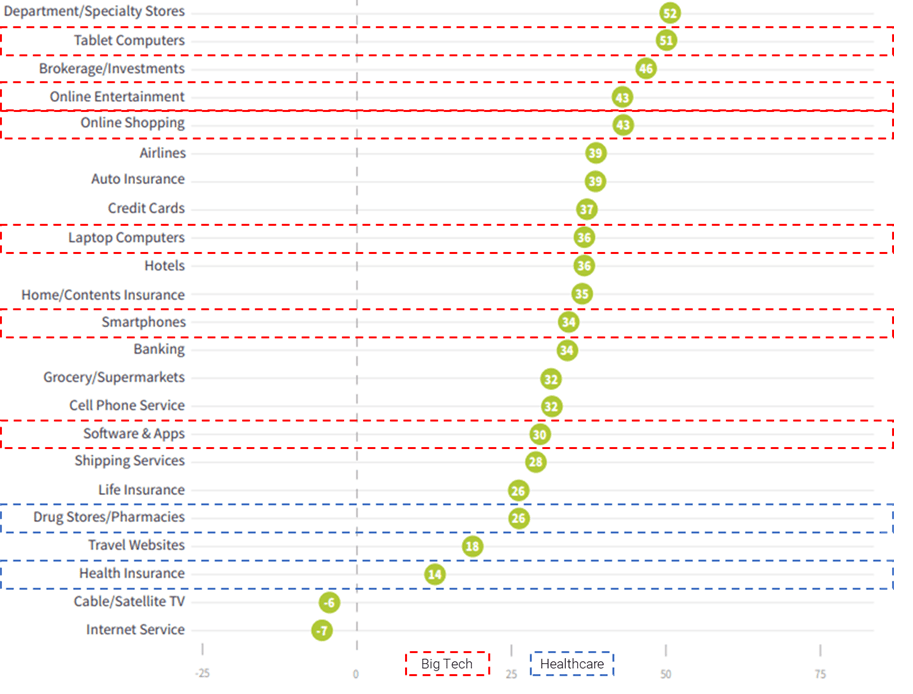 October 2019 may have been the busiest period yet for big tech in the space. Here’s a high-level view of these companies’ healthcare strategies, with some of them made in just the last month:

Amazon has been pretty tight-lipped about its healthcare aspirations.

But, we know it has placed healthcare bets with PillPack, cloud computing, and its partnership with JPMorgan and Berkshire Hathaway called Haven.

This month, Amazon launched a new program for employees with cancer, expanded its partnership with Cerner, and announced HIPAA-compliance for Amazon Textract, which uses machine learning to extract text and data from scanned documents (prepare to be disrupted, Big Fax Machine!).

Finally, Amazon made its second healthcare acquisition, buying Health Navigator – a company that provides online symptom checking and triage tools. It plans to roll this out to its Amazon Care program for employees — but does anyone actually think this is just going to be for its internal use? From what I hear, telemedicine companies are getting nervous.

We went in-depth on Amazon’s healthcare strategy in Amazon In Healthcare: The E-Commerce Giant’s Strategy For A $3 Trillion Market. 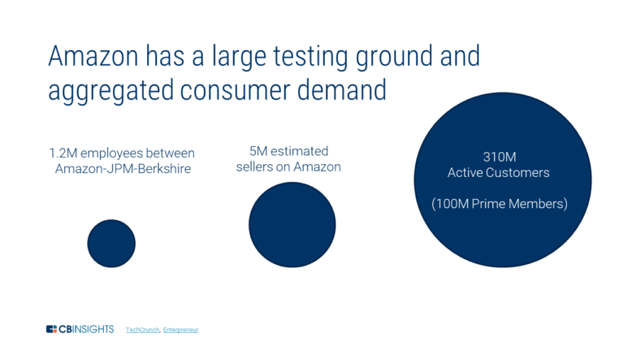 Apple is going after the data side of healthcare — generating data with the Apple Watch and aggregating patient data on its personal health record.

October saw moves on both of these fronts.

For more on Apple’s healthcare strategy, check out our primer: Apple Is Going After The Healthcare Industry, Starting With Personal Health Data.

Google may be the most diversified of the big tech companies, with healthcare bets across the Alphabet umbrella. It has exposure to the life sciences through Verily and Calico, cloud computing under Google Cloud, and AI through DeepMind.

This month, the company announced Google Cloud partnerships with the Mayo Clinic, Meditech, Suki, and HumanAPI.

Finally, Reuters reported that Google has made a bid for FitBit, sending the wearables company’s stock soaring over 20%.

Here’s our report on Alphabet’s AI strategy in Healthcare and other industries.

Microsoft has historically focused on partnering with incumbents, allowing healthcare companies to benefit from its tech expertise.

This month, Microsoft continued with this trend, announcing partnerships with Novartis to apply AI to drug discovery and development, Silvercloud on mental health, and Nuance on clinical documentation.

It also signed a deal with Humana to provide cloud computing and artificial intelligence resources, with other potential opportunities in telemedicine and electronic health records. 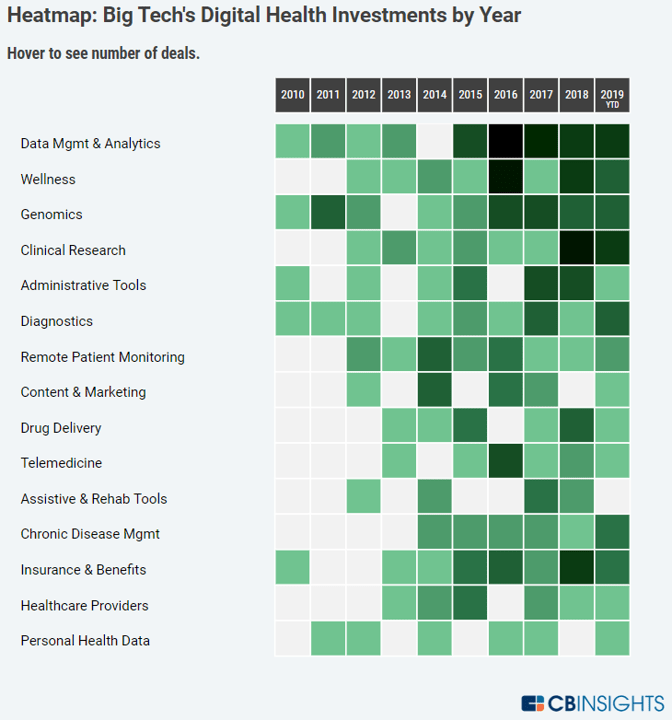 what does this tell us about big tech’s healthcare ambitions?

Much of these companies’ healthcare strategies are still a mystery, but October gave us a little more clarity on where they are headed:

Competition is heating up in the healthcare cloud computing space between Amazon, Microsoft, and Google

For more on Big Tech’s moves in healthcare, we just published our first-ever interactive healthcare post: Where Tech Giants Are Betting On Digital Health.