Beyond Meat's stock has been soaring since the company went public last month. We look at how much its top investors' shares are worth.

Plant-based burger company Beyond Meat went public on May 2 at a price of $25 per share — the top of its expected $23-$25 range.

A month later, the company is going strong, with shares trading at upwards of $100.

This bodes well for the company’s top investors, whose massive shares have more than quadrupled in value.

Using Beyond Meat’s S-1 filing, we calculated how much its top investors’ shares were worth at the time of IPO, based on a $25 share price.

Here’s the breakdown of Beyond Meat’s top investors, from its founder to key institutional investors. 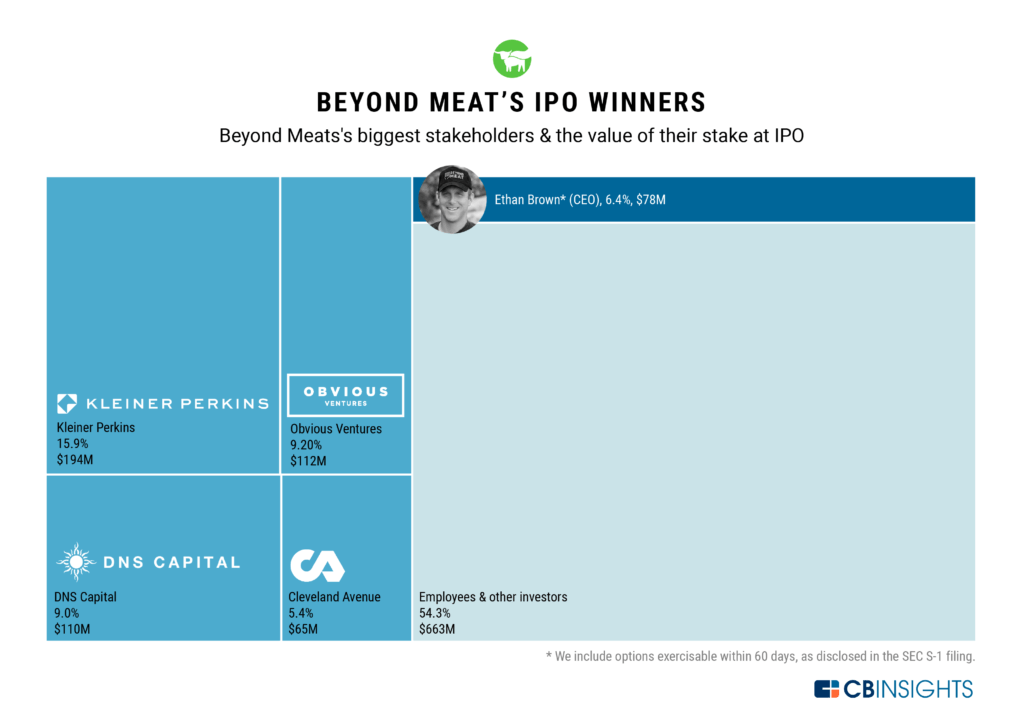 Cleveland Avenue, which has a 5.4% stake, is notably led by founder Don Thompson, the former President and CEO of McDonald’s corporation. While the fast food chain has yet to offer a plant-based burger option on a large scale, it is widely rumored to be contemplating a partnership with Beyond Meat.

Finally, Beyond Meat founder Ethan Brown has a 6.4% stake in the company.

Since IPO, the value of these investors’ stakes has ballooned, fueled by rumors such as the potential McDonald’s partnership. At their highest prices, these stakes were worth more than 4x their value at IPO.

Beyond Meat’s top institutional investors have largely overlapped in their funding strategies. 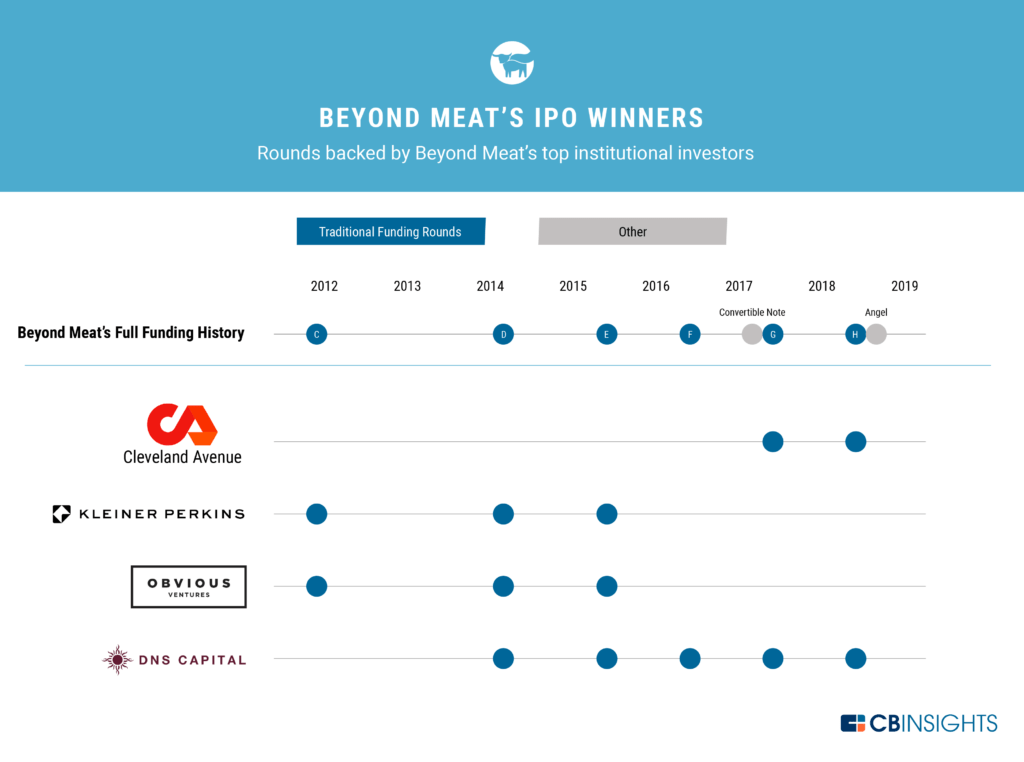 Of Beyond Meat’s top institutional investors, DNS Capital is the latest but most frequent funder, investing in 5 equity rounds starting with the company’s 2014 Series D.

Kleiner Perkins and Obvious Ventures have had the most similar strategies, with each backing Beyond Meat’s Series C, D, and E rounds.

Finally, Cleveland Avenue was the latest featured investor to back the company, joining DNS to participate in Beyond Meat’s 2017 Series G and 2018 Series H.