Snap alums have secured $197M in funding in 2021 alone, and Greycroft is the top investor in the Snap Mafia. We used our founder-scoring algorithm to identify 10 early-stage Snap Mafia companies you should be tracking.

Founded just over 10 years ago by a trio of Stanford University students, Snap has evolved beyond its wildly popular disappearing photo and messaging app to become an $80B publicly traded “camera company.”

Through a series of strategic acquisitions, Snap (formerly known as Snapchat) has cemented itself as a leader in emerging tech areas like augmented reality and smart glasses, all while growing its user base of teens and young adults. 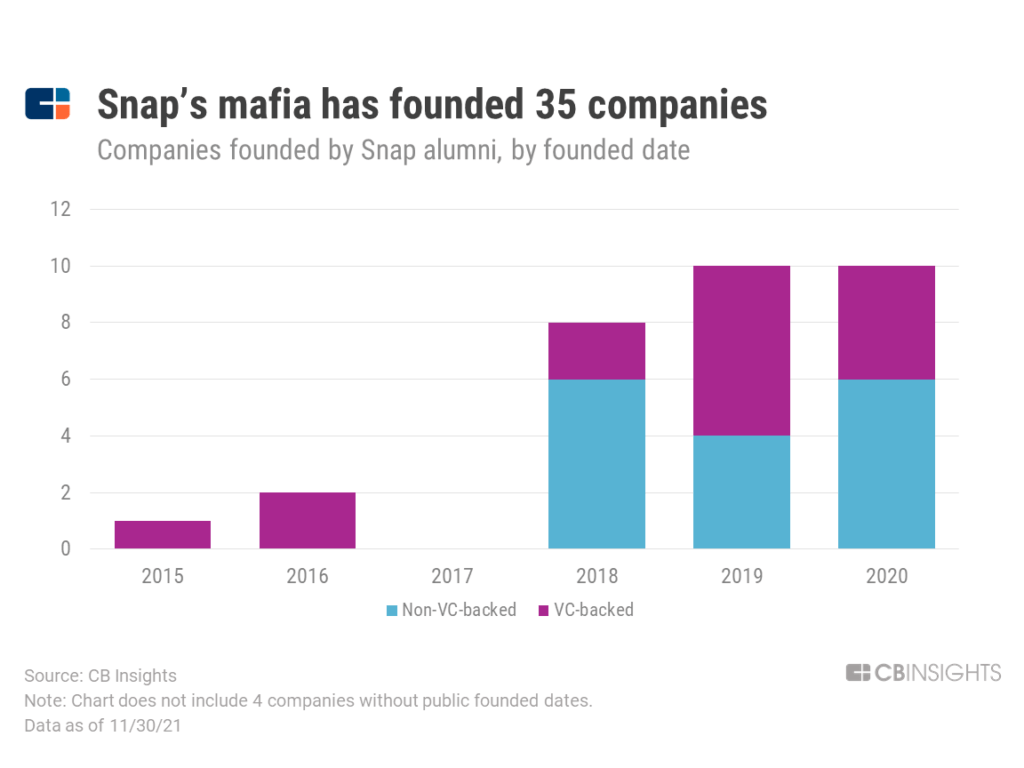 See how the Snap Mafia stacks up against the Uber Mafia and Airbnb Mafia.

“Like the alumni of PayPal and other great companies, Snap employees will go on to build a new generation of startups. We are thrilled to partner with Imran and Cate Khan to fund the first of the Snap mafia.”

Highlights from the Snap Mafia include: 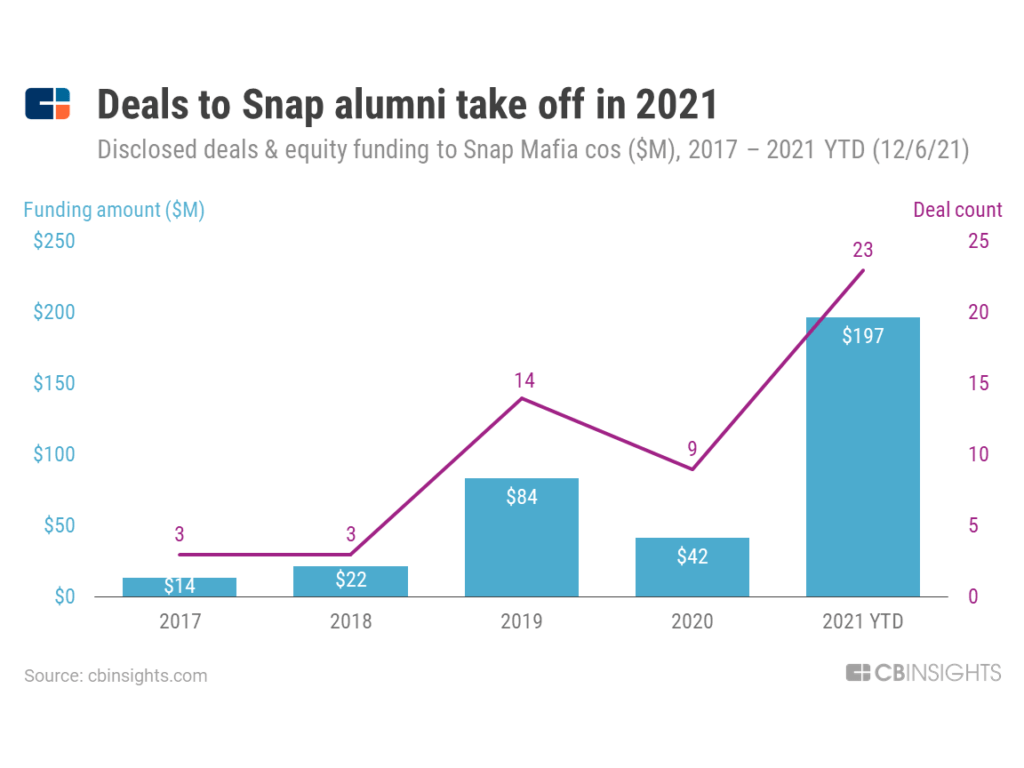 Below, we identify the top 10 early-stage companies from the Snap Mafia based on founding team strength using the CB Insights Management Mosaic algorithm.