Research Brief
4321
L'Oreal, L'Occitane, and Sequoia Capital have all made investments in the space in 2017.

As new corporate and VC investors seek out beauty startups as investment targets, the beauty & grooming sector has seen a rise in deals. In 2017, major corporations such as L’Oreal and L’Occitane stepped up investment activity, while smart money VC firm Sequoia Capital made its first-ever cosmetics investment (in UK brand Charlotte Tilbury).

In comparison, Q4’16’s top deals were much larger — a $60M raise by beauty subscription Memebox (now with $157M in total funding), and $25M raise by content/cosmetics startup Glossier (now with $35.4M total). 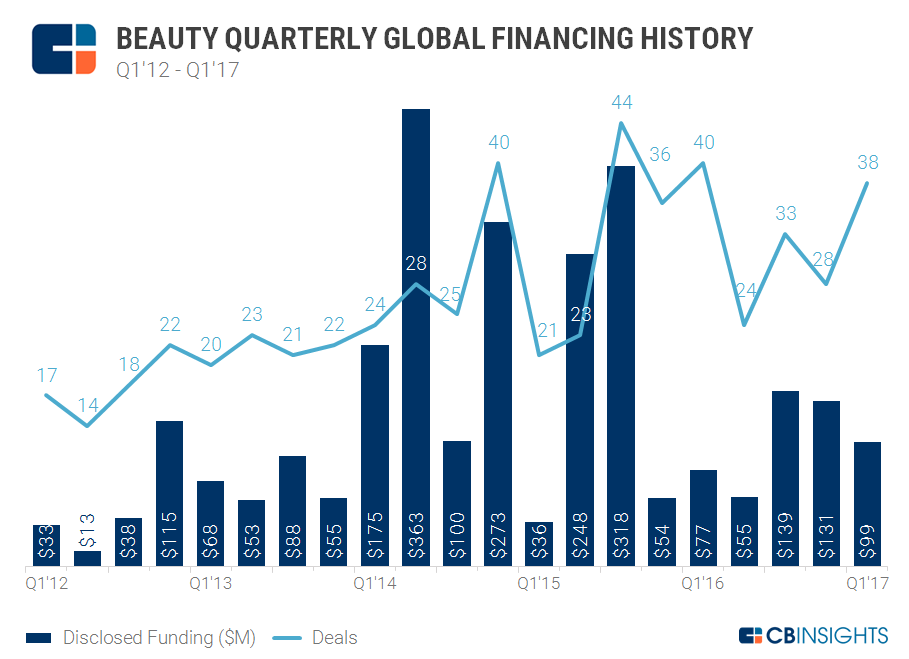 From an annual perspective, the run-rate for 2017 so far would drive the beauty sector toward an all-time high in deal count of 149, representing 19% growth from 2016. If the pace of deals continues, 2017 may see the first major annual jump since 2014, as deal count from 2014-2016 was relatively stable. However, with smaller deals so far this year, the run-rate projects a small slip in the annual funding total.

Beauty investment peaked in 2014, due to a number of large $50M+ deals. In 2014, Beijing-based beauty site Jumei raised $150M in private equity from General Atlantic; razor startup Harry’s raised $150M across three equity rounds throughout the year (Harry’s also raised a $57.5M debt round in 2014, not included in the equity figures here); and subscription startup Birchbox raised a $60M Series B.

Startups working on new beauty & grooming products have the potential to change how beauty products and services are made, marketed, and distributed. Sign up for a free trial and look for Beauty & Grooming in the Collections tab. 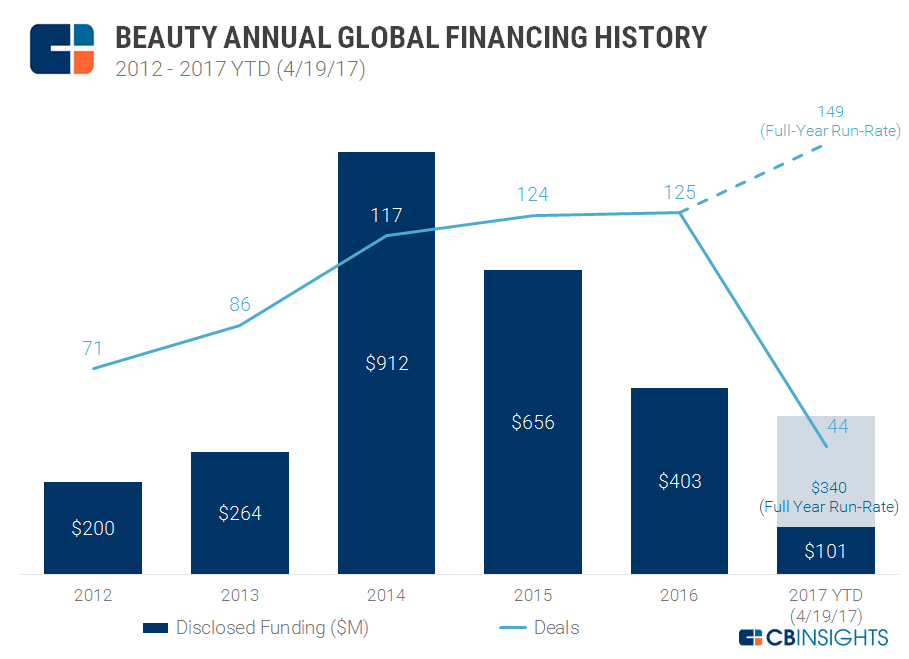 Want more data on CPG startups? Log in to CB Insights or sign up for free below.