Some of the biggest rounds with crossover participation last year included deals to SnagAJob, GlassDoor, and Hired.

Crossover investors — investors that typically focus on the public markets — have participated in a record 23 deals to HR tech startups in 2016, 1 deal shy of doubling 2015’s participation.

These investors have been notably active in several marquee investments in the category including deals to the top 3 most well-funded HR tech companies: Zenefits, FXiaoKe, and Glassdoor.

But 2016 fell well shy of 2015’s record funding year for rounds that included crossover investors. 2015 saw approximately $705M in funding, an unprecedented 254% increase from 2014. Much of that spike was due to Zenefits’ massive $500M Series C deal in Q2’15, which Fidelity Investments participated in. Despite falling short of 2015’s total, last year’s total disclosed funding involving crossovers, at $363M, easily surpassed 2014’s total. 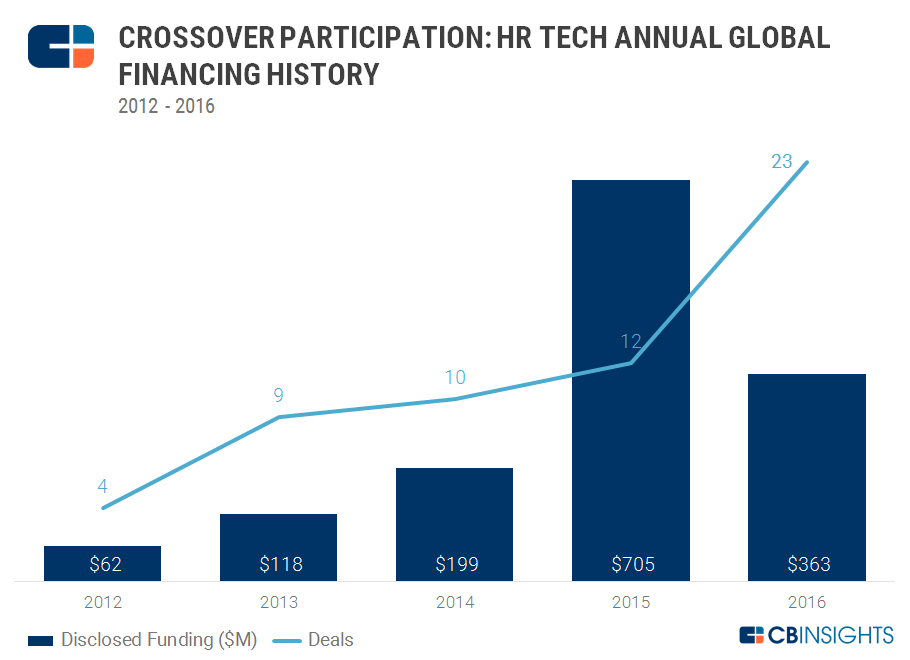 Deals with crossover participation dropped significantly in the quarters following Q1. However, deal count on a quarterly basis remained strong in 2016 when compared to previous years. 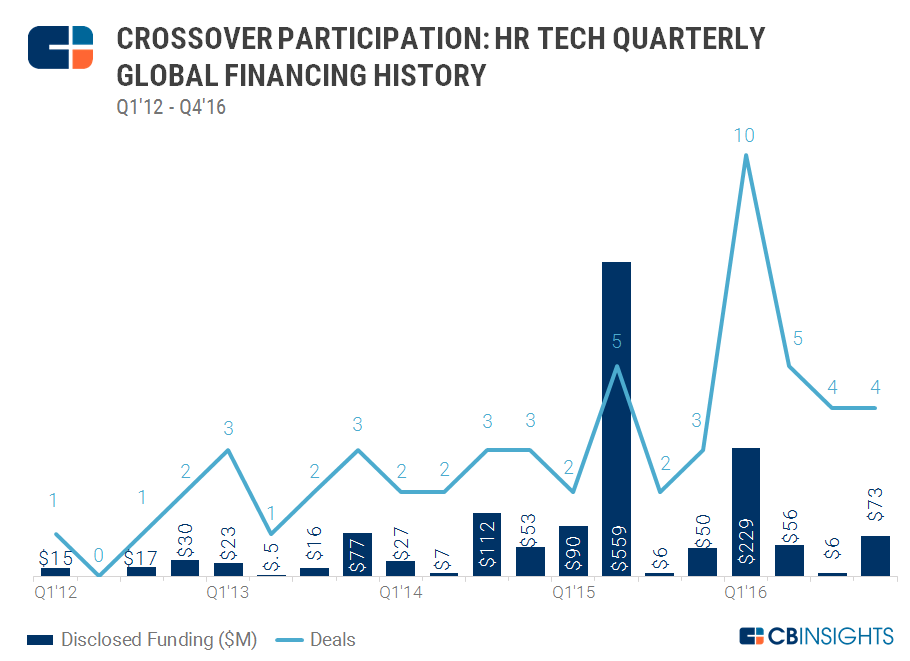 Less than 10% of deals involving crossover investors were at the early-stage (seed/angel and Series A), 52% were mid-stage (Series B and Series C), and 32% were late-stage (Series D and E+). 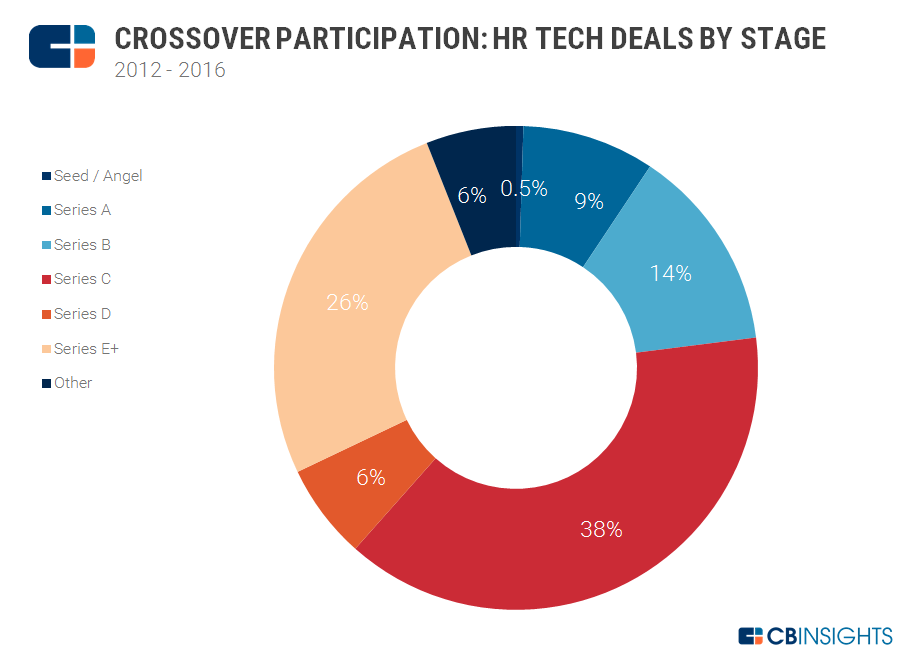 The most active crossover investor from 2012-2016 was BPI France with investments to 4 unique HR tech companies.

Goldman Sachs and Tiger Global Management were also the top crossover investors in 2015.