With China's online insurance sales set to hit $145B by 2021, Ant Financial, Tencent, and other leading internet giants want in on the prize.

China’s internet giants, including Ant Financial and Tencent, are making their ambitions clear that they are out to win the country’s online insurance industry.

Over the last several years, China’s three leading tech conglomerates – Baidu, Alibaba, and Tencent, or BAT – as well as their affiliates, have made a number of joint ventures, investments, and acquisitions meant to strategically expand their footprint in the insurance industry.

Because China’s online insurance sales are set to see massive growth over the next five years and beyond. In 2016, the amount of life and non-life insurance products sold through online or mobile channels in China totaled just over $45B. By 2021, the figure is expected to hit $145B, according to Oliver Wyman. 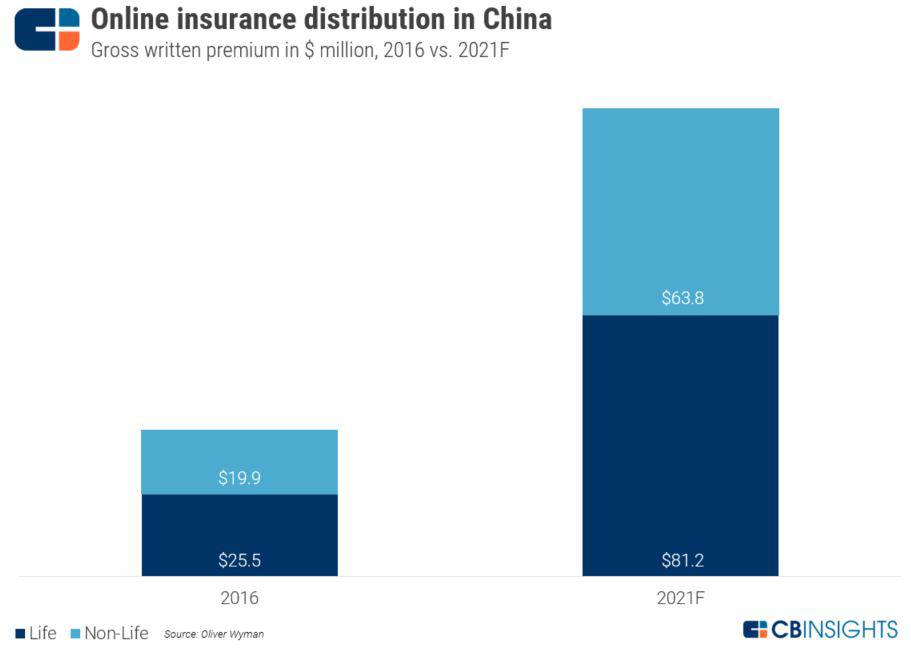 To illustrate the different ways China’s largest internet giants are positioning themselves in the online insurance market, we put together the graphic below breaking down BAT’s various partnerships, investments, and acquisitions in the space. 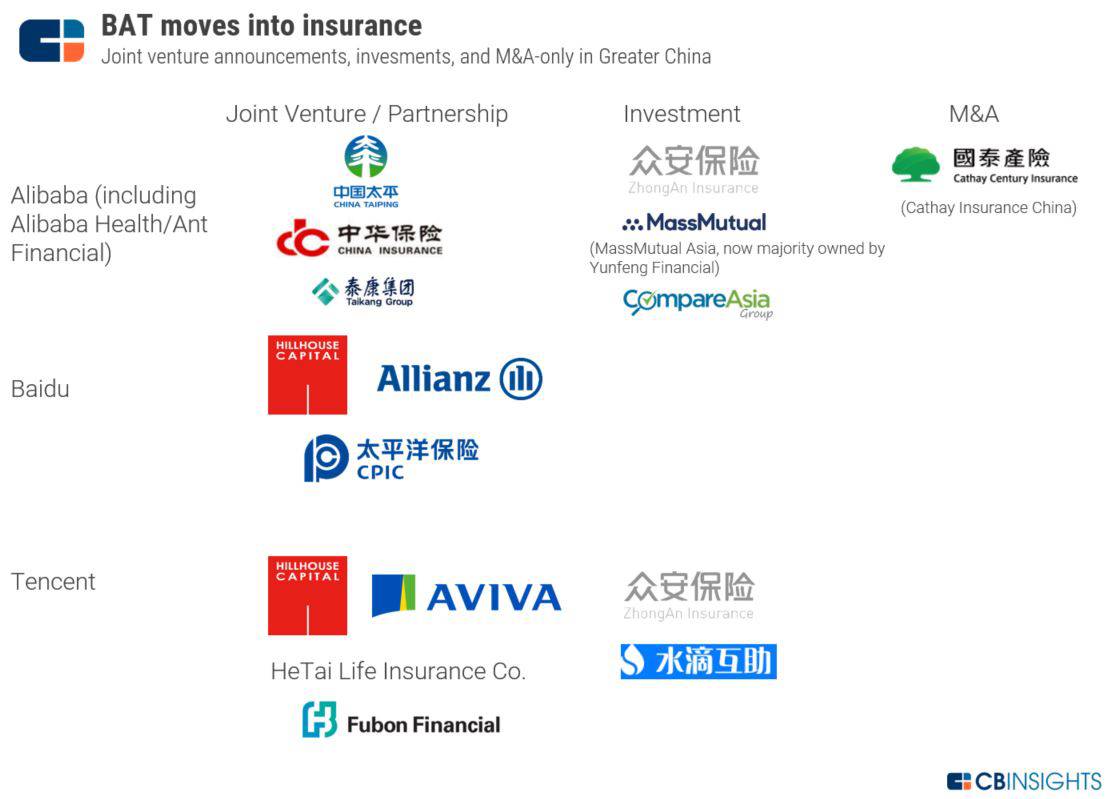 Strategic moves by BAT in insurance differ across life, health, and P&C: Ant Financial is the only one of the three to acquire a majority stake in an insurance carrier after it took a 60% stake in licensed P&C insurer Cathay Insurance China in 2015.

Of the three, Tencent has been the most active in expanding its strategic positioning in insurance recently: In August, Tencent formed a partnership with Fubon Financial to sell Fubon’s P&C insurance policies through its WeChat messaging platform. This became closer to reality after Tencent’s online insurance agency WeMin Insurance Agency, was approved by China’s insurance regulator in October.

Both Cathay and WeMin are larger stakes than either Tencent or Alibaba/Ant Financial have in Zhong An Insurance, China’s first online-only insurer. Launched in 2013, Zhong An recently raised $1.5B in an IPO on the Hong Kong Stock Exchange and planned to expand into life insurance as well as other healthcare products.

Outside of the strategic moves noted above, it’s also worth noting that Ant Financial operates an open platform hosting close to 80 insurance companies and also shares data with 18 insurers for use cases such as car insurance scoring.

Here’s a full rundown of BAT’s strategic moves in the insurance industry: