Research Brief
1658
SV Angel, Sequoia Capital and Accel Partners have had the most portfolio companies acquired by future tech unicorns.

Earlier this year, Semil Shah (@semil) posted the question below on Twitter:

Q: Has anyone — as an employee or direct investor — received stock in other another company via acquisition that turned into a unicorn?

The post received some interesting responses including from Homebrew’s Hunter Walk, Twitter’s Jesicca Verrilli and Floodgate’s Mike Maples Jr., who gave several examples in which this happened in his own fund.

So we wanted to look at which investors might have gotten exposure (aka equity) in unicorn exits by virtue of having their portfolio companies acquired by unicorns. We’ll call these “backdoor unicorns” – a somewhat unfortunate name we know.

Specifically, we used CB Insights’ Acquirer Analytics tool to analyze the pre-IPO acquisition activity of the 10 largest US tech IPO exits over the past five years which included:

Not surprisingly, Facebook is the largest VC-backed IPO exit by a U.S. company since 2010.  Groupon and Twitter represent the next tier of exit valuations at the time of IPO followed by recent IPO Lending Club and flailing game maker Zynga. 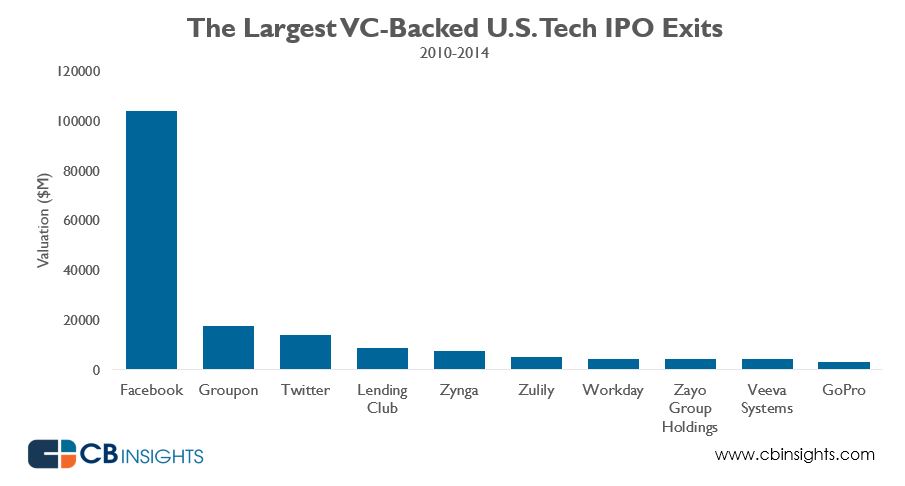 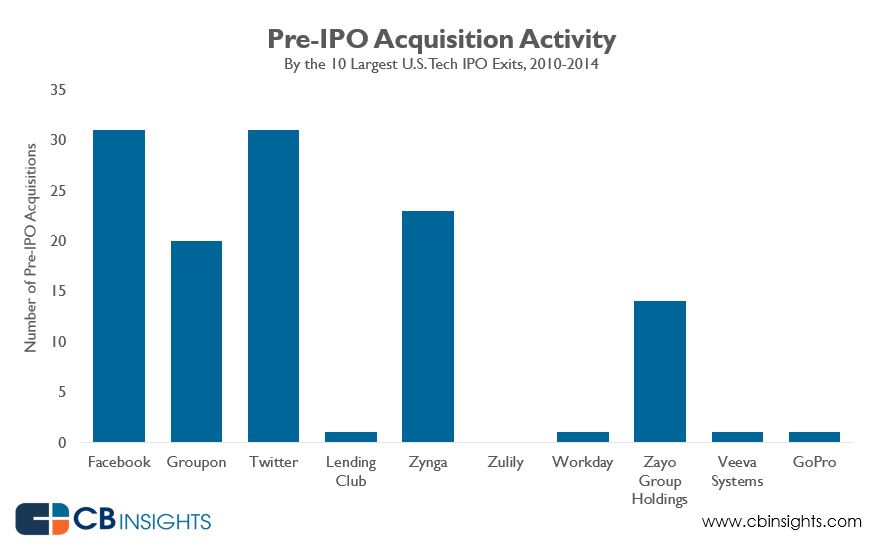 Many of these acquisitions were small ball transactions, sometimes focusing entirely on talent. When we look at these acquisitions to see which are VC-backed, we see Twitter had the highest tally at just under 20. Facebook had the second highest number of VC-backed pre-IPO acquisitions, followed by Groupon and Zynga, respectively. 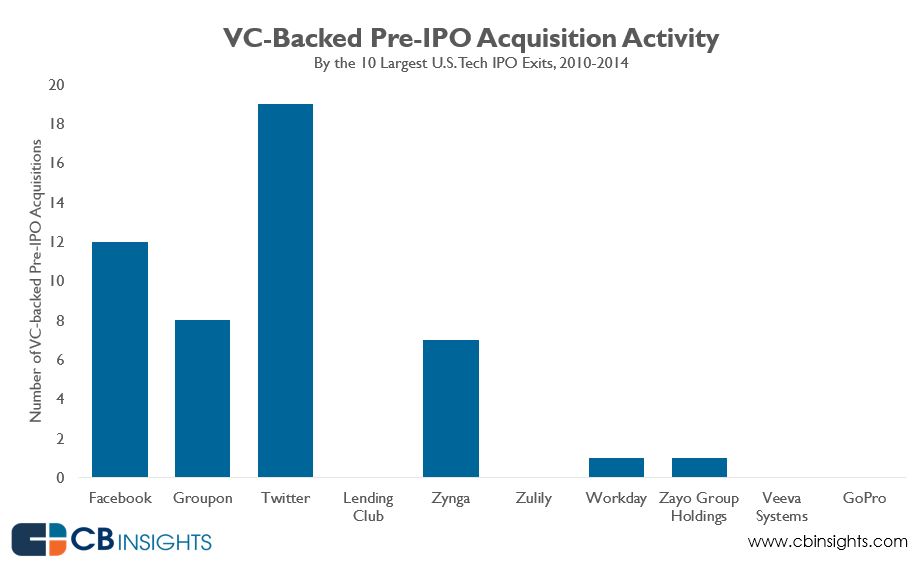 The most prominent VC investors in backdoor unicorns

On the investor front, SV Angel had the highest number of portfolio companies acquired including Gowalla (Facebook), Lightbox (Facebook) and Tweetdeck (Twitter). Sequoia Capital and Accel Partners each had five companies acquired by one of the eventual unicorns.  Of course, Sequoia has done very well with Facebook after the firm’s IPO with the acquisitions of Instagram and WhatsApp.

Below are the VC investors who have had three or more companies acquired by the unicorn firms prior to their IPOs.

Note: We are assuming that these acquisitions resulted in the issuance of acquirer equity to investors. Want to re-create this analysis? Sign up for the CB Insights Venture Capital Database below. It’s free.