California-based early-stage seed fund 500 Startups leads the way as the most active investor in baby and kid tech since 2013.

With technology catering to every age group, startups focusing on products and services geared toward babies and kids have seen an increasing amount of investor interest over the last several years.

Specifically, the baby and kids tech space saw records highs in deals and disclosed equity funding in 2016, totaling $1.2B over 176 deals. In 2017, the category is on pace to set yet another record in deal activity, with 185 deals expected by year-end based on the current run rate.

We used CB Insights data to identify the baby and kid tech sector’s most active venture capital investors as well as the companies they’ve invested in, 2013 – 2017 YTD.

Note: Our infographic below contains companies that may have ceased operations or been acquired. 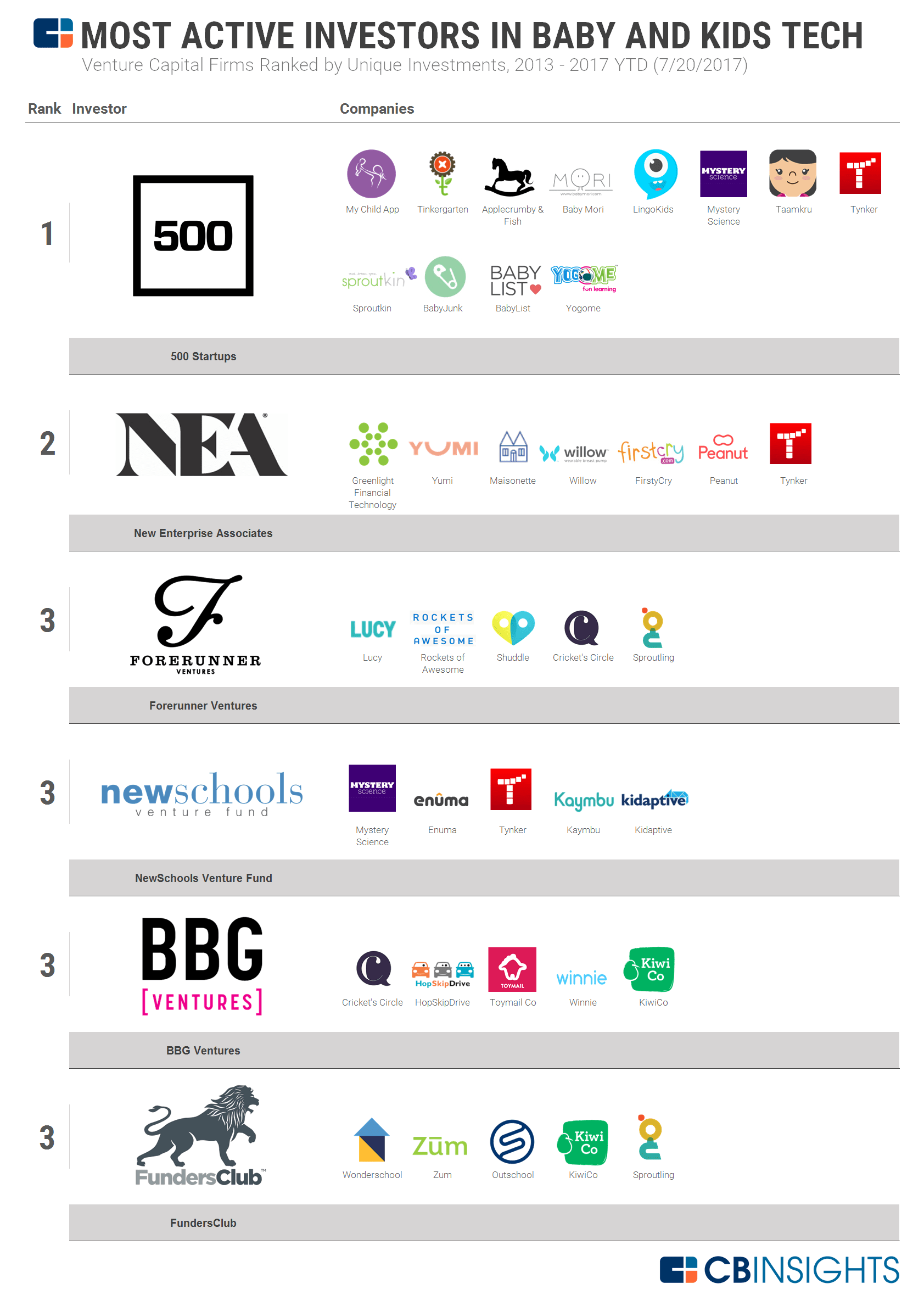 Key takeaways from the table above include: