If AWS were to become its own independent business, it would be the fifth-largest enterprise technology business in the world by revenue.

But at its current growth rate, AWS may soon overtake SAP to become the fourth-largest enterprise technology business. 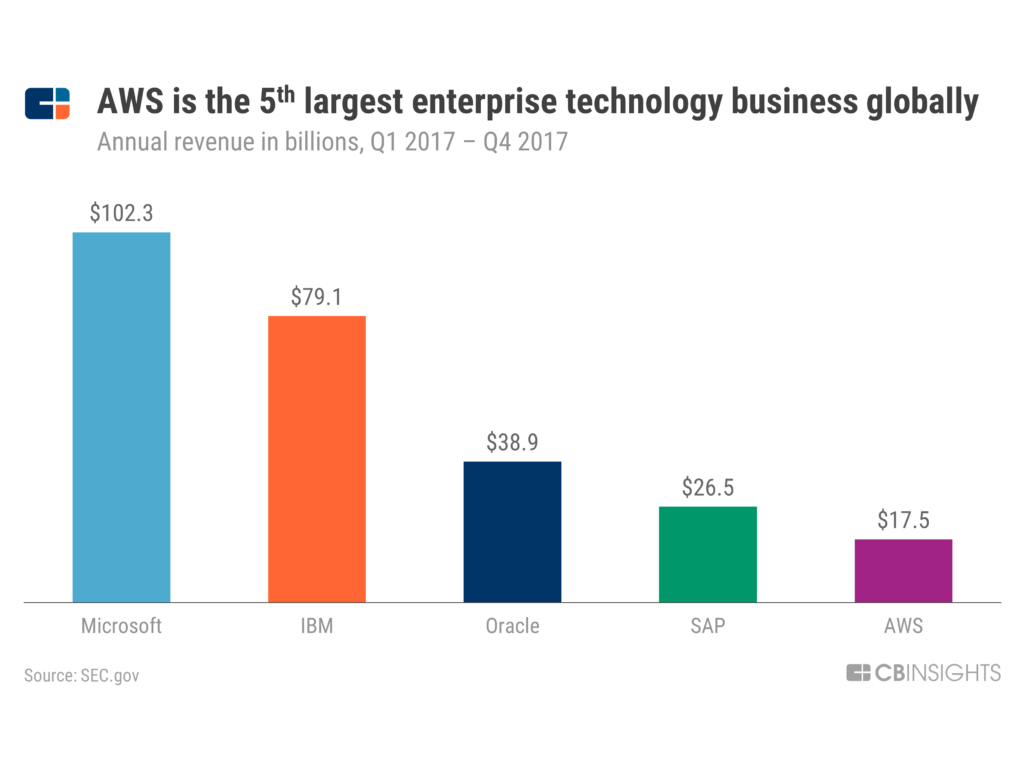 Other insights and highlights: