Research Brief
2230
Auto tech investors have their foot on the gas as we move toward a world of connected cars.

With tech giants and auto makers involved in a race to deploy self-driving cars, there’s renewed attention on auto tech. A flurry of new auto tech startups have been funded in the last few years, and some notable companies have emerged, including driver-assistance technology firm Mobileye, which raised a $400M round in 2013 ahead of its August 2014 IPO (and currently trades with a market cap over $10B).

With this activity in mind, we used CB Insights data to map out the funding trends in the space. We define auto tech as companies that use software to improve the safety and efficiency in cars, specifically looking at:

This year has so far seen more than $370M deployed in auto tech companies through 10/27/15, with several large ($20M+) financings in the mix, including deals to Telogis, SmartDrive Systems, and Argus Cybersecurity.

Deals are on track to hit a record high this year of nearly 40 by year-end, if current trends persist.

There was a funding spike in 2013, when financing hit $572M on 27 deals, but the dollars were largely driven by Mobileye‘s aforementioned $400M round. 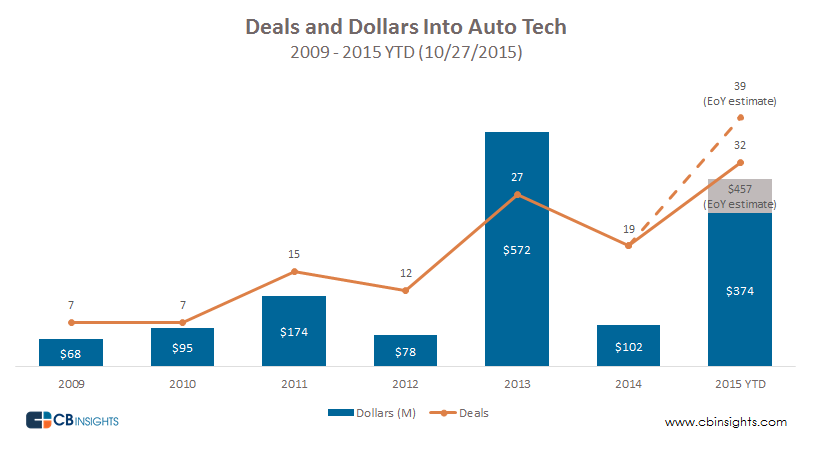 By geography, California has the most deals with more than 60 since 2009, with the state being one of the few to pass definitive legislation for companies to test auto tech on the streets. A lot of activity has been happening internationally, especially in Asia. The successful IPO of Mobileye paved the way for other Israeli companies like Argus Cybersecurity and Autotalks, and there have been several financings in India and China as well, including deals going to CarIQ Technologies and AutoBot. 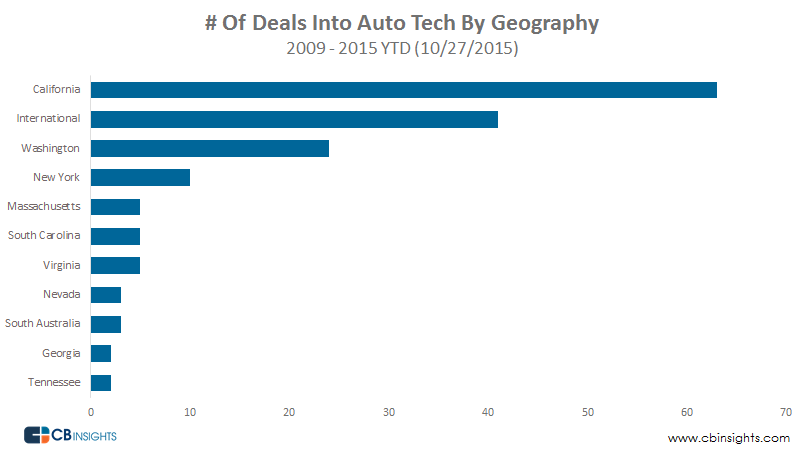 The table below is ordered from top to bottom, ranking the most active investors by number of unique companies they have invested in. 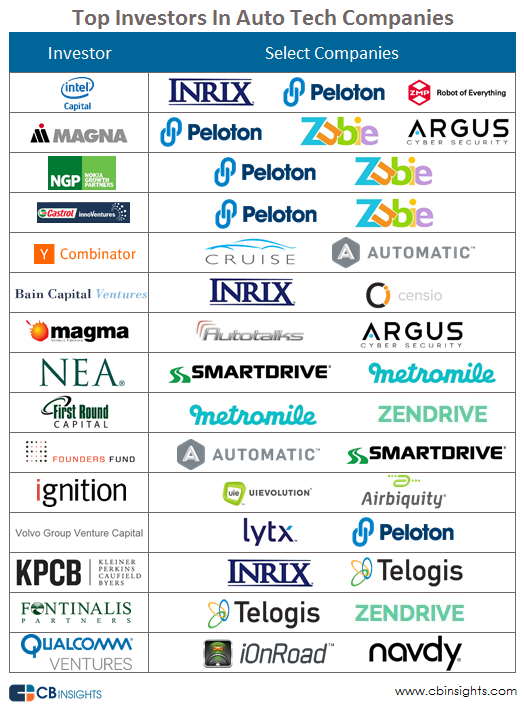