Auto tech deals were up 58% in 2015, while funding jumped 154%. Top investors in the space include a mix of VCs, CVCs, and corporates.

Investor and corporate interest in auto tech continues to heat up as various stakeholders jockey to control the future of personal transportation.

This year has already seen a number of seed deals to new autonomous driving startups, such as the MIT spinoff nuTonomy and George Hotz’s comma.ai. GM’s acquisition of Cruise Automation just weeks ago added more fuel to the fire, with GM reportedly paying $1B+ for the self-driving tech startup.

With this activity in mind, we used CB Insights data to analyze the funding trends in the space. We define auto tech as companies that use software to improve safety, convenience, and efficiency in cars, specifically looking at:

2015 saw investors deploy $409M into auto tech companies across a record 41 deals, putting the year up 154% on a funding basis and 58% on a deals basis. The dollar figure would have easily been a high as well, if not for 2013’s funding spike (driven by a $400M round to the now-public Mobileye). 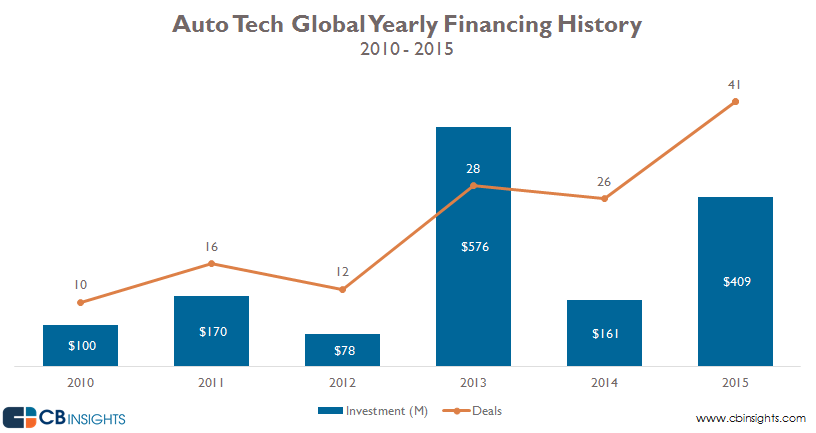 Looking at deal share by investment stage, early-stage (seed/angel and Series A) deals have dominated since 2012, taking anywhere from 43% to 75% of annual deals.

2015 saw a notable surge in Series A deal share, rising to 44% from just 19% the year prior. This uptick occurred as many auto tech startups seeded in years prior began to receive Series A rounds, including Cruise, Peloton Technology, and Swift Navigation.

The “other” category includes convertible notes, corporate minority rounds, and equity rounds not attributed to a particular stage. 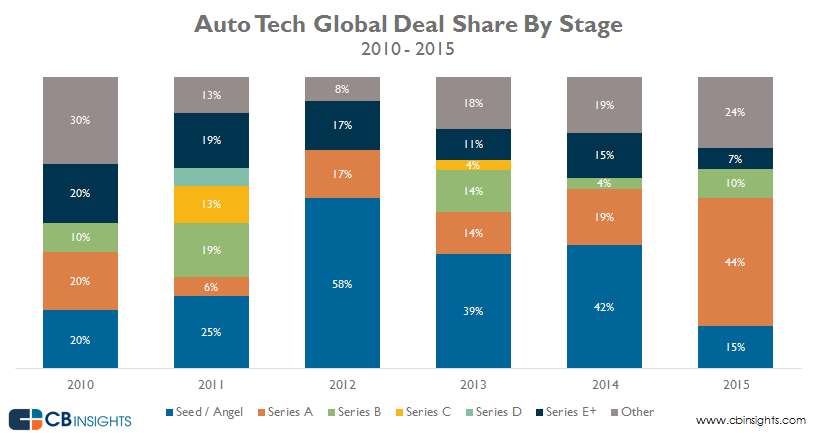 California comfortably leads other geographies in deal terms, with more than 50 auto tech deals since 2010. In fact, many major automakers have established outposts in Silicon Valley as they seek to stay abreast of automotive innovation. 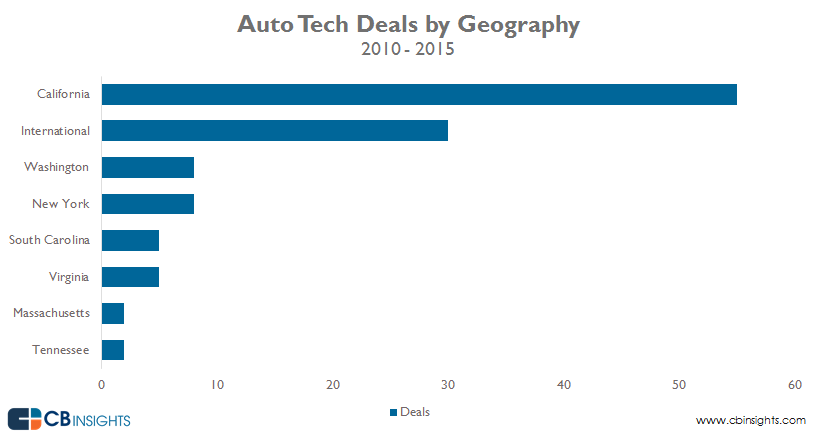 In our list of most active investors in auto tech, we see that corporate VCs are particularly well-represented (the list is not ranked).

Intel Capital is the most active of the group, making a number of connected car investments. Qualcomm Ventures notably held a stake in Cruise Automation; Felicis Ventures was also an early investor to the self-driving tech startup.

Elsewhere on the list, we see a healthy assortment of corporates such as the automotive supplier Magna International, as well as VC stalwarts like NEA and First Round Capital. Fontinalis Partners, a Detroit-headquartered VC focused on next-generation transportation startups, is unsurprisingly an active player here. 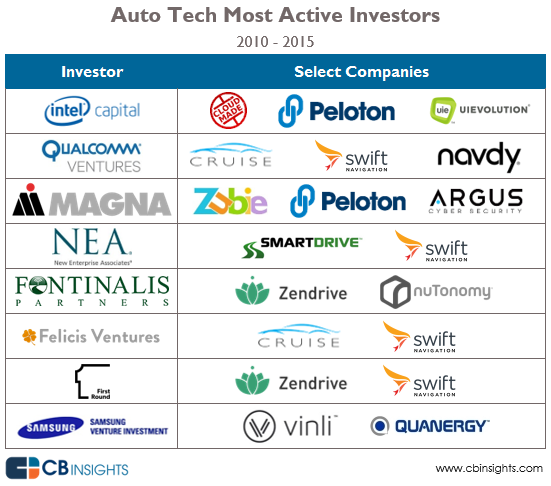