Private markets investment into auto and logistics tech is hitting record highs as investors and startup entrepreneurs probe for opportunities in staid, multi-billion-dollar transportation industries. Corporations of all stripes are heavily engaged in their own research here as well, with a range of insurers linked to autonomous vehicle patents and Amazon detailing plans for an airborne warehouse for drone fulfillment.

Using the CB Insights patent search engine, we’ve dug into a series of recently published applications and grants in these fields from a diverse range of players from Google, Uber, Ford, and beyond.

We’ll be updating this list with new applications and grants of interest as they are published, with older documents towards the bottom. CB Insights subscribers can access and search each of the patents by clicking the respective headers.

In the absence of the usual facial expressions and hand gestures from human drivers, researchers are pondering how autonomous vehicles will communicate with and telegraph intent to outside parties like pedestrians and other drivers.

Uber’s patent application details a few of its ideas to address this issue, ranging from body-mounted displays to a virtual driver projected on the windshield. 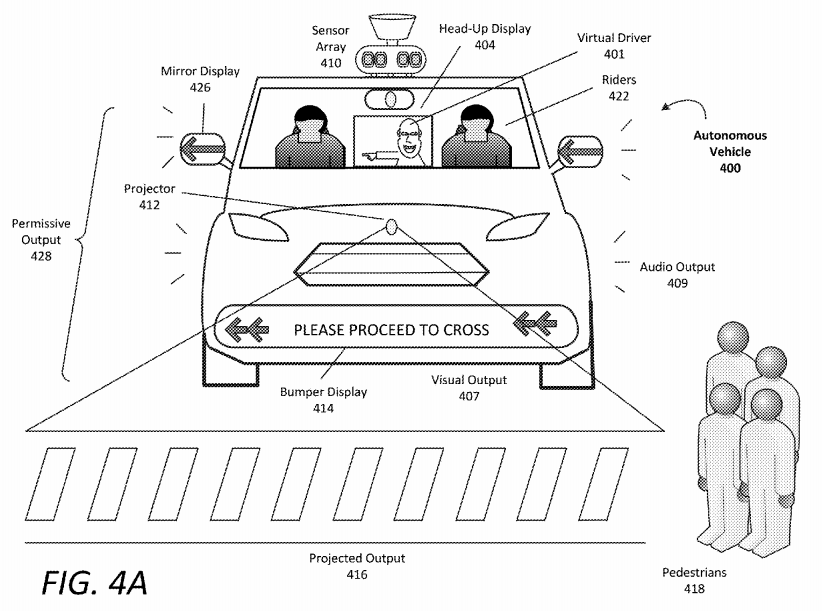 Once exclusive to aircraft pilots and science fiction media, head-up (or heads-up) displays (HUDs) are now widely available across luxury automobiles, and are becoming more common among mainstream vehicles as well. A Ford patent application describes an HUD system moving further into the realm of augmented reality:

Unlike current HUDs, which typically project onto a small fraction of the windscreen, the patent application describes a system that could overlay media cues onto passing environmental features across a windshield, as well as creating virtual elements (e.g. signs). Such media events could include timing information on upcoming media tracks, news, and advertising breaks.

This Uber patent application for a “city planning tool” ties directly to the company’s recently-unveiled Movement tool, which provides urban planners and policymakers access to travel times and traffic patterns from select Uber cities. As an example use case, the application details how the tool can be used to gauge average vehicle speeds on selected streets before and after a construction project. 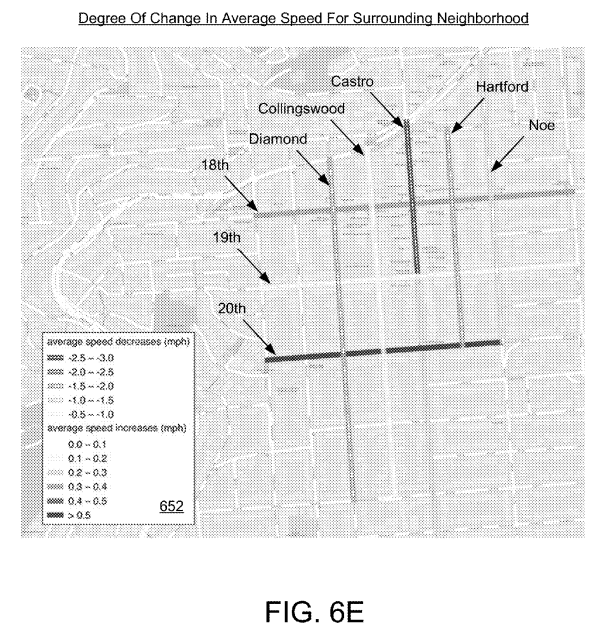 On the heels of a deluge of negative publicity in 2017 (comebined with a generally antagonistic relationship with local governments), Uber Movement represents a rare olive branch from the company. The patent’s filing dates back to October 2015, showing that the tool has been in gestation for several years.

This Ford patent application outlines a system for projecting visual content onto a vehicle’s windscreen. The system described includes a pair of projectors and privacy filters between the projectors and windscreen, enabling driver and passenger to view their own content. The driver, for example, could view navigational data overlaid on the screen, while the passenger could simultaneously be watching a movie.

Beyond automakers and tech companies, media providers and marketers are also eyeing windshield real estate for the opportunities presented by the convergence of AR/MR/VR and autonomous driving technologies. 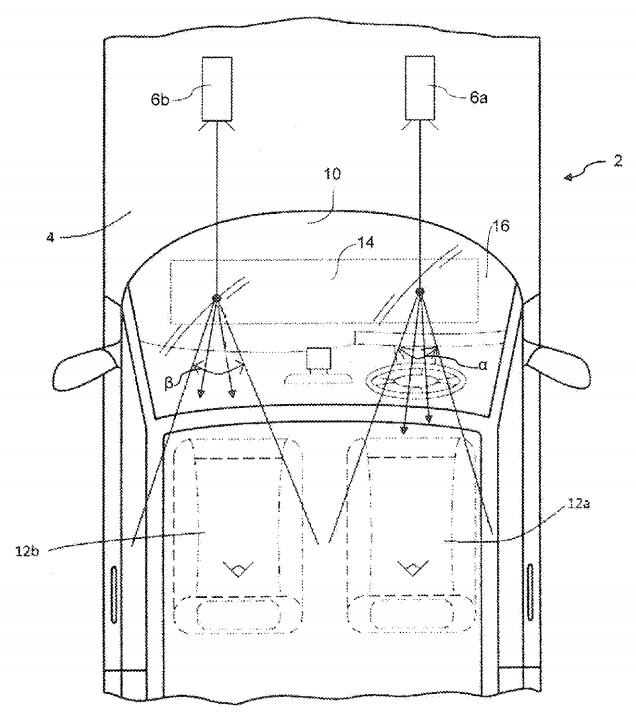 Amazon’s Prime Air concept triggered an explosion of startup and corporate interest in automated drones capable of fulfilling final-leg deliveries. However, drone designs to date have had limited speed, range, and capacity, especially when compared to the traditional delivery truck. These limitations have driven the exploration of concepts such as Amazon’s aforementioned flying warehouse or Daimler’s mothership vans.

This grant reveals that IBM is also researching ways to improve upon these shortcomings, detailing various methods for drones to conduct in-flight handoffs of packages. 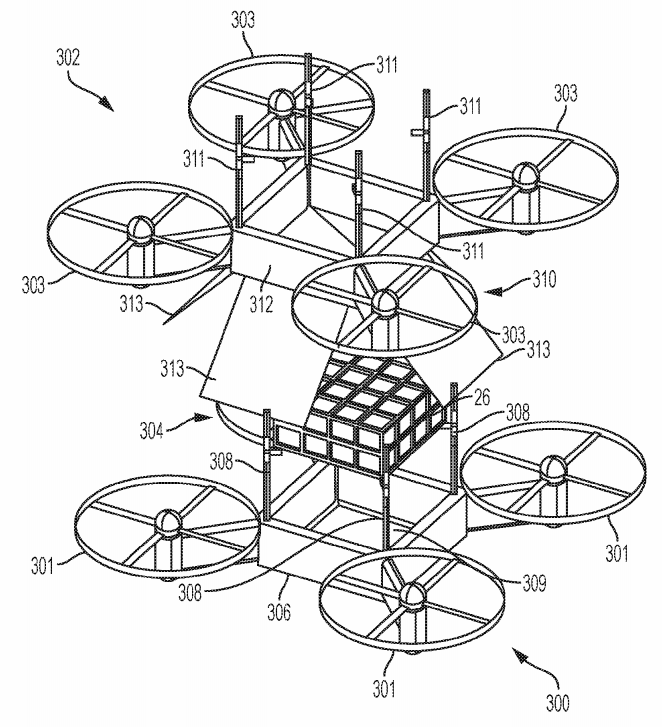 The patent’s description explicitly references last-mile package delivery as a use case: “Embodiments of the present disclosure provide for the delivery of a payload beyond the range or authorized area of operation for a single autonomous drone. Some embodiments of the present disclosure further provide for cooperation between multiple autonomous drones in the delivery of a payload from an originating location, such as a warehouse for example, to a final destination, such as a customer’s home for example.”

As long-range electric vehicles (EVs) slowly become a mainstream reality, automakers and private investors have allocated large amounts of capital into developing EVs as well as the supporting infrastructure they require. A patent granted to Ford addresses the latter need, describing a spring-loaded vehicle charging system that could automatically deploy and fold away into a recessed slot while not in use. 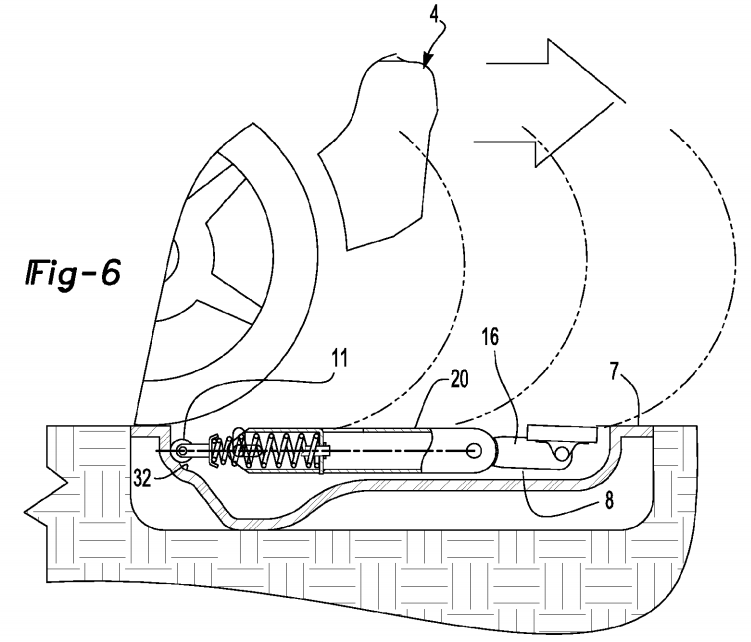 Obviously, this would be a convenient charging system for human drivers. Though not explicitly mentioned in the patent description, such a concept might also be a boon for autonomous electric vehicles, which could automatically dock and recharge at such a station without any need for human intervention.

Other players are also working on solutions that would have similar benefits for self-driving electric cars, such as startup Witricity‘s wireless chargers and Tesla’s slightly disconcerting “snake” charger.

The ride-hailing giant’s self-driving program has made several headlines of late, both positive (with Otto completing its first semi-automated delivery run) and negative (with Uber’s autonomous testing in San Francisco halted by its failure to secure a CA DMV permit).

A patent secured by Uber outlines the company’s efforts to develop a backend system to route autonomous vehicles (AVs) to customer pick-up requests, optimize the route from pick-up to destination, and transmit this route data to the AV in question. 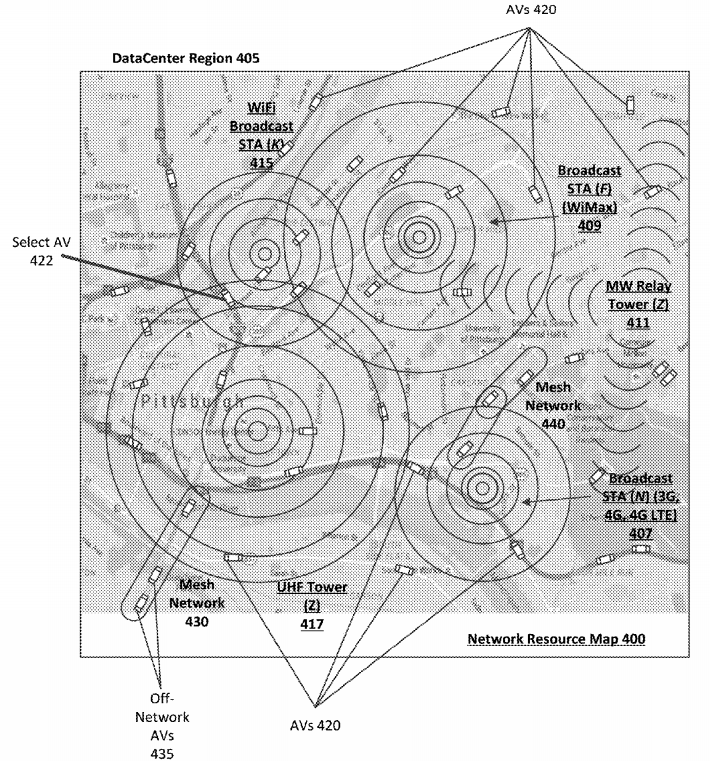 The system would feature a network of base stations that would transmit data, as well as vehicle-to-vehicle (V2V) mesh networks that would enhance coverage between AVs and help communicate data to “off-network” vehicles.

The patent also describes how the data generated by the AVs’ sensor payloads (stereo cameras, LiDAR sensors, etc.) would be continuously processed, compared against the backend database, and uploaded to dynamically update stored submaps.

Goole (Alphabet) was granted a trove of vehicle patents on February 7, 2017, including assisted perception for AVs, predictive vehicle speed control, and even a (fairly pedestrian) autonomous vehicle taillamp. 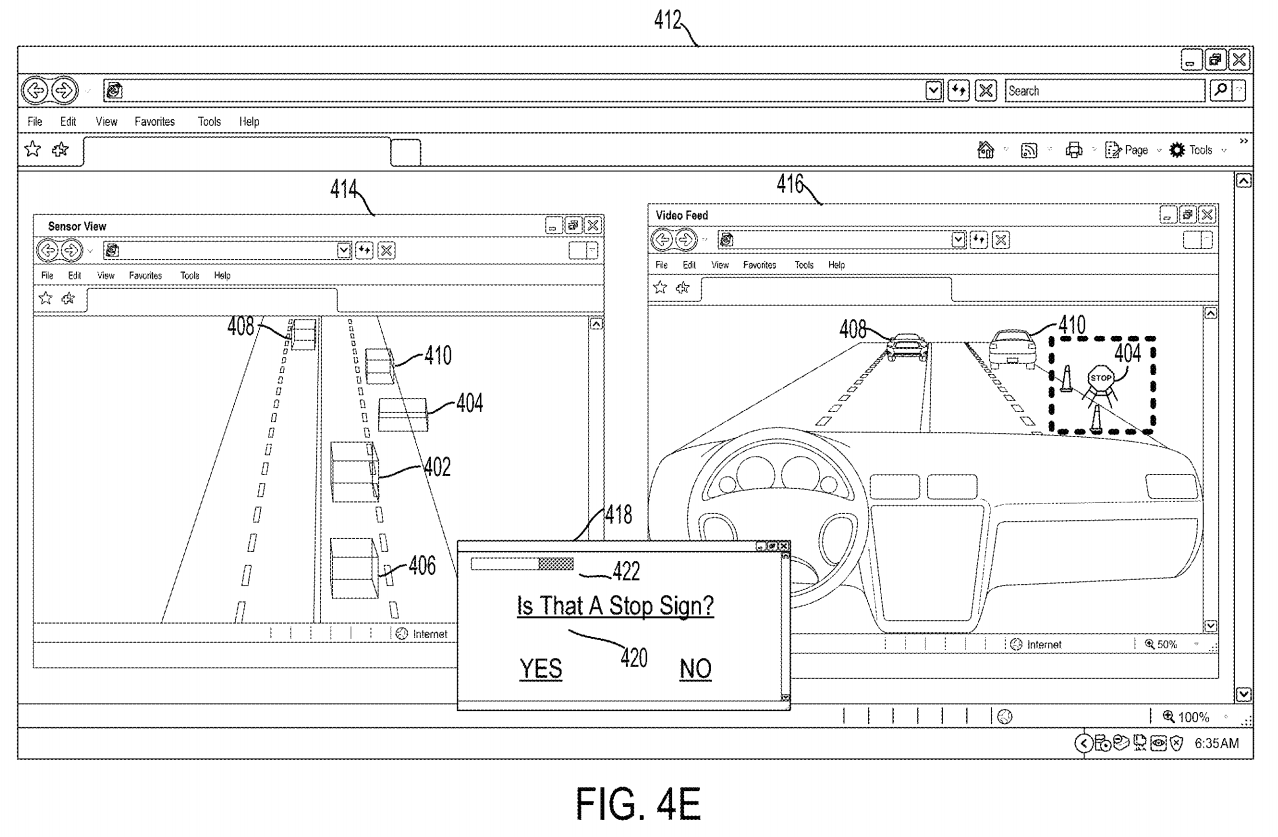 The volume of these patents comes as no surprise, with the company’s self-driving car project (now formally Waymo) making Google to the most active tech corporate in our study of vehicle tech patent activity. Waymo has a number of patents around its novel proprietary LiDAR designs, which were central to its intellectual property suit against former employee Anthony Levandowski and Otto/Uber.