We visualize and analyze the growing number of private market bets made by automakers, including the venture arms of GM, BMW, and Volvo.

Auto tech startups are on pace to secure record levels of deals and funding dollars as investors of all types hunt for opportunities in the space. Meanwhile, automakers are increasingly partnering with tech corporations and startups for auto tech innovation, as more contenders flood the automotive space.

With simultaneous pressure from the rise of electric vehicles, automation, and alternative mobility solutions like ride-hailing, automotive manufacturers are responding with investments and acquisitions across these fields.

We used the CB Insights Business Social Graph to visualize the moves of a dozen automakers active in private markets since 2011:

GM, BMW, Volvo, SAIC, and Audi all have distinct venture arms, while the other corporates are investing directly (CVCs are broken out from their parents in this graphic). The massive Volkswagen Group has had several of its subsidiary brands making distinct investments, including Porsche and Audi. Daimler’s activity includes that of their mobility subsidiary, moovel.

Click on the image below to enlarge. Green lines indicate investments and red lines signify acquisitions. 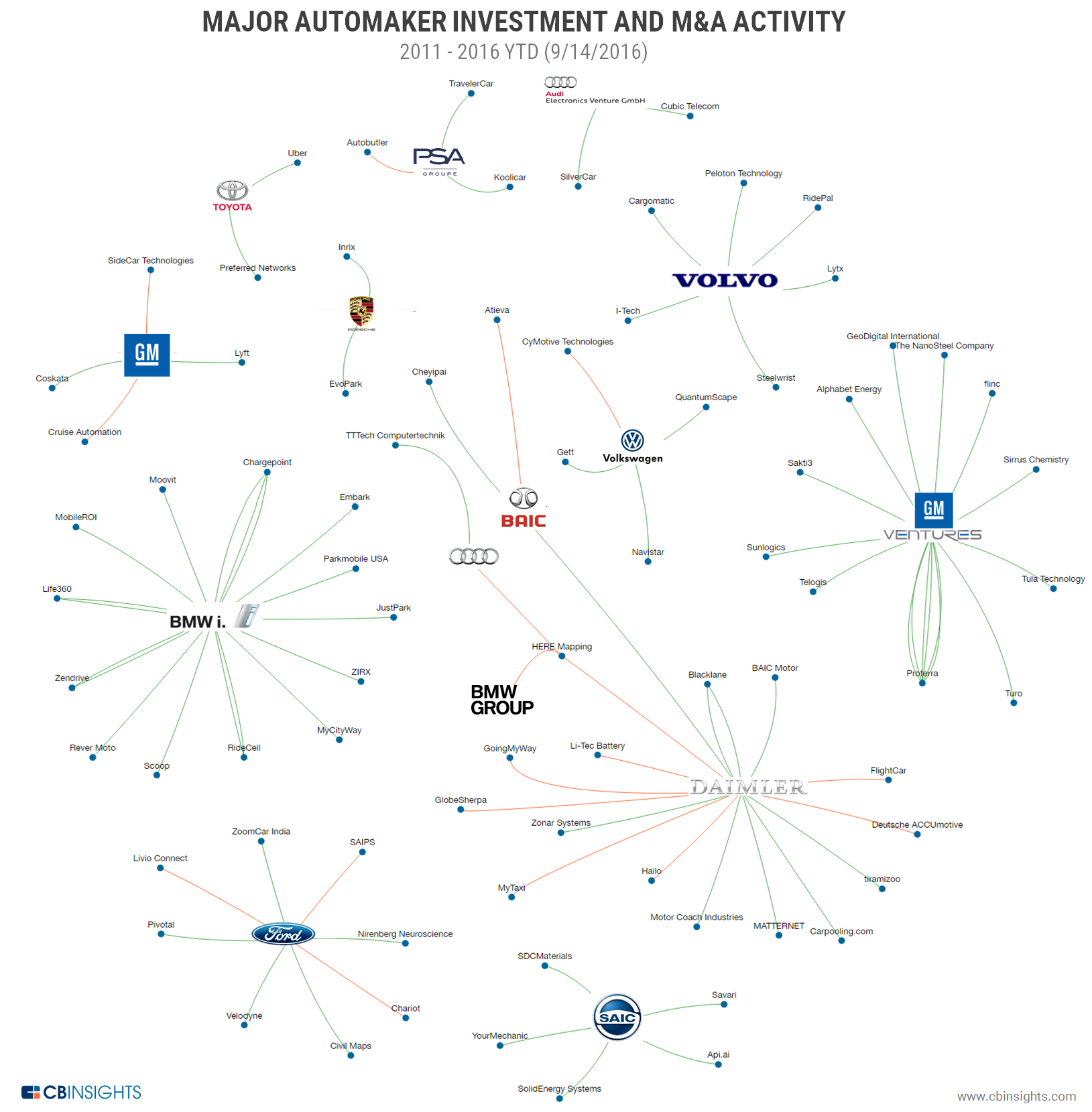 We pulled out some further insights from the CB Insights database:

Looking for more data on private companies in auto tech? Sign up for the CB Insights tech market intelligence platform for free below.