Austin Ventures was Austin’s oldest and most well-known VC firm so when it shut down recently, there was some concern about what this means for the Austin tech scene. The reality as we previously revealed is that Austin Ventures was showing signs of being a zombie VC already

When we analyze CB Insights data, we see is that while Austin has lost an iconic venture firm with which it shared a name, the tech scene will be just fine without it.

We dig into the data below. 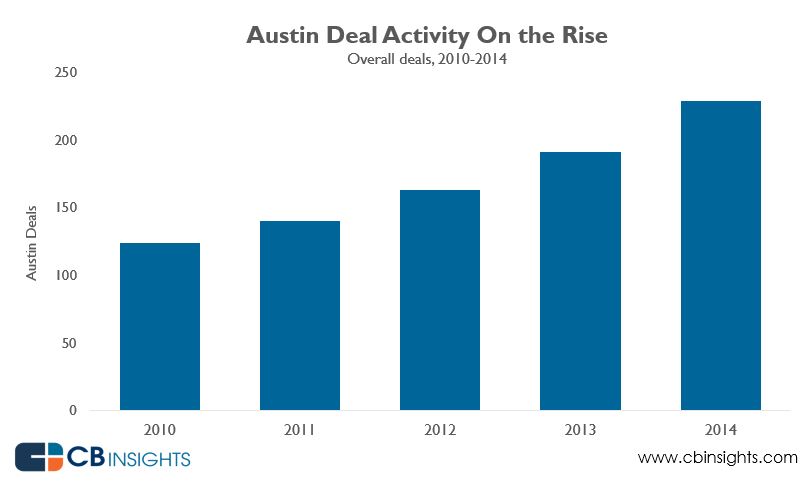 But while Austin has seen more deal activity as a whole over the past few years, Austin Ventures remained largely consistent in the number of deals it participated in. As a result, the chart below shows the percentage of Austin Ventures deals in the Austin ecosystem declining to less than 9% by last year. 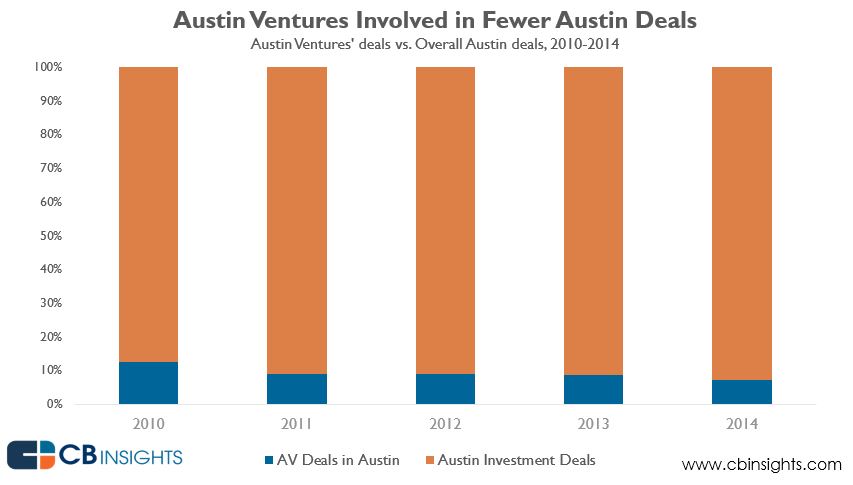 Next, we looked at Austin Ventures’ participation in new or first-time investment deals to Austin startups. New investments into Austin companies have showed a more consistent trend over the past five years but have been on the upswing since 2012, as the chart below highlights. 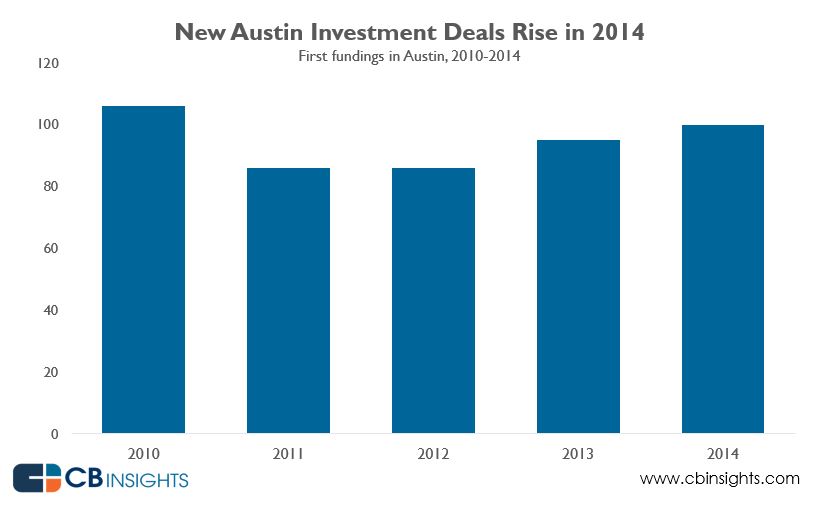 But when we pull back Austin Ventures’ involvement in these first fundings, the firm’s diminishing role in the ecosystem becomes more apparent. In 2010, Austin Ventures accounted for 15% of new investment deals in Austin but, five years later, that figure had fallen to 4%. With its last fund raise in 2008, this makes sense as the firm was committing most of its funding to follow-on deals into existing portfolio companies. 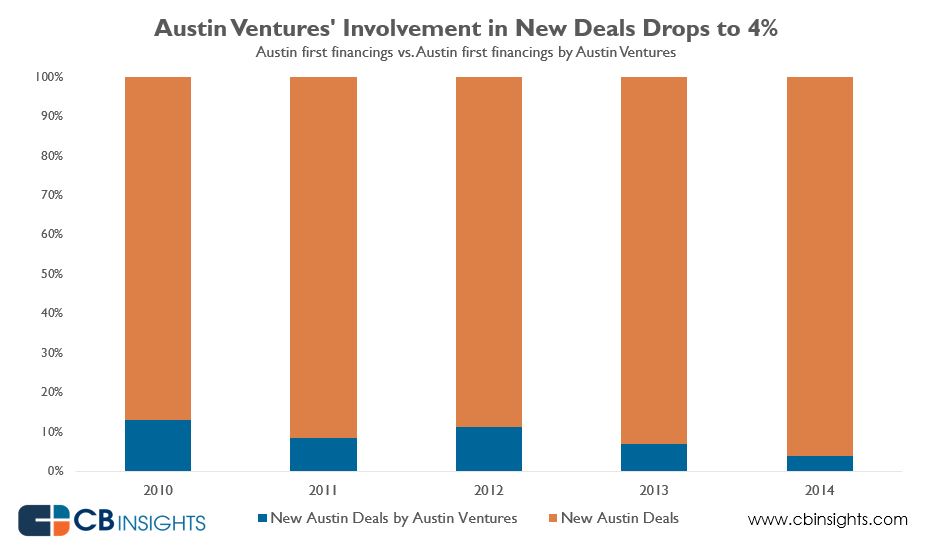 As Austin-based entrepreneur Joshua Baer wrote in a detailed post on Medium:

“When AV started the world of startups and venture capital was very different than it is today. In the old days of enterprise software, it took a lot more money to start a company and validate its business model.

For over 20 years, Austin Ventures was a prominent force not just in Austin but in the venture ecosystem as a whole. But as the data shows, the firm has 1) been in fewer and fewer of Austin’s increasing deals and 2) barely played a role in new early-stage Austin deals as of late. So while the demise of the firm is a notable development, the effect on Austin’s tech scene’s overall health is largely a non-event in terms of activity in the market. 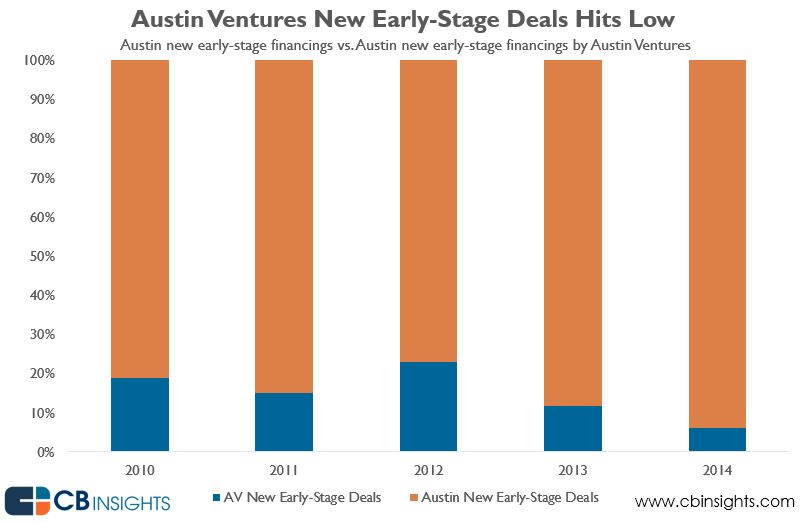 Want to dig into Austin’s tech financing and M&A activity?Check out the CB Insights Venture Capital Database. Sign up free below.