Research Brief
3203
In lockstep with the overall venture climate, dealmaking to both AR and VR fell in Q2'16.

Augmented and virtual reality startups have been an exciting area for investment, drawing in a combined $729M in funding over 139 deals last year. In the wake of Facebook‘s high-profile acquisition of Oculus VR for $2B in 2014, corporate M&A in the space has also grown more frequent.

But which area — AR or VR — is driving more investment?

Using CB Insights data, we looked at a breakdown of investment trends between AR and VR, along with startups serving both areas.

In lockstep with the overall venture climate, dealmaking to both AR and VR fell in Q2’16. VR, which has typically seen more deal activity than AR, saw its deal volume fall from 31 to 23 deals, a 26% drop in deal volume quarter-over-quarter. Similarly, AR saw only 6 deals this quarter, compared to 8 the quarter prior. 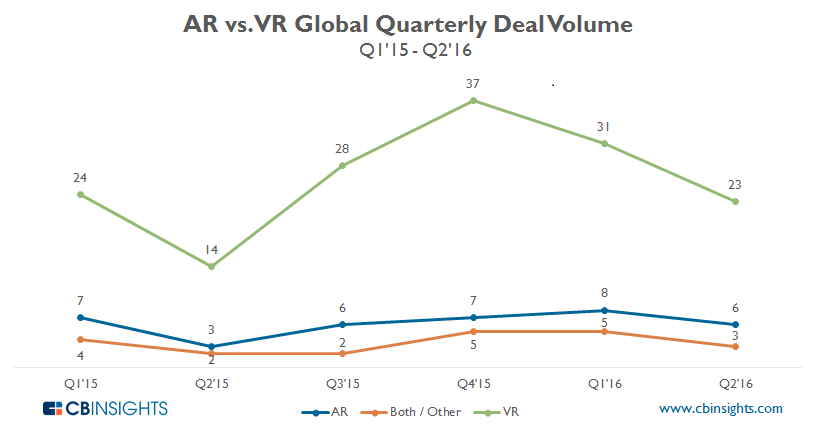 As far as dollars invested, Q2’16 was also a weak quarter. Q1’16 saw AR funding spike, nearly entirely due to Magic Leap’s massive $794M Series C round. But, even removing that mega-round from the Q1’16 tally (which would have left the quarter with roughly $300M in funding), Q2’16 still would have represented a fall in dollars invested into the AR/VR ecosystem. 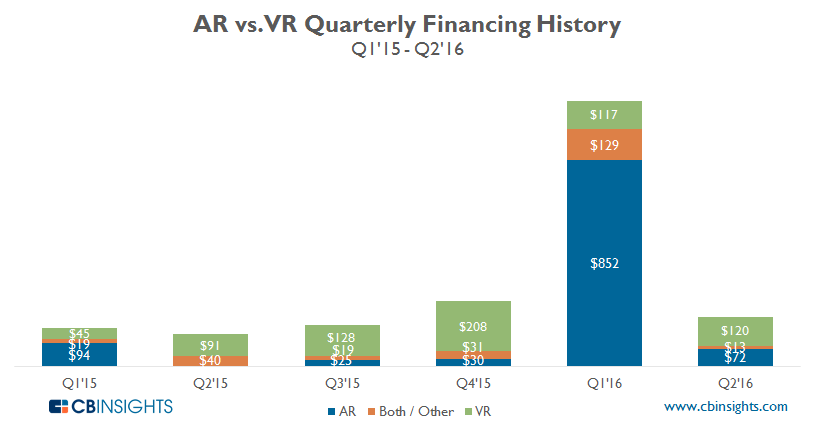 Despite the dud quarter, 2016 deal volume is on track to see year-over-year growth in all categories. At the current run-rate, AR deal activity will increase by nearly 40%, and VR will increase by more than 25%. Deals to startups working in both technologies are also on track for nearly 40% growth. 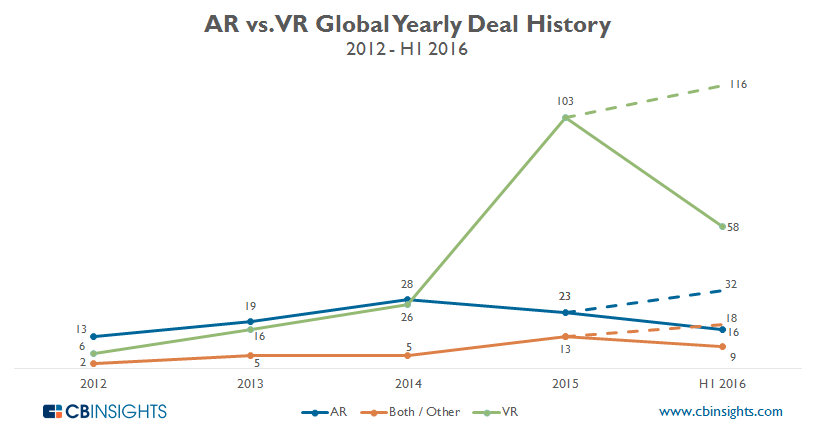 Thanks to Magic Leap‘s massive $794M Series C, the first half of 2016 already represents significant growth over 2015. In this year’s first half, VR deals have already amounted to $258M, which means that the run-rate puts 2016 on pace to finish at 10% year-over-year growth in VR funding. 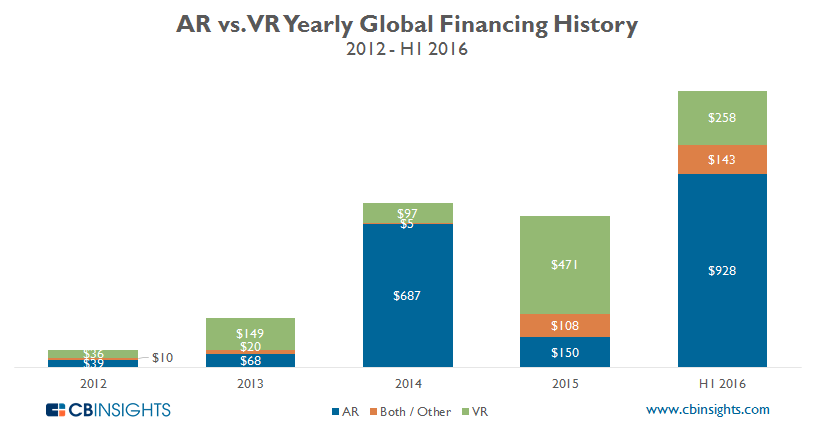